I can’t think about summer without remembering the many summer interns who have passed through the doors at Raising Arizona Kids over the years. Every once in awhile, usually thanks to social media, I’ll get an unexpected update that brings me a smile and a huge sense of pride as I see the many interesting and important ways their lives have evolved.

Most recently, that reminder came courtesy of Instagram, where I saw a delightful image of Emma Zang-Schwartz, who first came to RAK as a high school junior. (That is much younger than we typically accepted interns, but she was an honors student who came highly recommended). I will never forget the resilience of this young woman, who suffered from a chronic, months-long laryngitis caused by a virus. Though she could barely speak above a whisper that entire time she was with us, she always came to work with a smile and optimism that her voice would eventually heal.

When in June 2010 our office was severely flooded (a pipe burst in the suite overhead), Emma jumped in to salvage furniture, computers and supplies. She helped us move our office into temporary headquarters in my home and move back to the office several months later. She was a true member of our team and our magazine family.

Emma went on to graduate from Harvey-Mudd College in California and got her master’s degree in sociomedical sciences at Columbia. Recently, she has been working in educational programming at Sesame Workshop.

Melissa Eddy (now Campana) came to us as a college intern. She worked as a full-time staff member for a short time after she graduated. She moved to a different job, got married, had a daughter, moved to Italy (!), had twin daughters (!!), came back to us for a short time as a writer and then decided she was spending enough time in “parenting” mode and wanted to move her writing in a different direction. She is now a frequent contributor to Phoenix New Times and recently performed a reading of her work at one of the newspaper’s Barflies storytelling events.

Amy Vogelsang came to us through the internship program at the Walter Cronkite School of Journalism and Mass Communication at Arizona State University. She was a talented writer and photographer who did a sensitive and wonderful story about a local family in which both parents are profoundly deaf but their children have typical hearing. (Amy is fluent in American Sign Language and conducted part of her interview that way.) I couldn’t have been more thrilled when Amy graduated and landed a job as a reporter at the Roswell Daily Record in New Mexico (though we couldn’t help teasing her about avoiding the UFOs).

The roster of former RAK interns is too large for me to give you updates on all of them. But I can’t leave this space without a shout out to my favorite former male intern, Robert Balint. Robert’s mother, Vicki Louk Balint, worked with RAK for many years before she and her husband moved to Virginia to be closer to family. She knew that Robert, a Brophy College Preparatory graduate, had skills we could put to good use.

When I gave Robert a few story assignments, I was blown away. This kid had a real talent and a unique voice as a writer. He also had a “can do” attitude that meant he never said “no” to anything — including a request that he model for a photo shoot about sports physicals for high-school athletes.

I was privileged to write a letter of recommendation for Robert when he applied to be a Fulbright Scholar, and was delighted (but not surprised) when he got it. After spending some time living and teaching in South America, he returned home. He and some buddies spent months hiking the nearly 2,200-mile long Appalachian Trail. (Robert blogged throughout the experience, painstakingly typing on his iPhone keypad). Apparently that wasn’t enough of a challenge: Soon after he returned, he joined the Marine Corps, where he recently completed a grueling physical endurance test as part of his training.

I am pleased to report that Robert continues to write. In fact, he just won first-place honors in the Gen. Robert A. Hogaboom Leadership Writing Contest. The application website describes the contest as requiring authors to “take an honest, realistic look at what leadership, either positive or negative, means to them and then articulate ways and methods of being an effective leader of Marines.”

Since writing this column for publication, I have learned about the current pursuits of some other former RAK interns. I’m proud to share news about these additional smart, talented and dedicated young people. 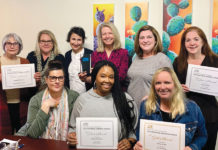 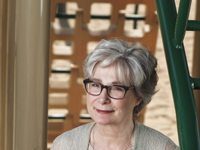 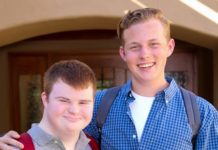