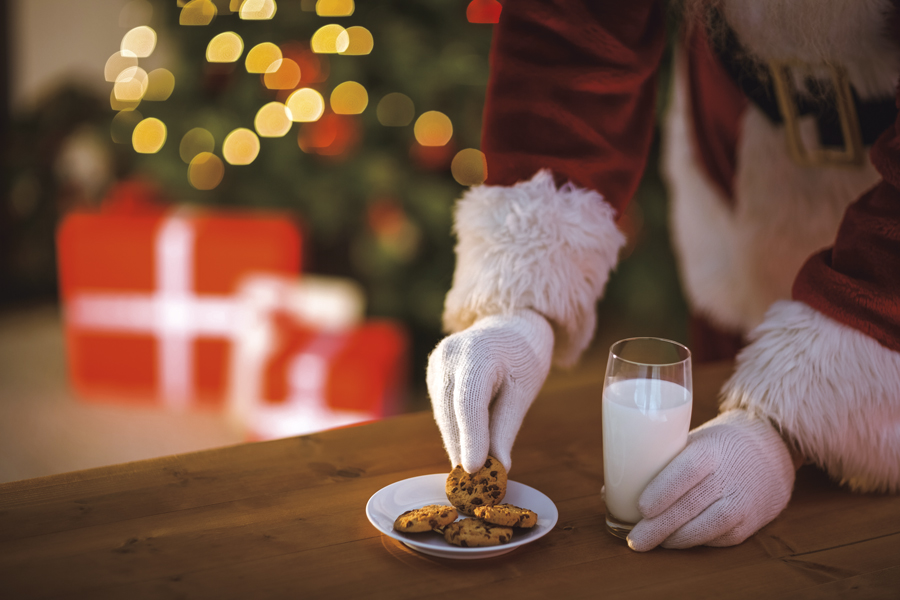 We were driving home from school one day when my daughter asked the Santa Question. I tried to dodge.

“How was school, honey? What fun things did you learn?”

“I think you and Dad are Santa,” she said.

“What are you talking about?” I tried. “Who do you think brings all the presents under the Christmas tree?”

Seconds later she moved on, but the discussion stayed with me. Should I have told her the truth? What if she found out at school, or a friend let it slip? Would she ever trust me again?

I did what any parent in this situation would do. I Googled. Viewpoints varied. Some parents want the wonder continue as long as it can. Others advocate for truth. Most kids will get curious by age 9, says Monisha Vasa, a California psychiatrist.

“The most important thing is to tune into your child — his or her age, temperament, and developmental level,” says Vasa. “Listen closely to their questions as the best gauge of their readiness to have the conversation.”

I also asked three local moms how they tackled this age-old dilemma.

Kristen Blanford, a Scottsdale mom of three, advocates for honesty if asked directly.

“All of my kids were different,” she says. “My oldest asked me when he was 7, and we had decided we were not going lie to our kids if they asked, so I answered honestly.”

Blanford recommends asking, “Well, what do you think?” to start a dialogue and to guide kids through the process of learning this new information.

“Most kids figure it out by 12,” she adds. “Let them enjoy the wonder until then.”

Jennifer Clark, a Scottsdale mother of five, said she “never confirmed that there wasn’t a Santa.” Her philosophy was: If you don’t believe, you don’t receive!

“There is so little innocence left in life, and this is a magical and innocent holiday with roots founded in the birth of an infant and more than just material pursuits,” Clark says, adding her husband, Randy, and their older kids “made an effort to preserve the magic in Christmas for the younger ones through the years.”

Clark says she continued to put out a plate of cookies for Santa and carrots for the reindeer — plus Baileys Irish Cream for her and her husband. “We drank the Baileys in our closet, surrounded by bits of ribbon and balled-up pieces of unused wrapping paper, ate the cookies and carrots [and] liberally scattered the crumbs on our coffee table, just like Santa would.”

To this day, 29 years after the birth of their first child, she checks her kids’ bedrooms to make sure they are sleeping before putting gifts under the tree.

Kerry D’Ortenzio, a Phoenix mom of four, and her husband, Mario, decided they didn’t want to spoil the fun. They let their children believe as long as they could.

They did impose one rule. If any of the children asked about it, “We wouldn’t lie.” However, she always responded by first asking, “What do you think?” in an effort to let them come to their own conclusions and perhaps believe a little longer.

“There isn’t a time when they necessarily need to know,” D’Ortenzio says. “Let them enjoy the mystery and wonder as long as they possibly can.”

As with most parenting decisions, I learned that families have to do what works for them. Though I’m still not certain where I land, I want my daughter to have a sense of wonder and believe that a certain degree of magic exists in the world. Call me old-fashioned, but believing in Santa is a place of hope. 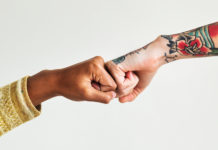 HEALTHY LOVE HABITS: Parenting Your Newborn as a Team 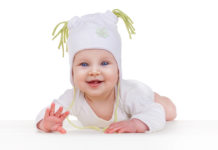 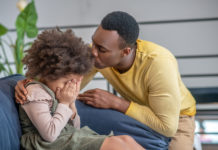