If you’ve ever had trouble finding a babysitter — and, let’s face it, most moms and dads have — you know how frustrating it can be. That’s exactly why a whole new online industry is growing up around child care.

There are literally dozens of online babysitting services to choose from — including Sittercity.com, Care.com, Busybeesbabysitting.com and, newcomer to Phoenix, Urbansitter.com. The services are changing the way some parents find babysitters, and for many, taking some of the hassle out of lining up a caregiver.

“They typical babysitting interaction with a neighborhood girl takes at least 10 texts back and forth before we settle on all the details,” Clyde says. “And sometimes if that girl is at school or work, there could be a big gap in time before I know if I have a sitter or not; 24 hours could go by.”

At Care.com, for example, parents can find pictures of the sitters, ratings, profiles, qualifications and details about how far the babysitter is willing to travel. It’s the same for most online sites, including per-hour rates and the area where a sitter lives.

What Clyde likes most about Urbansitter.com, the site she’s been using for the last year, is that there is also a video component to each babysitter’s profile.

“I think the interesting part of it that I didn’t really expect was that my daughter could watch the videos, and she kind of got to pick the babysitter,” says Clyde, mom to 13-year-old Zoe, 10-year-old Alex and 6-year-old Mia. “She would say, ‘Oh, I want her to be my babysitter,’ and so it was nice, because she’d seen the person before they came to sit.”

Most sites also post parent reviews of the babysitters, and for parents bringing someone into their home for the first time, that can be a big help.

Lynn Perkins, CEO and co-founder of Urbansitter.com, laughs as she explains: “It’s a little like using Uber, except you get to pick the driver.”

This San-Francisco-based company was developed by four women with technology backgrounds who were simply looking for a better way to find someone to watch their children. Perkins herself is also a mother of three, and says what people like most is the ability to see that someone you might know has used a sitter before.

“Our app is heavily based on trust,” she says. “When you come to Urbansitter, we gather info on you — such as where your kids go to school, what church you attend, what parents’ club you might belong to — and that allows us to find good recommendations for you, because we can find sitters for you that people from these groups have also used.”

Babysitters who post their bios on these online sites say they like the flexibility to choose their hours. Some have full-time jobs and only want to babysit part-time or only at certain times of the day or night.

Courtney Toomey, 29, of Phoenix, says, “I love babysitting so much that I do it in addition to my 45-hour work week as a full-time nanny. I’ve met some of the loveliest families that otherwise I would never have met without this site.”

Toomey first signed on to work on Urbansitter.com when she lived in Los Angeles in 2013. Now that the site is expanding into Phoenix, she’s hoping to find more work here, and admits the good reviews she had in LA paid off financially.

“I feel that because I have been on the site so long and have so many positive reviews, I am able to have higher rates than some other people in the same area,” she says.

So what prices are people paying for this convenience? It varies by service, but all make the cost clear once you’re logged on to their sites. Babysitters can charge as much as $13 to $25 per hour, depending on their experience.

As for the sites themselves, Perkins explains the enrollment fees are what pay the bills at Urbansitter.com.

At Care.com, parents find their best deals in long-term memberships, with prices ranging from $39 for one month to a discounted $13 per month for a year-long membership.

A check with the Better Business Bureau about online babysitting services in Arizona revealed that while there is not a specific category for online babysitting services, in the child-care referral industry, there were 78 inquiries so far in 2016 and only one complaint. That complaint dealt with the posting of a client’s personal information, which most online services don’t do.

“Sitters can see the area where I live on the site I use, but they don’t get the address until they’ve accepted the job,” Clyde explains.

What the online babysitter referral comes down to is personal choice. Despite the transparency and background checks some of the sites offer, some parents admit they’d never be able to leave their child with someone they found online.

If you do choose to look for a sitter online, Clyde says, it’s important to do your homework.

“You are bringing this person into your family, so you want to make sure you know as much as you can about them,” she says. 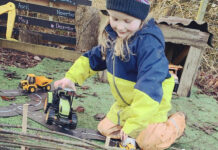 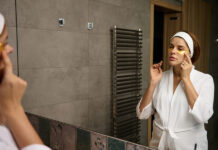 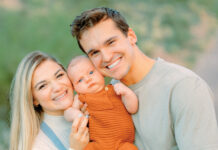