Shana O’Mara, a Gilbert mompreneur and an Arizona native, knows “The Happiest Place on Earth” like the back of her hand.

Her parents honeymooned in Disneyland, and weekend trips to the Anaheim, California, theme park quickly became a family entertainment staple.

“My family are all born and raised Phoenicians, but I would say 90 percent of our family vacations were to Disneyland,” says O’Mara, 35. “Even when my parents split up when I was around 8, they still came together a few years later as friends to take my brother, my sister and (me) to Disneyland. So it’s always had a really special place in our hearts.”

For O’Mara and her 9-year-old daughter Cara, whose first Disneyland visit was at age 2, the magic of spending time at the resort has morphed into a love of all things Disney.

O’Mara has been a Disneyland annual passholder for the last six years. She can recommend a good vegan-friendly restaurant or direct you to the closest family restroom in a snap. After planning a few magical yet wallet-friendly trips for friends as favors, the Northern Arizona University grad realized she had a niche.

“I had a friend one day ask me, ‘Why the heck aren’t you doing this as a business?’ after I helped her save hundreds on airfare and her hotel for a trip,” O’Mara explains. “A lot of people just don’t know where to look for deals, and we can help them find those, plus really help them to have a great time at the park.”

A former faculty member at Le Cordon Bleu in Scottsdale, O’Mara opened The Pixie Planner travel agency on Jan. 1, 2016. It specializes in Disney vacations, but also books trips to international and U.S. destinations. The fee structure is 10 percent or less of the travel package.

“Our price includes a travel concierge for your entire Disney trip. We’re actually here to guide and to teach our customers how to navigate the world of Disney,” she says. “My favorite question (via text) was, ‘I’m at the castle and I need a bread bowl. Where’s the closest one?’ ”’

When it came time to plan her family’s first visit to Disneyland last year, Avondale mom Venetia Horn decided to book through The Pixie Planner.

“My husband is really good at finding deals, so he looked at all the different travel sites like Travelocity and TripAdvisor,” says Horn. “Then I went ahead and had (O’Mara) quote us, and she was able to beat all of those sites by a couple hundred bucks.

“But honestly, I think even if she hadn’t been able to beat them, I still would have gone with her, because she really is a Disney connoisseur,” Horn explains. “I know people can get a good deal here and there, but will it come with help from someone who lives and eats and breathes Disney? I think not.”

“The Pixie Promise is a non-profit that we’re in the process of launching. It’s still in the works, but our goal is to send working families who don’t have paid time off on completely free vacations,” says O’Mara. “We’ll also be focusing on our military families who get such limited time together and often end up just kind of going broke by spending all of their bonuses on that one trip.”

1. Save on parking by staying at a nearby hotel.

“Find a hotel that either has a free shuttle near the (Anaheim) Convention Center or is within in walking distance (to Disneyland) to avoid paying extra for parking,” The Pixie Planner’s Shana O’Mara advises.

This free-with-admission system can cut long wait times on popular rides to about 20 minutes or less. Insert your park ticket into a FastPass machine and return at the designated hourlong timeslot printed on the pass. The system takes awhile to understand, from knowing which rides actually offer them to finding FastPass dispensers near the attractions. “A lot of people don’t know that you can get a new FastPass (at) the time printed at the bottom of the ticket,” says O’Mara. “They think they can only get one or two passes per day, but if you’re using them right, you can get five, six, even seven in a day.” Disneyland will roll out a new digital MaxPass system soon that will let you pre-schedule rides and download all PhotoPass pictures taken in the park for $10 per day. The free FastPass system will remain.

Disneyland and neighboring Disney California Adventure can be overwhelming if you don’t have some idea of what you want to ride or see. Disney princess fans should stop by the Fantasy Faire at Royal Hall for (free) princess visits. Fans of the upcoming “Cars 3” movie will love Radiator Springs Racers in DCA’s Cars Land, and Star Wars fans can battle Darth Vader at Jedi Training in Tomorrowland. Disneyland’s nightly fireworks are worth braving the crowds, and for fans of those sisters from Arendelle, the hourlong “Frozen — Live at the Hyperion” show is a must.

This smartphone app isn’t perfect, but it’s essential. It gives updated wait times for rides; all park restroom and restaurant locations; daily schedules for parades, shows and fireworks; and even times and places to find Disney characters. You can also make dining reservations and preview PhotoPass pictures.

If you have younger kids, a stroller is a lifeline for long days and also offers a convenient place for souvenirs and water bottles. (Staying hydrated is important.) Stroller parking is located near every attraction. Decorate yours with something to make it stand out, or you’ll waste valuable time looking for it in a sea of similar wheels.

6. Stock up on cheaper souvenirs and necessities.

Stores like Dollar Tree are great for affordable Disney-themed kids items from stickers to notebooks, which may help you avoid too many pricey park souvenirs. They’re also great for necessities such as ponchos. “Always pack ponchos, because Southern California can get rainy,” says O’Mara. “They’re also great for water rides — walking around the park in wet clothes for the rest of the day is no good.” 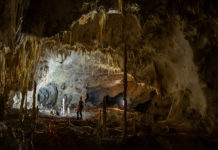 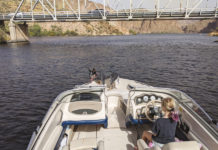 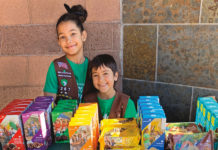