“My mom says I have to sell enough cookies to pay my way to camp,” whispered Shawna Reed, then age 13. Her family had done the math and discovered it was going to take about 2,000 boxes worth of cookie bucks for Shawna to go to camp. It meant hours of hauling around cookies, sitting at card tables in front of Safeway and knocking on doors. Not to mention the tedious recordkeeping required in the pre- laptop days of 1995.

I’m not sure if Shawna’s mom was trying to teach her an important lesson or, with four kids in the family, they truly couldn’t afford camp fees. But I saw Shawna turn into a remarkable entrepreneur that spring. Layers of self-consciousness melted away with each box of Thin Mints she handed over. She became so savvy at profiling potential customers and closing a sale that, within two months, every last box was gone.

It’s a complete pain to sell wrapping paper, magazines, candy and raffle tickets. Usually it’s the parents who end up monitoring sales, schlepping forms to work, calling the grandparents, warning the neighbors. Trust me. My kids have attended Catholic schools.

The first time my oldest came home with a sales packet for magazine orders, I warned my dad that Cory might be calling. His answer surprised me. “Don’t let her call me,” he said. He was happy to make a small cash donation; what he didn’t want to do was line the pockets of the magazine clearinghouses, with the school keeping a mere pittance. I understood his logic. But it was a little embarrassing.

Despite that, here’s why I think letting kids hawk stuff to support a worthy organization isn’t necessarily a bad thing. They apply math skills as they add up the points to earn highly coveted (though often chintzy) prizes. And they learn that people say “no.” It’s not personal. It’s not the end of the world. Fundraising teaches accountability and shows kids that determination counts if they want to make a sale.

Shawna made it to camp in northern Arizona that summer. I think her experience meant something that was a bit different than the experience of other girls whose parents offhandedly wrote a check to pay the fee. The girls in the troop learned something from her, too. So did I. 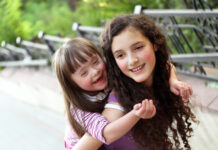 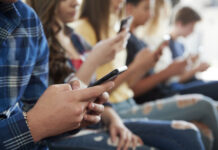 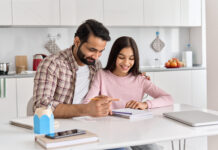