I don’t know about you, but if I was a passenger on US Airways flight 1549 last week that miraculously landed in the Hudson River without a single casualty, I’d be dancing a jig and celebrating every breath I inhaled for rest of my days. Not so for Joe Hart, a Charlotte based salesman, who suffered a bloody nose during the emergency water landing. He wants “to be made whole” for the incident and scoffed at the gracious $5000 check US Airways sent each and every passenger on board that plane. A little something to “help with immediate needs” after the crash, explained US Airways.

But, lo and behold, it’s not enough for Joe and a few other disgruntled passengers, all of whom have contacted lawyers and are considering legal action against the airline. Their cause is being championed by the National Air Disaster Alliance and Foundation who claims that the $5000 is merely a drop in the bucket.

Passengers argue that they lost more than $5000 worth of laptops, nursing equipment, clothing, etc… And poor Mr. Hart, he’s having a hard time flying again. He’s tense and super sensitive to turbulence. Oh, well, maybe he ought to notice THAT HE’S ALIVE!

My cynical husband said this would happen. “Just wait,” he warned on the day after the crash. “It’s just a matter of time before one of those lucky-to-be-alive passengers sues US Airways for some kind of negligence or reckless endangerment.”

“That’s utterly absurd,” I told him. “What would make you say such a horrible thing? Those people have got to be so grateful for just being alive.”

Fast forward to yesterday when the stories began to emerge about pending legal action against the airline that saved 155 lives because of the amazing forethought and technical prowess of one Captain Chesley B. Sullenberger. It’s enough to make a person sick. This may be the single most inane illustration of voracious greed I have ever witnessed. There’s no one to blame for what happened to flight 1549. The plane collided with a flock of geese, for God’s sake. It’s not like the pilot was banging the flight attendant and slammed into the side of a skyscraper.

The law firm “Kreindler & Kreindler” in NY, that represents crash survivors, confirms that they’ve been contacted by several passengers. I really can’t get my mind around this. What kind of negligence, malfeasance or mechanical misdemeanor are these ungrateful nitwits charging? Geese are kind of outside the pilot’s jurisdiction.

There is some shred of hope in all this. Amber Wells, another Charlotte passenger on board flight 1549 says that she’s so grateful to have survived and be with her 9-month-old baby, she hasn’t even thought about her belongings. “Everything that’s gone can be replaced,” said Wells, “My life cannot be replaced.”

Well, Halleluiah for one voice of reason in the midst of the cacophony of insanity and entitlement. I hope US Airways fights every single lawsuit that comes their way. They did everything right, and if they settle even one of these baseless law suits, whose sole purpose is to make some fast, easy cash, they’ll be demeaning themselves and discrediting the heroism of Captain “Sully” and his entire flight crew. 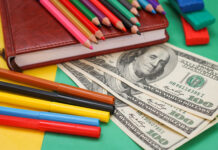 How Receive up to $7,000 for Your Child’s Learning Expenses through Arizona’s Empowerment Scholarship Account 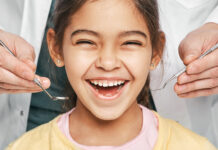