Recently, a local movie theater toyed with the idea of offering text-friendly theaters for people who can’t wait until the end of a movie to text friends or look up something online.

Our ability to go for any stretch of time without a tech distraction is about as short as, say, the battery life of an old “brick” mobile phone. In other words … wait, my phone just pinged.

Seriously, fighting fits of boredom and learning to be in the present are important developmental milestones. Learning to push through the need for a hit of stimulation is an important mental exercise.

Long summer road trips can provide such “resistance training” for the brain. Yes, it’s tempting to plug kids in to a movie on the Interstate 10 on-ramp, switch DVDs around Quartzsite and roll into San Diego without hearing a peep from the backseat.

But sprinkling in some old-fashioned car games on the long drive can help children develop important boredom-fighting skills.

Ideally, kids will learn to make up their own car games. To get them started, here are some learning games to try on your next long car ride:

Letters and words: Starting with A, find something outside the car that starts with each letter of the alphabet (good luck with X!).

Geography: One person names a city and the next person uses the ending letter as the starting letter of another city.

History: One person names someone famous. The next person names a historical figure whose first name starts with the first letter of the famous person’s last name. Example: George Washington, William Shakespeare.

Art: Play classical music and ask kids to imagine scenes (hippos dancing in tutus, soldiers marching up a hill) consistent with the sounds.

Science: If it’s raining, play “raindrop races.” Have each child pick a drop of rain on the window and then see whose drop makes it down to the bottom of the window first.

Storytelling: You have hours with a captive audience. Now’s the time to tell the story about how Uncle Mike got stuck in the doggy door or how he got into a fistfight with a donkey. 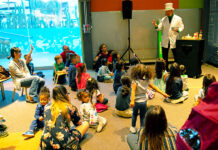 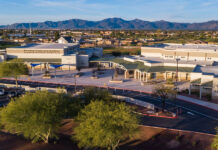