Thanks to two middle-school-age sisters from Phoenix, there may soon be a new resource for Arizona kids who endure bullying.

This week, 12-year-old Karis Wilson and 13-year-old Riley Wilson were recognized by State Superintendent of Public Instruction Diane Douglas, who gave the seventh- and eighth-graders at Madison Meadows Middle School certificates of appreciation for their work on anti-bullying legislation.

The girls have worked for nearly a year to get a bill called Safe-2-Tell through the Arizona Legislature. While Safe-2-Tell isn’t yet a law, the legislature did pass a bill that Gov. Doug Ducey signed, directing the Arizona Department of Education to study the feasibility of a state anti-bullying program.

Simply put, Safe-2-Tell is a hotline kids could call if they feel they are being bullied. Already in several states, Safe-2-Tell is described as a safe and anonymous way to report any concerns about personal safety or the safety of others. The idea is that early intervention can prevent a problem from becoming bigger.

The Safe-2-Tell hotline was adopted in Colorado after the Columbine High School tragedy, in which 12 students and a teacher were murdered by two high-school students. According to the executive summary study in Colorado, research shows that in 81 percent of violent incidents in U.S. schools, someone besides the attacker knew it was going to happen but failed to report it.

Riley and Karis say their aunt, who served as a state senator in Nevada before her passing, inspired them to work to establish a similar program in Arizona.

“My Aunt was Senator Debbie Smith,” Riley explains. “And she passed this bill in Nevada, and I think it’s important to have it in Arizona, too. Lots of kids are being bullied, and they have nobody to tell.”

Douglas said she was “honored” to recognize the two students for their diligence.

“As we educate our children, there are few things I see as more important than helping them understand their rights, roles and responsibilities as American citizens,” Douglas said of the Wilson sisters. “These two students are shining examples of the high-quality civic engagement that is being taught in our classrooms.”

Karis says getting the legislation where it is today was “a lot of work, but fun too.”

Arizona Department of Education Spokeswoman Alexis Susdorf says the feasibility study will be completed by Thursday, Dec. 15 and submitted to Ducey and the legislative leadership for funding or future legislation.

Riley says her friends think the program is a good idea because, “It will give kids someone to talk to anonymously, and then someone from the office will just come and talk to (the bully), and they will not know who ratted them out.”

Noelle Wilson, the girls’ mother, is proud of her daughters.

“I think the girls have done a great job of sticking to it and working on this program,” she says. “It’s really going to help kids — give them an outlet to report dangerous things that are happening in their school or in their families.”

Riley and Karis say they’ve never been bullied, but both admit to knowing other children who have. When asked if she thinks her bill will be funded, Riley is confident.

“It took a lot of convincing,” she explains. “We had to talk to a lot of senators and representatives. We had to meet with them a lot. It will (be funded); it definitely will.” 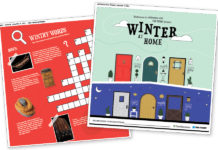 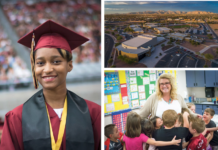 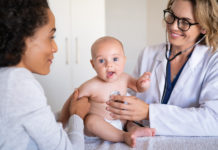 Expecting? What to know about choosing your baby’s doctor