Some studies show that children with ADD/ADHD lack proper levels of Omega 3 fatty acids (found in salmon, nuts, flax), zinc (dried fruits, lean meats, oatmeal) and magnesium (green vegetables, pumpkin seeds, almonds). Boosting these nutrients and limiting preservatives and refined sugar and flour can make a difference, says nutritionist Denise Baar of Village Health Clubs, who recommends dietary consultation as part of a plan to help kids with ADD/ADHD. Baar developed a trail mix recipe that packs all of the recommended nutrients into one delicious snack:

Another strategy she recommends involves eliminating common allergens—such as dairy, soy, nuts and/or wheat—one at a time to see if there is an improvement in your child’s behavior or mood.

A recent study by the National Institutes of Health found decreased levels of dopamine activity in a group of adults with ADHD. Dopamine, a chemical found in the brain, affects a person’s ability to feel pleasure and pain. Researchers concluded that people with ADHD might tend to use drugs or alcohol because these substances can act as stand-ins for dopamine—temporarily helping them feel (or perform) better.

While this may be true, it’s just one piece of the ADHD puzzle, says Frederick Green, M.D., psychiatrist and medical director for CIGNA Behavioral Health. Moods, or states of behavior, typically arise from the interaction and balance of several brain chemicals, says Green, not just one. Just as we can’t expect a quick fix to ADHD from medication alone, he says, we can’t make ADHD bear full blame for a person’s choice to seek relief or stimulation from drugs or alcohol.

Individual temperament could be one predictor of whether any person, ADHD-affected or not, is drawn to drugs and/or alcohol, says Green. For example, one temperament scale characterizes a person’s tendencies to be harm-avoidant, novelty-seeking, reward-dependent or persistent. So the child with ADHD who also shows harm-avoidant tendencies might generally be more wary of any type of substance, says Green. A child diagnosed with ADHD who also tends to be a novelty-seeker might be more likely to sample and experiment with alcohol, drugs or nicotine.

Green says that guiding all children toward enjoyable, rewarding activities like exercise and exposing them to a variety of new and exciting experiences throughout childhood remains an important part of a parent’s job. That way, as the temptations of adolescence arrive, your child will be a veteran at choosing healthy ways to pursue pleasure and avoid boredom. 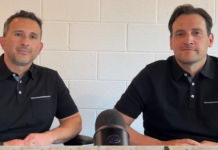 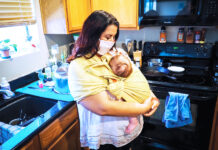 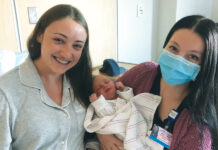