Disney’s “Beauty and the Beast” opened to a packed house Tuesday night at ASU Gammage in Tempe, where the crowd was a mix of grown-ups, teens and kids (including boys in lopsided neckties and girls in pint-size princess garb).

I sat between my 17-year-old daughter Lizabeth and a delightful middle schooler named Amanda, who chatted with me about the many summers she’s enjoyed theater camp at Mesa Community College.

I ran into other college students we know after the show, who made a point of suggesting I review “The Taming of the Shrew” (at Mesa Community College Theatre Outback later this fall) and “Sugar” (currently on stage at Broadway Palm Dinner Theatre in Mesa).

Their directors would be proud — and I’m becoming a prime candidate for cloning.

Everyone I spoke with enjoyed Tuesday night’s performance of Disney’s “Beauty and the Beast”– despite a few sound glitches that seemed to strike whenever Nathaniel Hackmann (Gaston) had a particularly funny line.

We spoke with Hackmann and other cast members after the show, who were very gracious about doing the whole photo and autograph thing with fans old enough to stay up that late.

A mere 10 seconds or so into Hackmann’s first bit on stage, it felt like Elvis had just entered the building. There’s all that fawning by “ga-ga for Gaston” groupies — but also Hackmann’s own very real charisma.

Justin Glaser (Beast), Liz Shrivener (Belle) and Hackmann each delivered strong performances, engaging audience members of all ages. The rest of the cast was lovely, but no one performer really outshined the others.

Disney’s “Beauty and the Beast” — presented here by NETworks — is over the top and grandiose in many ways.

It seemed to take the audience a while to give themselves permission to really roll with it, but by the opening of Act II there was no stopping the laughter.

Disney’s “Beauty and the Beast” is a lavish production that’ll renew your faith in love and the goodness within each of us — even those who seem reluctant to reveal it.

Note: Disney’s “Beauty and the Beast” is being performed at ASU Gammage through Oct 24. When you attend, leave plenty of time for parking and getting seated. 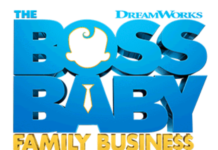