Providing kids with accurate information about the dangers of drugs and how to avoid them is probably the most effective measure parents can take to prevent teen substance abuse.

Justin McBride, program director for DrugFreeAZKids.org, says there is a lot of misinformation circulating among teens. They are often told by peers and others that various substances are safe, which is far from the truth.

Drug manufacturers and drug dealers are constantly coming up with new and inventive ways to market and deliver drugs. It’s often difficult for parents and law enforcement to keep up with the latest drug trends. But parents who stay informed can play a vital role as a trusted source of accurate information that will help keep their kids safe.

What parents need to know:

While any e-cigarette use is cause for concern, kids are at even greater risk when using other liquids, such as liquid THC, the active chemical in marijuana.  It is difficult for law enforcement, let alone parents, to know what is really in e-cigarette liquids. And because kids are receiving them from unknown sources, they may not be aware of what they contain—nicotine or otherwise.

Marijuana. “Marijuana use continues to exceed cigarette use,” according to The National Institute on Drug Abuse. “In 2014, 21.2 percent of high school seniors had used marijuana in the past 30 days, whereas only 13.6 percent had smoked cigarettes.”

Prescription drugs. “Studies show that a teen is more likely to have abused a prescription drug than an illegal street drug,” according to the National Institute on Drug Abuse. Teens often consider these drugs safe because they are prescribed by a doctor. But taking prescriptions inappropriately can have fatal consequences. Another problem is that many drugs look the same—and teens do not consider potential dosage problems or drug interactions. Prescription drugs can also be highly addictive.

Synthetic drugs. Synthetic versions of illegal drugs are slightly altered to pass as legal. They are often sold over the Internet or in head shops (retail outlets that sell paraphernalia related to the consumption of marijuana and/or tobacco). As law enforcement catches up with these new chemicals and outlaws them, manufacturers devise altered versions. Kids often believe these drugs are safe, but they are highly dangerous.

Synthetic marijuana goes by many names, such as “K2” and “Spice.” Side effects include permanent brain damage, violent behavior, paralysis and death.

Bath salts, or synthetic stimulants, are often sold as jewelry cleaner, plant food or cellphone cleaner. Their use can result in violent and life-threatening psychotic episodes and death.

Meth. A disturbing new trend is the use of meth for weight loss. It is one of the most difficult drug addictions to treat and addiction can occur after just one use. Meth is also used as a “club drug”—a drug that tends to be used by teenagers and young adults at bars, nightclubs, concerts and parties—and goes by many names, such as “ice” or “glass.”

Heroin. Research shows that heroin addiction has become an epidemic in the U.S., partly due to its easy accessibility and highly addictive nature. Because it’s impossible to know the potency of the drug, heroin overdoses are common among young users. 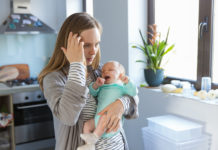 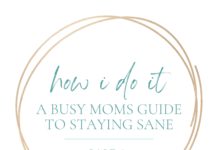 How I do it 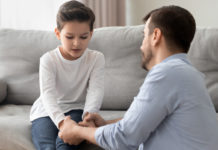 Using Common Sense: Talking to your kids about the war in Ukraine