When I first considered home schooling, it wasn’t because I thought it would be fun. It sounded like another obligation piled on top of the already difficult job of parenting. My uneasiness was compounded by the fact that I had no idea how to home-school a child.

On the other hand, there was Sarah.

My little girl was born on one of those magical days when the world is aglow with color. In the Midwest, they refer to it as “Indian summer” — the time when the autumn leaves reach their vibrant peak, and the mellowing summer sun creates a warm backdrop in the sky.

We were living in the suburbs of Chicago at the time, and it was as if Sarah absorbed the vibrancy of that day. It seemed to radiate from her very being.

Every child is born with a unique disposition. My first born, my son, was a philosopher, wise beyond his years. My daughter was an adventurer.

From the time Sarah could crawl, she was off — exploring her world and interacting with all the people and creatures she encountered. Endlessly enthralled with every detail of her surroundings, she was a joy to be around and impossible to keep up with. Luckily, she also was extremely independent and a hard worker.

At a very young age, she could mostly take care of herself, so I let her. I knew she would do well in school.

Except that she didn’t.

I don’t know when I began noticing the signs, but looking back, I realize the indicators were there from the beginning.

You play those games with your toddler. You point to the puzzle piece shaped like a “B” and say the name of the letter. Then you let the child try it. “Yay! You did it!” you say. Very often, Sarah didn’t. “B” and “D” were especially difficult.

I remember how hard we worked to get Sarah to write her name. To this day, her middle name, Annmarie, is a struggle.

For a long time, none of this bothered me. Sarah was smart. That much was obvious. Her vocabulary was incredible. Her storytelling abilities profound. And her skills at design and analysis were to the point of giftedness.

“Dyslexia” was word foreign to me. It was a joke — something people mentioned in an off-hand way to excuse the transposition of numbers or letters. I remembered hearing that Thomas Edison was dyslexic, but I wasn’t sure why I remembered that, or what it meant.

I wasn’t alone. Most people I encountered, including teachers, didn’t know anything about dyslexia, much less what to do about it.

Here’s what I know now.

Dyslexia has nothing to do with intelligence, except that it is often found in exceptionally smart individuals and is often linked with talents in areas called MIND-strengths. The term was coined by Drs. Brock L. and Fernette F. Eide, leading experts in the field, and refers to Material reasoning, Interconnected reasoning, Narrative reasoning and Dynamic reasoning. Individuals with dyslexia often are gifted in these areas, because they are right-brain dominant.

Psychobiologist Roger Sperry first proposed the theory that our brains have two hemispheres that work independently of but also in concert with each other. He determined that the left hemisphere is language dominant. It’s where most of our logical, linear thinking is done. The right hemisphere is our creative side.

This is why dyslexics tend to be creative thinkers, and it’s why you find so many dyslexics in such fields as architecture, engineering, design and the arts.

But dyslexic individuals also have a profound weakness in left-brain activities — such things as spelling, reading, word retrieval and memorizing math facts — the very subjects taught in an elementary-school classroom.

Dyslexia is extremely common — some estimates place it at one in five children and adults — and there are varying degrees of it. Some individuals are mildly dyslexic. Others, like my Sarah, are profoundly so.

When our children are first sent out on their own to school, they begin to establish a sense of identity and question how they compare to other kids. Kids with dyslexia first experience an idea that has never occurred to them before: “I am stupid.”

They are not stupid, of course. Some of the greatest influencers of our time have been dyslexic: John Lennon, Steven Spielberg, Charles Schwab, Anderson Cooper, Ansel Adams, Pablo Picasso, Richard Branson, Henry Ford, Steve Jobs, and the list goes on.

But in the world of elementary school, kids with dyslexia are made to feel stupid.

Teachers and administrators at many schools don’t recognize the signs of dyslexia, and those who do have very few resources to deal with it. It is the “dirty little secret” of elementary school that there are kids in nearly every classroom who are highly intelligent but who are failing because they are dyslexic and cannot do the work as it is presented.

Like most parents in this situation, I tried to work with the school system. I got an Individual Educational Plan (IEP) for Sarah and fought to get the right interventions and accommodations. It was a struggle. As nice as you try to be, you are often perceived as an intruder who is bucking the system. It was awful, but I did it for the sake of my daughter.

Until I couldn’t anymore.

I knew something was being lost each day I sent Sarah to school. Chipped away, bit by bit, was a little of her self-esteem, her creativity, her enthusiasm for learning. But I didn’t see an alternative.

I was, and remain, a big supporter of public education. We had moved her from a regular public school to a Montessori charter school. It was an improvement, but it still wasn’t enough.

Every once in awhile, a thought would come to me: What about home schooling? But just as quickly, I would push that notion away. Sarah did too; she worried she would miss her friends.

Then, I went to a seminar by Arizona Families for Home Education. I wasn’t seriously considering home schooling at that point, because I was certain it wasn’t for me. I had these preconceptions of what home schooling looked like. Those poor kids stuck at home with their moms, pouring over books, never leaving the house, never interacting with other kids. They grew up weird. They had no social skills. They were missing out.

I couldn’t have been more wrong.

I am so grateful to have met those home-schooling moms. They were nothing like I had imagined them to be. They were smart. They were together. They were engaged with their children. And best of all, they were encouraging.

They showed me many amazing things that day, including their crazy family adventures, such as sailing the coasts with their school books in tow and hiking through national forests on field-biology quests. They enlightened me to the fact that home schooling was a lifestyle choice as much as it was an educational one, and it had helped their families reignite their love of learning and their enjoyment of togetherness.

These were some of the nicest people I had ever met. They were not weird or unhappy, and they certainly didn’t seem to be missing out.

I decided to go for it.

I took Sarah home, and we began a new chapter of our lives together. She is a sixth-grader now. The plan is that I will home school her to get her ready to enroll in public high school when she enters ninth grade.

We are new at this, and we are figuring it out as we go. But we are loving our new lifestyle of trips to museums and audiobooks in the car. We have this time together right now — two, three short years — something we will never have again.

I see a love of learning and an exuberance for life washing over my little girl again. What I really didn’t expect is how much I would love it, too.

Related: With the right help, children with learning differences are succeeding at college. 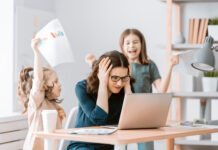 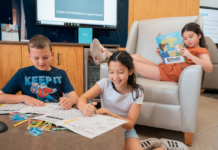 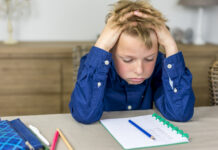