The American Academy of Pediatrics has issued a new recommendation, and it’s likely to change the way millions of parents with babies go to sleep.

Parents are being told it’s best to have their babies sleeping in the same room with them for at least the first six months — and preferably the first year. The policy statement is aimed at decreasing the risk of sleep-related infant fatalities — about 3,500 of which occur each year in the United States.

Room-sharing can decrease the risk of sudden infant death syndrome by as much as 50 percent, according to a report released Monday, Oct. 24 at the AAP National Conference & Exhibition in San Francisco.

The Academy specifies babies should not be in the same bed as their parents, but should be put to sleep in a crib or bassinet in the same room. Babies should never be placed on a soft surface such as a couch or armchair for sleeping.

Infants are at heightened risk for SIDS between the ages of 1 and 4 months, but new evidence shows soft bedding continues to pose hazards to babies who are 4 months and older.

“There should be no sheets, blankets or other items that could obstruct the infant’s breathing or cause overheating,” the AAP states.

The Academy also recommends breastfeeding as an added protection against SIDS. And researchers have this advice for sleepy moms: “If you are feeding your baby and think that there’s even the slightest possibility that you may fall asleep, feed your baby on your bed, rather than a sofa or a cushioned chair,” says Dr. Lori Feldman-Winter, a co-author of the report.

Feldman-Winter encourages nursing moms to move their babies to their own cribs or bassinets as soon as possible.

Parents are also being cautioned not to rely on home monitors or commercial devices — including wedges or positioners — to reduce the risk of SIDS.

“We know that we can keep a baby safer, without spending a lot of money on home-monitoring gadgets, but through simple precautionary measures,” says Dr. Rachel Moon, the lead member of the AAP reporting team.

The Academy also urges physicians to have frank and non-judgmental conversations with parents of infants about safe sleep. 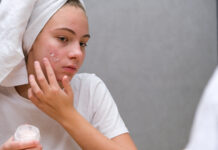 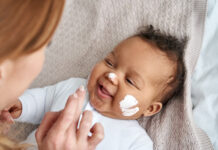 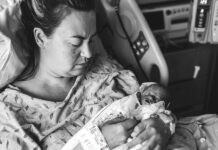 Honoring a Pregnancy Loss and Tips for How to Cope