Stacey Gordon knows how to get to Sesame Street.

Gordon is the Phoenix mom/puppeteer behind Julia, the Muppet with autism who debuted on Sesame Street this spring. It’s a convergence of all her worlds as a professional puppeteer and the mother of a son with autism.

“I cried when I read the script, because as a parent of a child with autism, it was exactly what I wished he’d had growing up,” she says.

Gordon, 39, comes by her love of puppets naturally. Back in Ripon, California, where she grew up, her grandfather carved marionettes and her aunt knitted puppets. Gordon was given her first puppet as a toddler.

Later, a field trip to Children’s Fairyland, the storybook theme park in Oakland, California, where one of the original Sesame Street puppeteers got his start, left a huge impression. Gordon’s mother made teddy bears and porcelain dolls and helped Gordon make her first set of puppets when she was just 14.

In high school, Gordon began doing puppet performances with her church youth group. While studying for a degree in early childhood education, she realized what she really wanted to do: become a professional puppeteer.

When she moved to Arizona from Colorado as a newlywed in 2001, she interviewed to be a nanny. Gordon spent three years with the family, whose child had autism, and underwent training as a habilitator for autism.

When her own son was born, Gordon saw signs of autism, and kept asking her pediatrician. Even friends and family assumed her work in the field made her overthink some of her son’s developmental delays. His diagnosis of high-functioning autism took time.

In the meantime, Gordon started performing with the Great Arizona Puppet Theater. In 2006, she launched Puppet Pie, where she crafts her own puppets and hosts puppetry and puppet-making workshops for kids and adults.

Last year, friends who were already performing on Sesame Street landed Gordon her big chance at being part of the show.

“They knew Sesame Street was looking for a puppeteer with a strong connection to autism,” says Gordon.

In the beginning, Gordon thought she was just going to make recommendations for the Julia character. The producers had other ideas, and were soon asking for videos of her work. In March 2016, she got a job offer. Two weeks later, she flew to New York for filming.

Julia the Muppet has big green eyes and loves to play tag and sing. Gordon, who is 5-foot-2 and petite, has the same green eyes and red hair as 4-year-old Julia, and can produce a photo of herself at age 4 with a strikingly similar bob and bangs. It’s completely coincidental, because Julia was designed years before Gordon got involved, but it was yet another sign that this seemed meant to be.

“I know that it was really important to Sesame Street to have a puppeteer with a connection to autism so Julia could be performed from a place of authenticity” — and compassion, she says. Sesame Street writer Christine Ferraro also has a son with autism, and both women say their experiences help them bring Julia to life in a meaningful way. The character was first launched in 2015 in a video and voiced by a child with autism.

In the United States, about one in 68 children has been identified with autism spectrum disorder, according to estimates from the Centers for Disease Control and Prevention. Sesame Street says children with autism are also five times more likely to be bullied — a sad fact Sesame Street hopes to change. Sesame Workshop surveyed 1,000 families, including those affected and not affected by autism, to see how the character impacted them.

Gordon says what struck her about the study was that, “It left parents and kids with autism hope. For typical kids and adults, it’s teaching them compassion and acceptance. For kids with autism, it offers them representations. I think they recognize that; I know my son does.

“Think if you were a kid who never saw anyone behave like you in the media, and then all of a sudden you see Julia,” she explains. “And while she is not just like you, because autism is different for everyone, she does some things like you. It would certainly make you feel like you belong.”

One story Gordon likes to relay is about a mother whose son who has autism and claps his hands. The mother told Gordon her son was so delighted when he saw Julia doing the same thing. It meant so much to her and her son. Hearing from such families has been emotional.

“I’ve been in tears more in the last year than I think I have ever been,” admits Gordon, whose son is now 13. While she doesn’t share his name or where he attends school, she’s happy to talk about his many talents.

“My son is quite verbal. He’s brilliant at the piano; he can improvise. He’s very mathematical, filling out multiplication tables since he was in kindergarten,” she says. “And he’s very funny!”

When it comes to the areas where autism impacts his life, Gordon explains her son has extreme anxiety, sensory issues (loud noises and bright lights bother him), and it’s still hard for him to put certain textures in his mouth.

At school, he uses a computer, because handwriting is difficult for him. It caused her a great deal of frustration when it came to his taking standardized tests, since his school had not made the transition to computerized testing.

Gordon says her son is aware he has autism, and in her house, that’s a good thing. Every April, they do something together for Autism Awareness Month. Last year, they put together a video as their contribution.

Gordon once asked her son if he’d ever wished he didn’t have autism. His answer was an emphatic, “No.” He says autism is part of him and makes him who he is.

Gordon, who spends about a month of the year taping Sesame Street episodes in New York, admits the opportunity to be Julia’s puppeteer would have been difficult when her son was younger. But she wishes her son had been able to grow up knowing Julia.

“I wish that this had come around 13 — even 20 years ago,” she says, “so that (my son) would already have been growing up in an environment where everyone accepted him and his behaviors from the get go.” 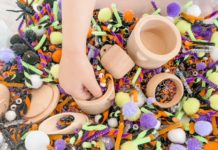 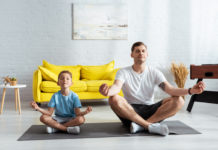 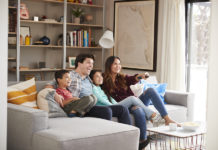 Using Common Sense: How is your data being used? 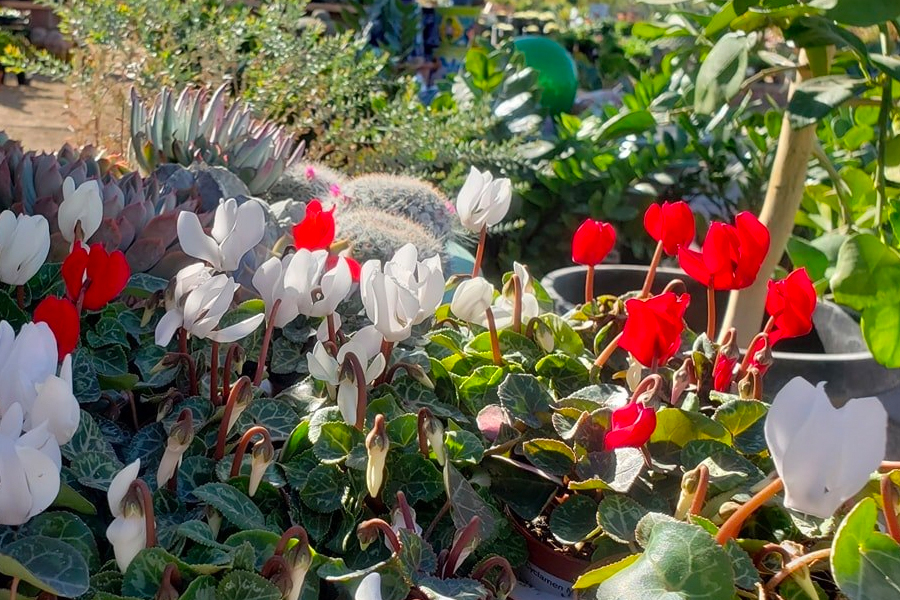