“It’s no secret that my own childhood wasn’t what anyone would consider traditional,” says Cooper, as VYT prepares to bring the adoption-themed musical “They Chose Me!” to stage Oct. 11-27 in downtown Phoenix. “I was taken away from my mother at 3, raised by my father and stepmother until 11, and then sent to foster care until I was placed back with my biological mother — who I hardly knew.”

The show — helping raise awareness about foster care and adoption in time for National Adoption Day on Nov. 23 — tells it like it is onstage, through the eyes of kids ages 7 to 18. They share their stories, both funny and poignant, about foster homes, multicultural families, gay adoption and losing a parent.

VYT first introduced “They Chose Me!” to Arizona audiences in 2013, but it was important to Cooper to bring it back. “We want to bring attention to challenges young people face every day, whether that’s what they look like, where they’re from or what makes up their family,” he explains.

The show was written by Ned Paul Ginsburg and Michael Colby, with music by Ginsburg and lyrics by Colby. After Ginsburg, who had been a musical theater author much of his life, became an adoptive father, he says, “It seemed to me that there could or should be a musical about adoption.”

He introduced the idea to Colby, who agreed. They met with Janine Nina Trevens, the longtime head of a children’s theater company in Manhattan called TADA! “and she thought it was a good idea.” The whole idea came to fruition with a premiere in New York City.

Though Ginsburg initially met Cooper at a meeting in New York that had nothing to do with “They Chose Me!”, he says the subject of an adoption musical must have caught his attention, resulting in Cooper ultimately both directing and producing the play in Phoenix.

Ginsburg and Colby will both be present on opening night this season. Ginsburg is bringing his adopted son, Alex, who turns 20 this year. Ginsburg has brought Alex to Phoenix when he’s had other meetings with Cooper and says, “He’s become quite close with a number of Phoenix kids his own age, which is wonderful.”

Ginsburg believes the play has the potential to appeal to different people on different levels.

“As with any show, you want an audience to be entertained and moved,” says Ginsburg. “But in addition, I would hope that those … less informed about the topic might come away with a deeper understanding of adoption in all its facets. And those who already know a lot might enjoy how we’ve dramatized some of the aspects of adoption.”

Cooper notes “how inspired we all are by this incredible cast of young people, three of whom are adopted themselves.”

That includes Shaylee Flanagan, a ninth-grader at Campo Verde High School in Gilbert, who plays Eve Eden. “I like that Eve is a black girl adopted into a multiracial family, like me,” says Shaylee, who wants audiences to realize “that adoption is a positive experience and not strange or weird” and adds, “I hope people will be open to adoption and foster care, because there is a huge need for foster families in our community.” (There are currently about 15,000 children in Arizona’s foster care system — one of the highest per capita rates in the country.)

Erin Deines Schumacher plays Sarah Cook, who hosts a gathering of adopted kids. Erin is a ninth-grader at ASU Prep Digital, an online school. “I love that I can help the world see what power and love adoption can have,” she says, adding, “One of my best friends is adopted, and she has changed my life.”

Cooper also hopes the show will encourage communication and create understanding “for everyone who sees families that don’t seem like their own.”

He also hopes it will ultimately inspire adults to consider being either a foster or an adoptive parent. “They Chose Me!” addresses single-parent, same-sex and multiracial homes, in addition to “a myriad of other scenarios” that Cooper thinks might make someone in the audience realize, “There’s really no reason I can’t give a child a home.”

Despite the seriousness of the subject, Ginsburg wants to make sure no one thinks this is a pedantic production.

“The score is kind of a modern pop, rock and musical theater score with a lot of different styles,” he says. “There’s dancing, and the topic is treated in a very entertaining way.”

VYT’s Cooper can relate completely to the stories that unravel onstage. He was living on his own at age 15. “That’s when I learned that it was my own strength, perseverance and survival skills that would see me through. That’s why I’ve dedicated my life to teaching children to follow their dreams, to trust in their own abilities and to never give up hope.”

In his 38 years of working with young people, Cooper says he’s seen almost every facet of family life you can imagine. He adds that he’s worked with children who have overcome numerous challenges, and, tragically, some who haven’t.

“It may sound cliché, but I really do believe the children are our future and — to recite the words of Whitney Houston — that it’s up to us to show them the beauty they possess and give them a sense of pride. That’s what we strive to do every day, at VYT.”

“They Chose Me!” is deemed appropriate for all ages.

“They Chose Me!” cast members are: 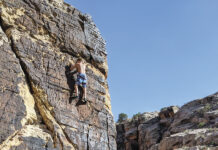 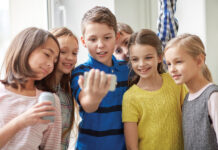 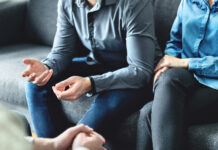