Pumpkin once was known almost exclusively as a pie for Thanksgiving. Today, this multi-tasking squash with its dense, sweet flesh defines the flavor of fall.

Pumpkin and its aromatic companion spices show up in smoothies, soups, granola, cookies, donuts and stews.

“Pumpkin is to Thanksgiving what peppermint is to Christmas. It’s everywhere because, frankly, people just can’t get enough of pumpkin anything,” said Shaun Breese, co-owner with her husband Brady of Urban Cookies, a central Phoenix bakery well stocked with pumpkin donuts, cupcakes and bread, many gluten-free and vegan.

Starbucks deserves some credit for launching the modern-day craze with the release in 2003 of its pumpkin spice latte. Nearly 15 years later, our infatuation with pumpkins shows no signs of turning into a pumpkin at midnight. Pumpkin-flavored products have grown to a business worth nearly $360 million a year, according to Nielsen.

Popularity aside, pumpkins are both versatile and healthy. They are low in calories and loaded with vitamins and beta-carotene — a muscular antioxidant that may reduce the risk of certain types of cancer and offer protection against asthma. Pumpkin’s abundance of fiber, potassium and vitamin C also makes it good for the heart.

Even the traditional spice flavorings — cinnamon, nutmeg, ginger and allspice — fall into the good-for-you category. Cinnamon works as a blood sugar stabilizer, ginger an anti-inflammatory, nutmeg as a digestive aid, allspice as an antioxidant and cloves for arthritis relief.

RELATED: Engage kids in Thanksgiving by letting them help cook, plan (plus recipes!)

To Brady, it’s this spice combo, not the squash, that gives pumpkin its signature flavor.

“The spices really bring out the best in pumpkins,” said Brady, a self-taught baker. “The pumpkin craze would not be what it is today without them.”

That’s why Brady recommends using the freshest spices possible. Spices lose their flavor, so the ground cinnamon from last year might be a tad bland. As a general rule, spices should be replaced every six months to a year. Whole spices last up to three years.

Brady and Shaun, college sweethearts who opened Urban Cookies in 2005, are both bakers and parents. They know first-hand what kids at the Thanksgiving table want to eat for dessert, and often it’s not traditional pumpkin pie. This holiday, they suggest two kid-friendly alternatives — s’mores and mousse — developed with help from sons Oliver, 8, and Charlie, 4.

“These are desserts that kids and adults can make and enjoy together at Thanksgiving or, really, anytime,” said Brady, whose specialty is baking desserts that look as good as they taste.

In 2011, Brady and his baking partner, Salvador Garcia, won Cupcake Wars on the Food Network for four camera-friendly, flavor-packed cupcakes, including Tomato Soup and Grilled Cheese.

Like at Urban Cookies, Brady’s Thanksgiving creations are made with all-natural ingredients. The s’mores show off his whimsical touch, the mousse his ability to lighten up tradition.

After more than a decade of reigning popularity, pumpkin mania shows no signs of weakening.

Pumpkin is no fad,” Shaun said. “It’s everywhere and here to stay.”

Begin by making the pumpkin syrup. In a saucepan, combine all the ingredients and bring to a slow boil on medium high for three minutes. Cool at room temperature overnight.

Stir mixture until smooth, keeping in mind it will look separated. Add ½ cup of the pumpkin syrup and whisk vigorously until the mixture is smooth. Cool in a refrigerator or at room temperature. Ganache should be the consistency of peanut butter.

To assemble, smear desired amount of pumpkin white chocolate ganache on the inside of each graham cracker. Add a toasted marshmallow in between and sprinkle edges with festive toppings such as fall leaf sprinkles. Serves 8.

In a saucepan, combine pumpkin, 1 cup of the heavy cream, brown sugar, spices, salt and maple syrup. Simmer on medium-low heat for about 5-7 minutes. Cool overnight in the refrigerator.

Whip the remaining 2 cups of heavy cream and spiced rum to firm peaks. In a mixing bowl, add the pumpkin mixture from the refrigerator. In a three-step process, fold whipped cream into the pumpkin mixture. Use 8 petite 4-ounce mason jars. Add 2 tablespoons of graham crumb to the bottom of each jar and top with the mousse until the jar is full.

The mousse can be topped with a simple sprinkle of pumpkin pie spice or fresh whipped cream. Serves 8. 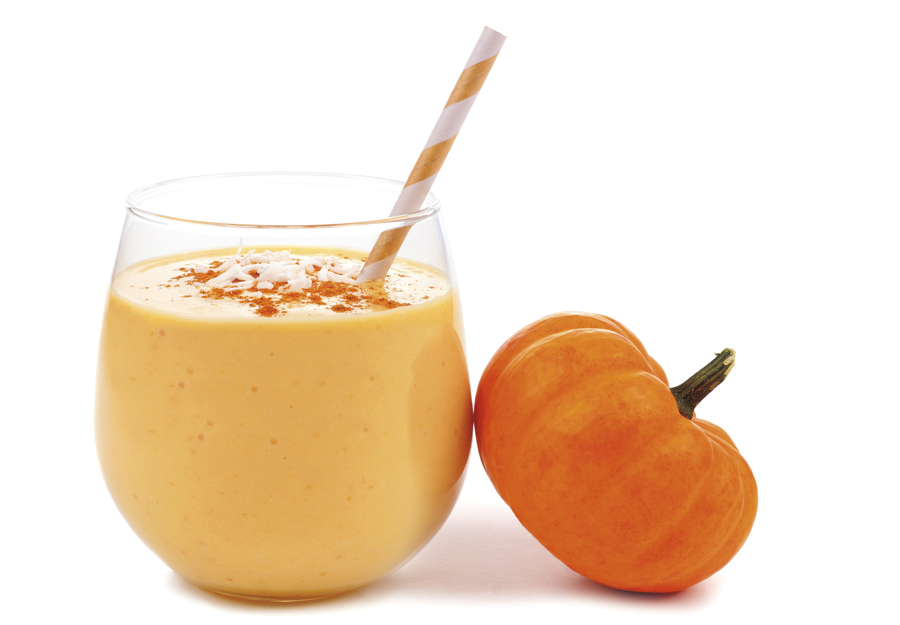 Pumpkin every which way

Here are a few other quick ways to enjoy pumpkin all month.

Pumpkin seeds: Cut the lid off a pumpkin with a sharp, serrated knife. Place seeds in a colander. Pull fiber from seeds and rinse until free of any pulp. Dry seeds with paper towels. Lightly coat with olive oil and season with salt. Place on a parchment-lined baking sheet and bake at 350 degrees for about 15-20 minutes, moving seeds occasionally to roast both sides. Remove when golden brown.

Pumpkin puree from scratch: Smaller sugar pumpkins are best for cooking. Select pumpkins free of blemishes, harvested with their stems intact, that feel heavy for their size. Look for a dull finish to the skin. (Shiny skin indicates it was picked too soon.) Pumpkins can be refrigerated for up to three months. Leftover cooked pumpkin can be frozen up to 16 months. There are two simple ways to turn pumpkin flesh into puree. When cutting pumpkins, use a serrated knife and a sawing motion.

To steam: Cut pumpkin in half and, using a spoon and clean hands, remove the seeds, pulp and stringy flesh. Cut into small pieces and remove peel. Place in a steamer over boiling water, cover and steam for nearly 50 minutes, or until tender. Allow to cool slightly before pureeing in a blender or food processor.

To roast: Cut the pumpkin in quarters and use a large spoon to remove the seeds, pulp and stringy flesh. Place the pumpkin quarters in a baking dish. Add enough water to cover the bottom of the pan to prevent the pumpkin from drying out. Cover pan with a lid or foil. Bake in a 350-degree oven for 45-60 minutes. Allow pumpkin pieces to cool slightly and scoop out flesh. Puree in a blender or food processor. 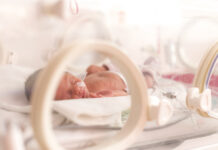 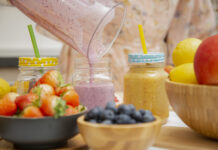 Make Breakfast and Still Get Out the Door on Time 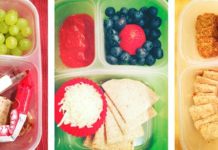