Whether you’re looking for a good scare or a bit of comedy with a Halloween flair, there are plenty of movies to choose from on DVD. Here’s a list for October family movie nights.

“Mickey’s House of Villains.” Mickey Mouse and pals battle a House of Mouse takeover by Disney villains on Halloween night. 2002. 70 minutes. Not rated.

“Igor.” Hunchback falls in love with female monster he created to enter in an evil invention contest. 2009. 87 minutes. Rated PG.

“Little Monsters.” Young boy dreams of monsters under his bed, only to learn that they are really there. 2004. 100 min. Rated PG.

“Monster House.” House that swallows children and toys battles three young neighbors who save the day on Halloween. 2006. 91 min. Rated PG (though some critics felt it should be PG-13).

“Tim Burton’s Corpse Bride.” Man who runs out on his bride-to-be accidentally resurrects a murdered girl who claims to be his wedded wife. 2006. 77 min. Rated PG.

“The Nightmare Before Christmas.” Pumpkin ruler of Halloweentown tires of the creepy holiday and decides to put on a joyful Christmas holiday instead. 2004. 76 min. Rated PG.

“The Addams Family.” Eccentric family is visited by fake long-lost uncle as an evil doctor tries to swindle them out of their fortune. 2006. 99 min. Rated PG-13.

“The Phantom of the Opera.” Opera house ghost wreaks havoc as he watches the opera singer he loves fall for another man. 2005. 143 min. Rated PG-13.

“The Wizard of Oz.” Young girl who enters a strange land after her house is uprooted by a tornado seeks a way home again. 2005. 101 min. Rated G (though flying monkeys, a booming wizard and the wicked witch may frighten young children). 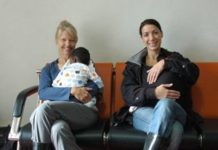