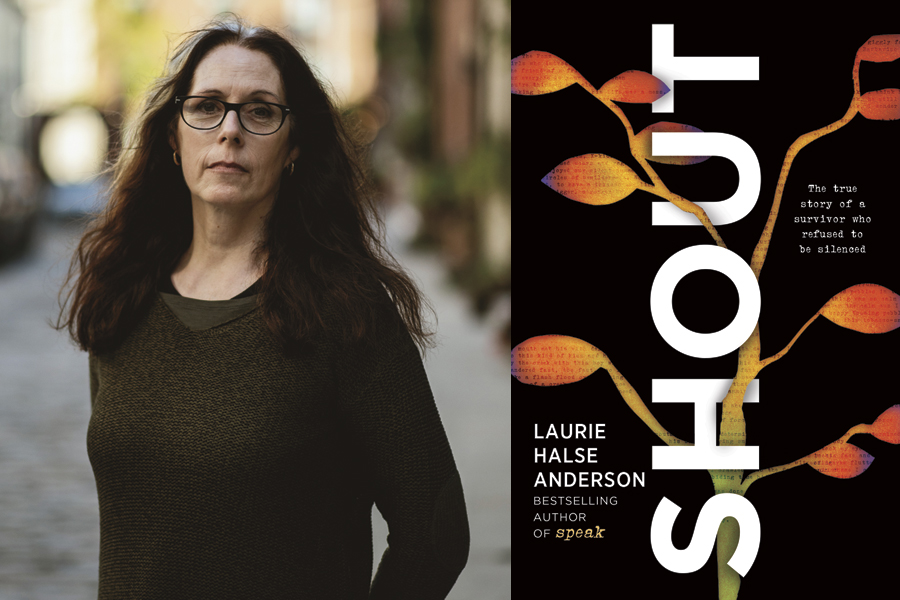 Laurie Halse Anderson — whose haunting 1999 young-adult novel “Speak” was decades ahead of the #MeToo movement and became a staple in school libraries and literature classes — is coming to Changing Hands Phoenix on Sunday, March 31.

Anderson is on tour with her new book “Shout,” a poetic memoir that weaves together a call to action and deeply personal stories about her own experience with sexual assault at age 13. The event is for mature audiences; only ages 13 and older will be admitted.

“Speak,” Anderson’s poignant novel about teenage consent, sexual assault and finding the courage to speak up, is celebrating its 20th anniversary. It was re-released in January with a new introduction by writer Ashley C. Ford and an afterword by New York Times-bestselling author Jason Reynolds of “All American Boys” and “Long Way Down.” The edition also features an updated Q&A, a resource list, and an essay and poem from Anderson.

Anderson will be joined at Changing Hands by Tucson author Kathleen Glasgow — whose first novel was the New York Times bestselling novel “Girl in Pieces” — for a conversation about “Shout,” #MeToo and more. Glasgow’s second novel, “How to Make Friends with the Dark,” is being released on April 9.

Facebook
Twitter
Pinterest
WhatsApp
Previous articleSex after kids: The truth (Be realistic, be patient and keep trying)
Next articleRaising Outdoor Kids: Learning to paddleboard in the Sonoran Desert