Home Articles Here's the problem: We're not teaching kids to be problem-solvers
ArticlesEducationAges & StagesElementaryParentingTweens and Teens

Here’s the problem: We’re not teaching kids to be problem-solvers 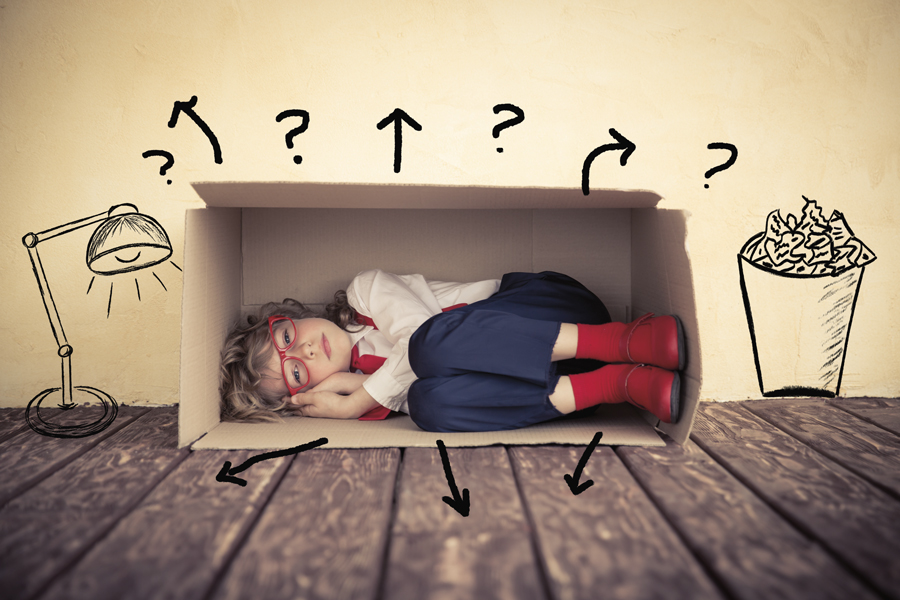 No matter where our sons and daughters go after they graduate high school — whether to college, trade school, the military or into the workforce — they will be expected to be problem-solvers.

Here’s the problem: Local university deans and professors say that young adults today are lacking the confidence or ability to do just that, which means K-12 educators and parents need to do better at instilling these skills.

“Students, in general, don’t come to my office to solve problems. They want their parents or the dean to do it for them,” says Margaret Nelson, vice dean of Barrett, The Honors College at Arizona State University. “I love it when students come in, because then I can help them figure out how to solve their problem. But I can tell that they are disappointed that I’m not solving it for them.”

Many educators are making similar observations and are striving to strengthen students’ critical thinking and problem-solving skills from the elementary grades on. In general, educators who prioritize creating problem-solvers encourage kids to make mistakes in the classroom and to learn from those mistakes. They ask lots of questions, and let kids struggle to formulate answers, rather than jumping in immediately to help. They prefer teaching methods that champion conversation and debate. And they urge parents to reject the trend toward “snowplow parenting,” an excessive effort to clear every obstacle in a child’s path.

Beginning in elementary school, and with each passing year, parents should step back and allow their kids more responsibilities and opportunities to solve problems for themselves. Parents must purposely slow down and recognize opportunities for their children to solve the problems that naturally arise throughout childhood, knowing they are intentionally strengthening them for adulthood.

“I have seen a shift in students relying so much on mom and dad that they don’t know how to make their own decisions,” says Phoebe Chalk-Wadsworth, associate athletic director and professor in the sports management undergraduate program at the University of Arizona. “Parents are not allowing their children to figure out life on their own.”

“One of the best things parents can do is to coach their children to be problem-solvers,” says Nelson of ASU. “If parents don’t, it will impede their future.”

“Students are struggling to solve problems these days because they do not have a healthy relationship with failure,” says Tracey Lopeman, superintendent of Maricopa Unified School District. “It’s a societal issue. It’s a parenting issue. It’s an ongoing challenge in education. Not every kid is afraid to fail or shies away from challenges, but enough so that it is a regular topic of our discourse.”

Mark McAfee, principal of Benjamin Franklin Charter High School in Queen Creek, says his teachers utilize the Socratic method — a teaching method based on active discussion and debate to stimulate critical thinking and draw out ideas.

“Students ought not to be taught to simply regurgitate information given to them, but to be able to think through situations to their logical conclusions,” says McAfee. “Challenging students with a question that begs an explanation helps students develop logic and rhetoric which lie at the heart of the ability to think well. Questions are the best way to teach, assess and immediately modify instruction simultaneously.

“These discussions are led by experts in their field who understand that the end goal of a quality education is not to create heads stuffed with knowledge so that students can become better worker bees, but to instead produce virtuous and articulate citizens,” adds McAfee, who says the school’s assessments of its students “are based on discussion, participation and understanding, rather than ‘right’ answers on a worksheet.”

“Kids just want me to tell them how to do something, and then they’ll do it,” says Jill Platt, principal of Notre Dame Preparatory High School, a private Catholic school in north Scottsdale. “But I want them to suffer a bit and think harder than that. When we tell our kids exactly what to do without allowing them to think for themselves, we all suffer the consequences in the end.”

Notre Dame has upped its arts offerings, because administrators believe the arts are crucial to developing a child’s whole mind. “We must understand that we need to develop the other side of the brain that helps with critical thinking,” says Platt, adding the school also has a business department and an entrepreneurial class that emphasizes problem-solving skills.

“We have taken the hard work from our students and then expect them to do hard things,” McAfee explains.

Let’s allow our children to do the hard work and learn to think for themselves so that when we send them out into the real world, they are more confident and capable of solving whatever problems may arise on their own.

Foster families get perks, and recognition, this month

May is National Foster Care Month and the Arizona Department of Child Safety (DCS) has partnered with businesses and organizations across the state to...
Read more
Articles

Valley of the Sun YMCA to provide 1,000 free swim lessons

Valley of the Sun YMCA will provide 1,000 free swim lessons the week of May 17-21. Registration opened today on a first-come, first-served basis....
Read more
Articles

After a year of lockdowns, remote schooling and the disruption of social norms, teens and young adults are reporting growing levels of depression, stress...
Read more