Is screen time a COVID-19 parenting panacea? I wish!

If there’s one thing I’ve learned from being isolated at home with my 3-year-old, it’s that regular high doses of screen time isn’t a magical fix. 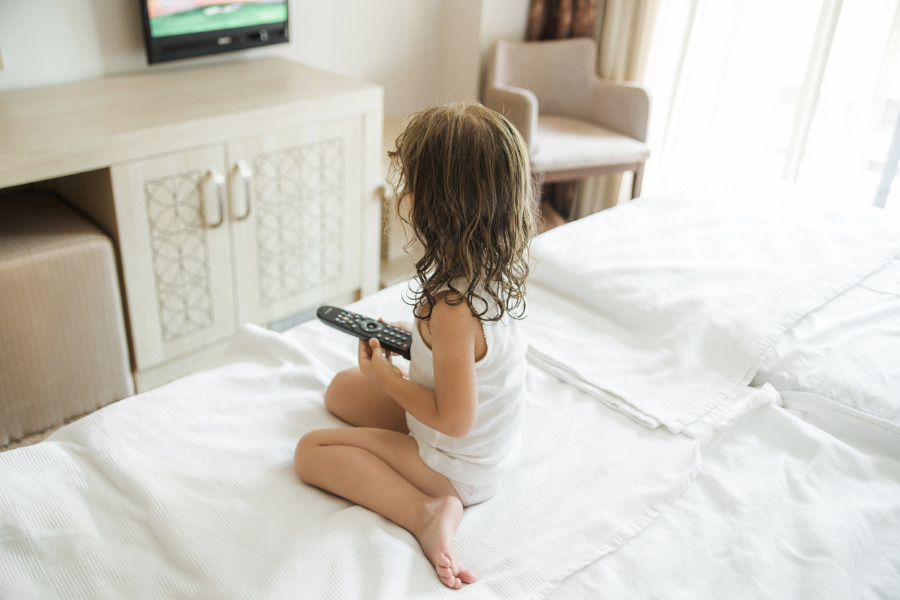 Screen time. In my mind, this term stands for a conglomeration of tablet-based kids’ games, Cosmic Kids Yoga, and — most of all — sweet, sweet hours of streaming kids’ shows on Netflix and Disney+.

Before the pandemic, setting my kid in front of the TV for more than an hour seemed like a taboo indulgence. But if there’s one thing I’ve learned from being isolated at home with my 3-year-old, it’s that regular high doses of screen time isn’t a magical fix. It works for a couple of hours, maybe, but too much screen time tends to end in tantrums.

Numerous articles circulating over the past weeks (from The New York Times, The Washington Post, and The Atlantic, among other news outlets) attempt to soothe parents predisposed to guilt over letting children watch too much TV. My own Facebook feed is full of memes telling me “It’s OK” to let kids watch lots of TV.

Don’t get me wrong. I think it’s great to let go of hand wringing over screen time when we all have weightier problems to manage. Besides, this kind of parenting guilt often arises out of the highly moralized culture of “intensive parenting,” described by the Washington Post as “round-the-clock devotion of attention and resources to children’s free time, emotions and behaviors.” I imagine many families have had to reconsider this approach during the pandemic.

According to Alyssa Blask Campbell, a parenting consultant interviewed in the Washington Post well before the COVID-19 outbreak, intensive parenting can be bad for parents’ mental health, even while it’s meant to help children. She is quoted as saying, “We’re giving so much of ourselves to these tiny humans that we end up crashing and burning, and anxiety spikes and then we can’t show up as our full selves.”

I’m trying to sidestep that added anxiety during this already difficult time. Our goal during the Covid-19 pandemic should be to get ourselves and our kids through this in one piece. We need to focus on the health of families as a whole — including the health of parents. But that doesn’t mean long hours of screen time will help.

At first, I thought it would. A few days after we stopped sending my daughter to day care, I subscribed to a second streaming service, made sure my bed was nice and comfy for her to sit on, and made a big plate of carrots, almonds, and Goldfish crackers for her to munch on. I turned on the TV and navigated to one of her favorite shows: “Barbie, Dreamhouse Adventures.”

But as I tried to work on my computer in the next room, I could sense her squirminess ramping up. After a couple of hours, she was sitting on my lap, begging me to watch TV with her. I said no, and sent her back to the bedroom.

I had made the leap to non-intensive parenting. Now I really wanted it to work. Maybe it would take her some time to get used to the new routine?

I let her watch more than two hours of TV each day for a few days. At one point, she fell backwards off the bed. At many points, she seemed cranky and unable to nap or get to sleep for the night at a reasonable time. Bedtime started taking place in full resistance mode. It sucked.

I suspected TV was to blame. But was it all in my head? Preschoolers’ behavior can swing wildly from day to day. They are weaning off naps. Maybe this was a normal developmental stage.

I decided to turn to more established science experiments. I didn’t want to fall back on an anti-screen-time narrative, without evidence.

I knew, of course, that the American Academy of Pediatrics (AAP) recommends no more than one hour per day for digital media use for children ages 2 to 5. But even the AAP’s report admitted that evidence of how screen time might impact child development was in short supply.

I found that some recent studies have linked the long-term effects of screen time to depression. Indeed, the most thorough report I found did support the AAP’s limits. But I still hadn’t found anything related to screen time’s more immediate effects in particular.

Because my concern right now is the short-term well being of my family unit during this period of isolation — not long-term child-development outcomes — I kept searching for evidence about short-term impact of screen time. Then I found a 2019 study in Sleep Health conducted by researchers at the University of Massachusetts-Amherst. It followed sleep habits in children ages 2 to 5 for more than two weeks and found those who watched more TV, or who had TV in their bedrooms, got less sleep in a 24-hour period than those who watched less. Sometimes nap time increased, but overall sleeping time decreased.

I knew it. Her sleep seemed crappier the more TV I let her watch.

Still. Isn’t my ability to have some work time while she is occupied with the TV worth some bedtime struggles?

The answer is maybe. Or rather, sometimes. Sometimes I need to put her in front of the TV for an extended time. It’s not causing her permanent injury, and it is helping make me, her mom, less anxious, which is of great benefit to her during this time, since we are stuck together in a small duplex apartment almost 24/7. On the other hand, it’s painful for me to watch her crawling up the walls from a lack of real-world, tactile, movement-filled play.

I’m trying to strike a balance. I let her watch TV — a longish-dose, about two hours long — on most days. I use it more when I need it for work or for my mental health, and less when I can handle constant interruptions. I try to stay in tune with my daughter’s needs, and my needs, and balance them.

And when bedtime goes smoothly, and I can finally settle in with my fiancé for my own TV-show-and-a-snack time, I know I hit the sweet spot.

Sophie Strosberg is a Tucson freelance writer, editor and designer. 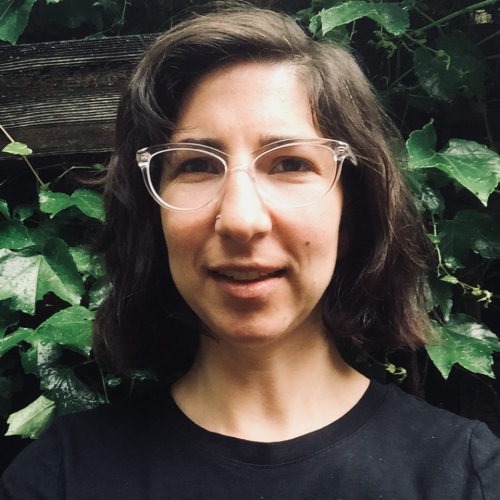