The quiet blessings of “interesting times”

My family moved to the countryside to sequester ourselves from the world of COVID-19. I am doing all sorts of things I never thought I’d do. 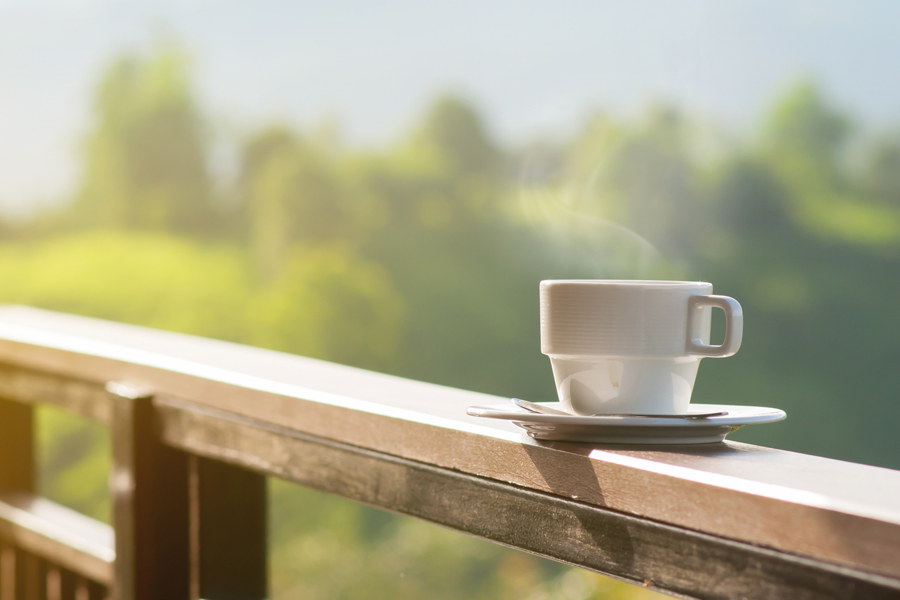 Add this to the list of things I never thought I’d buy: a pizza stone. And yet, against all odds, one arrived today, leaning against my front gate with a receipt that gave away the incontrovertible evidence. I had indeed ordered this thing.

Was I excited? Yes. Can I explain why? I will try. But first, I will have to convey that six months ago my family and I moved to the countryside to sequester ourselves from the world of COVID-19. Since then, I have found myself doing all sorts of things I never thought I’d do.

Here’s an abridged list: I grow fresh herbs. I compost. I make my own marinara. I have afternoon tea — the fancy kind with an actual tea set. I bird watch — with binoculars and a field guide. I have a butterfly garden. And now, I guess, I make fresh pizza.

Not long ago, I could never have imagined myself doing any of these things, and yet, here I am. A woman transformed. You might think it was boredom that led me to the new person I am today. And perhaps it was, at first.

Like so many others who were sequestered at home, I found myself with time on my hands. This was new. In my previous life, I was a mother who lived life at warp speed. I always seemed to be in a rush. Now that I had time, I found myself taking up new hobbies.

I was not alone in this. It seemed like everyone was either suddenly baking, gardening or exercising. Who would have thought a contagious disease would have led to a run on fertilizer, yeast and dumbbells? But this is America. We go all in.

Something else was happening to me too, and it wasn’t boredom. It was more like an awakening. As I sipped tea on my deck, surrounded by the lovely sounds of the countryside, complete with chirping birds and munching deer, a quiet voice spoke to me. It was an old English proverb. A curse I had long forgotten: “May you live in interesting times.”

The setting seemed tranquil, but the curse was real. Life as we’d known it had been turned upside down. The death toll from COVID was growing every day, and the research seemed increasingly ominous. There were protests and unrest in the streets, and there were violent responses to these demonstrations. The economy was in upheaval, as long-standing businesses faced the prospect of shuttering. Nothing felt certain. Would children go back to school? Would there be sports? What about live music? Could we plan for birthday parties or weddings or any kind of celebration? Would things ever be “normal” again?

No one knew. But it also occurred to me, as I poured some more tea, that although this was new for me and my generation, this was not new for the ones who had come before. Every day, as I strolled the tiny town I’d moved to, I would peer over my surgical mask at the original homesteads. I gazed at the groves of apple and citrus trees that I passed and found what was left of the tiny houses fashioned from the rocks that had been collected and cobbled together by hand so precisely to create their homes.

These people, too, lived in interesting times. There was disease. And economic challenges. There was violence and unrest. And uncertainty.

And what did the women do? They fought and worked and led revolutions, of course. They wrote books that changed opinions. They brought people together and rebuilt communities. But they also baked and canned and gathered pretty things for the table. They made do. They moved forward. They worried and cried. They lost loved ones (as had I). And then, they baked another pie.

Perhaps it takes living in “interesting times,” to realize how important the simple things are — the birds at the windowsill, the butterflies in the garden. Perhaps when we are in the middle of chaos, we instinctively slow down and make do with the things we have at hand and turn them into something comforting and nourishing and good. We cobble together our homes out of stone.

I felt connected to these women, and the women in my own family, too, who had lived through their own “interesting” times. Days when their husbands were off at war. Days of polio and children in iron lungs. Days when they didn’t know where the next meal would come from.

There were times they were called to action. And then there were times they had to wait for the storms to clear, fearing the clouds would never leave. Yet somehow they pushed forward. They canned and baked and gardened and made pretty things. Somehow. And they most likely surprised themselves as they did it. Surprised at who they’d become — the people they really were.

Sheri Smith
Sheri Smith, of Scottsdale, is a freelance writer and mother of two.