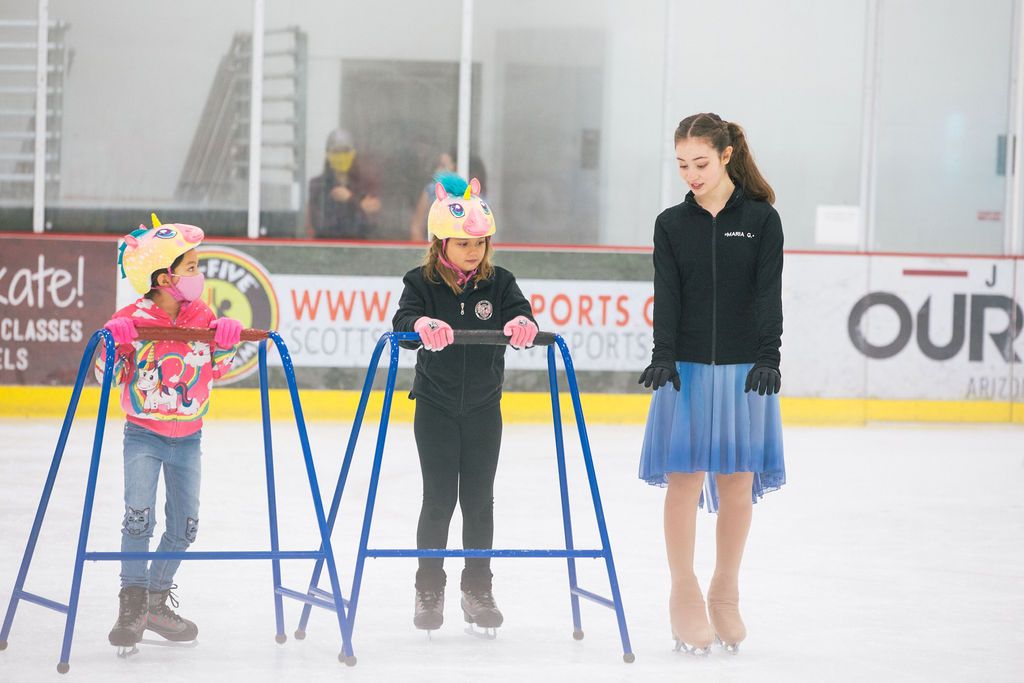 When 15-year-old Chandler resident Maria Gonzalez isn’t on the ice practicing for her next figure skating competition, she is out in the community making a difference.

By combining her passion for helping others with her love for figure skating, this Girl Scout has become a changemaker, inspiring youth to find their footing on the ice and to pursue new physical activities through her project that earned her the highest honor in Girl Scouting, a Gold Award.

“Being a competitive figure skater for 10 years, I felt compelled to take action and address the issue of physical inactivity of the youth in my community,” says Gonzalez.

The first part of Gonzalez’s efforts to address this issue were through her Skate for Fitness instructional event at Ice Den Chandler, a place she frequents regularly for practice. The event started with a free 20-minute lesson where almost 70 children were able to learn the basics of figure skating like how to start and stop on skates.

“I wanted to create an environment where kids could ask questions and receive direct instruction from the coaches that have helped me improve my abilities as well,” says Gonzalez.

Shortly after the lesson, Gonzalez gave a ten-minute speech highlighting the importance of her Gold Award project, introducing all the skating coaches that volunteered and shared her experiences as a competitive figure skater.

The event finished with a bang, as ten of the volunteers put on an exhibition for attendees, skating their competitive programs and introducing new styles of skating to the crowd like free style, ice dance, synchronized skating and more.

“Overall, this event was a big success,” says Gonzalez. “I have received messages from parents telling me about how impactful my event was and have heard from instructors that some of the public skaters who attended the event have signed up for the program and began taking lessons.”

Another element of Gonzalez’s project was her blog, skateforfitness.net, a site dedicated to answering unique skating questions and addressing the health benefits the sport of figure skating has to offer.

“Because my project was all about education, it was important to me that I created a place where people could visit and learn something they didn’t know before, whether it was about buying your first pair of skates or the benefits the sport has on our health,” says Gonzalez. 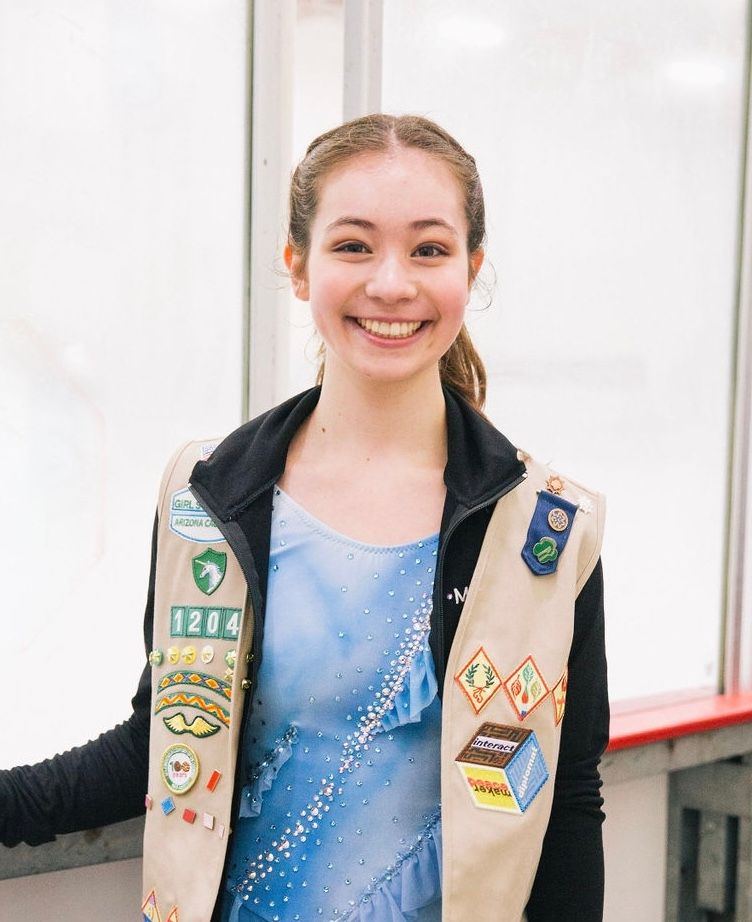 Gonzalez’s efforts earned her a Gold Award, an honor given to a Girl Scout who displays leadership and creates sustainable solutions to challenges in their community.

“Through my efforts, I was able to learn a lot about myself and my perseverance, especially when it comes to something I am so passionate about,” says Gonzalez. “Even though I experienced some challenges along the way, I was still able to achieve my goal of putting on a fun and educational event for the youth in my community.”

Gonzalez, who has been a part of Girl Scouts for nine years, was also able to apply her important skills she has learned over the years through her other community projects.

“I have learned how to use my leadership skills of collaboration, decision making, and communication by selling Girl Scout Cookies to make my community an overall better place,” says Gonzalez.

In addition to learning important qualities about herself, the Hamilton High School student was also able to learn about the field of public health, which she plans to major in at college.

As for other Girl Scouts who are looking to take on their Gold Award project, Gonzalez suggests sticking with what you love.

“I would advise Girl Scouts to pick a topic they are truly passionate about! That way even if they encounter roadblocks, they will be able to push through and continue on with a project they care about that will also make a difference.”

Looking for an easy (and free!) activity for your toddler this summer? Try taking small toys, trinkets, and surprises and freezing them in water!...
Read more
Articles

By Rosalind Prather Is anyone else wondering how we went from taking down Christmas decorations to frantically seeking childcare for summer in the blink of...
Read more
Articles

With temperatures soaring above 100 degrees, it’s more important than ever to remember to keep your pets cool. To help dogs beat the heat this summer, BluePearl...
Read more