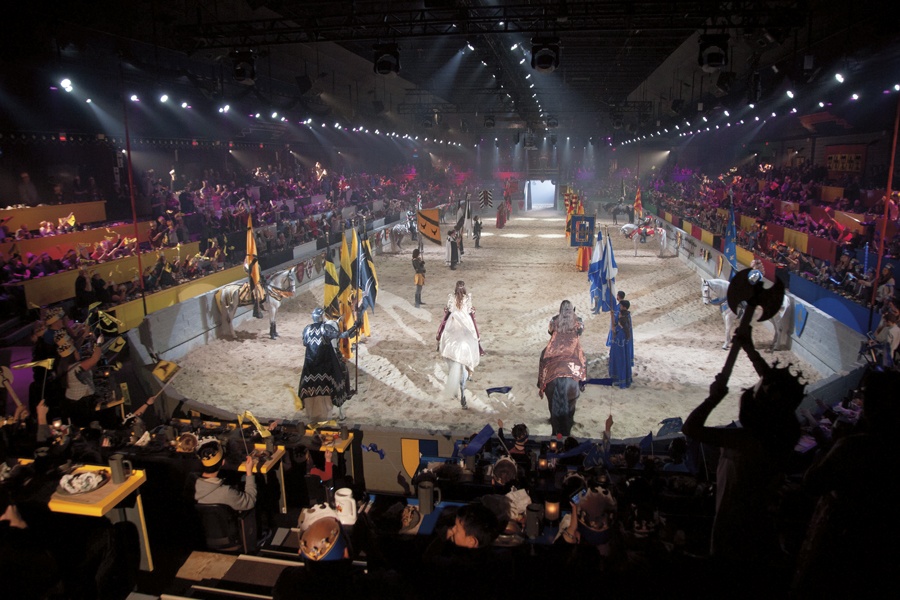 You’re not hallucinating if you see a castle taking shape adjacent to Salt River Fields on the Salt River Pima-Maricopa Indian Community near Scottsdale. Medieval Times Dinner & Tournament is constructing its 10th castle in North America; it’s expected to open this summer.

The 79,000-square-foot 11th century-style castle will host live jousting tournaments complete with horsemanship, falconry and knights in shining armor. Tickets are expected to be $30-$50, including a two-hour tournament and a four-course, utensil-free feast at 9051 E. Vía de Ventura, Scottsdale. All ages are welcome.

Medieval Times Dinner & Tournament was founded in 1977 in Spain, based on the true story of a noble family dating back to the 11th century. The first U.S. castle opened in 1983, and the entertainment concept has grown to 10 locations including Buena Park, Calif. (close to Disneyland), Chicago, Orlando and Toronto. Medieval Times also is one of the largest breeders of Spanish Andalusian horses in North America.

The area near Salt River Fields will also house a new Great Wolf Lodge indoor water park and hotel, expected to open in late summer. Hiring for Medieval Times will begin late spring; the venue is expected to employ about 250. Medieval Times is headquartered in Dallas.

This meal was provided for RAK in exchange for an honest review of this dining experience. All thoughts and recollections are our own. Humble Bistro,...
Read more
Articles

While Americans happily celebrate the birthplace of our nation on the Fourth of July, many pets do not feel the same excitement.  Between July 4...
Read more
Articles

Summer break is a great time for families to relax, have fun, and keep those school-year stresses at bay. However,
Read more