In Phoenix, there are times during the summer months when families start to feel like shut-ins. It’s hot. Kids split their time between swimming pools and finding ways to make outdoor games indoor-friendly.

But, there’s hope. After dark, the desert comes alive. At sunset, outdoor adventures are possible without a whole lot of sweating and whining. From neighborhood bike rides to lighted batting cages to evening walks with the family dog, there are ways to get outside. You just might have to look a little harder, have a little more patience and get creative. Think: stargazing, flashlight hikes and nocturnal critters. To be ready for the desert after dark, have flashlight batteries or headlamps ready. Grab water bottles, find the sneakers and plan for a night out.

Celebrating its centennial this year, Grand Canyon National Park hosts a Star Party and Summerfest June 22-29 on the park’s South Rim with the Tucson Amateur Astronomy Association and on the North Rim with the Saguaro Astronomy Club of Phoenix.

The bat cave. During the summer months, a flood control tunnel in Phoenix hosts spectators as its inhabitants exit for the night. The tunnel is the summer home for thousands of Mexican free-tailed bats. When the sun goes down, the bats take flight. Onlookers gather at a viewpoint near the tunnel, located near the intersection of 40th Street and Camelback Road, to witness the evening exodus. This is one of those seasonal events that is both unpredictable and incredibly unique, which means each night is subtly different. It’s also a phenomenon that is completely free and brings kids and adults closer to the natural world around them.

Flashlight tours. The Desert Botanical Garden is stunning, and it’s great at finding ways to lure folks out for a visit after dark during the hottest months. The garden hosts flashlight tours from 7-9:30 p.m. every Saturday through August. Visitors take self-guided tours with their own flashlights to see nocturnal critters and night-blooming plants. Often there is entertainment and a festive atmosphere. Flashlight tours are $14.95; $9.95 for ages 3-17 and free for ages 2 and younger at 1201 N. Galvin Parkway, Phoenix.

Families can also beat the heat with flashlight tours at the Arizona-Sonora Desert Museum in Tucson during Cool Summer Nights from 6-10 p.m. Saturdays May 18-Aug. 31. Bring your own flashlights to explore night-blooming plants and nocturnal animals. Docents let visitors see some of these critters up close. Admission is $16.95 for Arizona residents; $8.95 for ages 3-12 and free for ages 2 and younger at 2021 N. Kinney Road, Tucson. 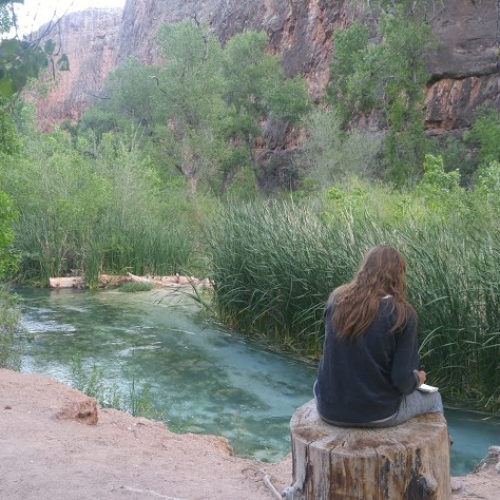