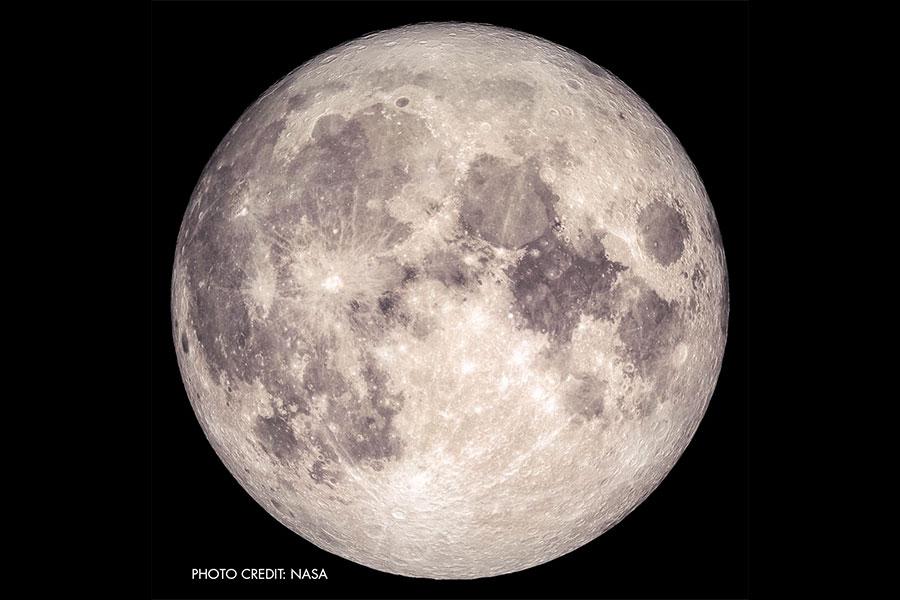 Saturday marks the 50th anniversary of a milestone achievement in science — the day America’s Apollo 11 mission landed on the moon, and Astronaut Neil Armstrong left footprints on the lunar surface with the words, “One small step for man, one giant leap for mankind.”

Arizona played a role in the lunar landing. The United States Geological Survey Astrogeology Science Center in Flagstaff was established in 1963 to support the geologic training of the Apollo astronauts. Here are several ways to mark the anniversary and to celebrate space and scientific achievement:

1. 50th Anniversary Celebration of Apollo 11 (July 20). Arizona Science Center celebrates one of the greatest human achievements in science: the 50th anniversary of man’s first steps on the moon. The science center’s celebration asks what’s next in innovation and exploration through a fun-filled day for the entire family. Plus, see “Apollo 11: First Steps Edition” all week in the Science Center’s giant-screen theater.

2. Space Day at Chase Field (July 20). The first 20,000 fans at Chase Field on Saturday get a Nick “Ahmed on the Moon” bobblehead courtesy of Raytheon as Chase Field hosts its Space Day celebration. Dr. Justin Hagerty, director of the United States Geological Survey Astrogeology Science Center in Flagstaff, will throw out the ceremonial first pitch. Fans can take their photo in front of a backdrop featuring “The Great Moment,” an oversized version of the Paul Calle artwork that is on display at the Scottsdale Museum of the West. Fans can also send their name to the moon and learn about the LunaH-Map Mission, including signs, a countdown clock and model that will be on display along the main concourse. One lucky fan will win a weekend trip to Flagstaff that includes passes to the Lowell Observatory and Sept. 20-29 Festival of Science. D-backs Science of Baseball staff members will host interactive STEM-related activities including using mini slingshots to demonstrate the ideal angle to hit a home run. Saturday’s game is also part of the kids free weekend offer in which fans can receive up to two free kids tickets with the purchase of a full-price adult ticket.

3. Film and NASA artist exhibit (ongoing). Scottsdale’s Museum of the West is celebrating the 50th Anniversary of the Apollo 11 mission by airing the 45-minute Smithsonian Channel documentary, “The Day We Walked On The Moon,” along with an exhibition by  NASA artist Paul Calle featuring his iconic “The Great Moment” painting. The film screens at 11 a.m., 1 and 3 p.m. on Saturday, July 20, and at 1 p.m. Saturday-Sunday, July 27-28. Paul Calle’s Life of Exploration: From the Mountains to the Moon is on display through Oct. 11, 2020.

5. “The Day We Walked On The Moon” at the Heard Museum (July 20). This documentary is being screened in nearly 70 Smithsonian Institution-affiliated museums across the country — including the Heard Museum and the Scottsdale Museum of the West — on the 50th anniversary of the moon landing. Astronauts (including Michael Collins, the third member of the Apollo 11 mission), members of Mission Control (including Flight Director Gene Kranz, Capsule Communicator Charles Duke and Guidance Officer Steve Bales) and the children of Neil Armstrong and Buzz Aldrin reveal their personal stories behind the scenes of the iconic day. Pop culture notables like Queen guitarist and doctor of astrophysics Brian May and television personality and professor of physics Brian Cox describe where they were and what they felt during that “One Small Step.”

7. Flagstaff’s Lunar Legacy Celebration (July 20). When Neil Armstrong stepped onto the moon on July 20, 1969, he met the audacious challenge of President John F. Kennedy to land an American safely on the moon, while turning our species into citizens of the world. Over the next three years, 11 other people walked on and explored the moon. This was possible only with years of preparation, much of which occurred in the Flagstaff area, including astronaut science training, instrument development, and lunar mapping. Flagstaff’s Lowell Observatory celebrates with stories and exhibits about the moon mapping and astronaut training that occurred at Lowell in preparation for the Apollo missions. Plus kids activities, movie screenings and more.

8. Moon Pies (July 20). The Children’s Museum of Phoenix celebrates the 50th anniversary of the lunar landing by letting kids make handmade moon pies in the KIDchen.