Alexa is in the house — so are smart speakers OK for kids? 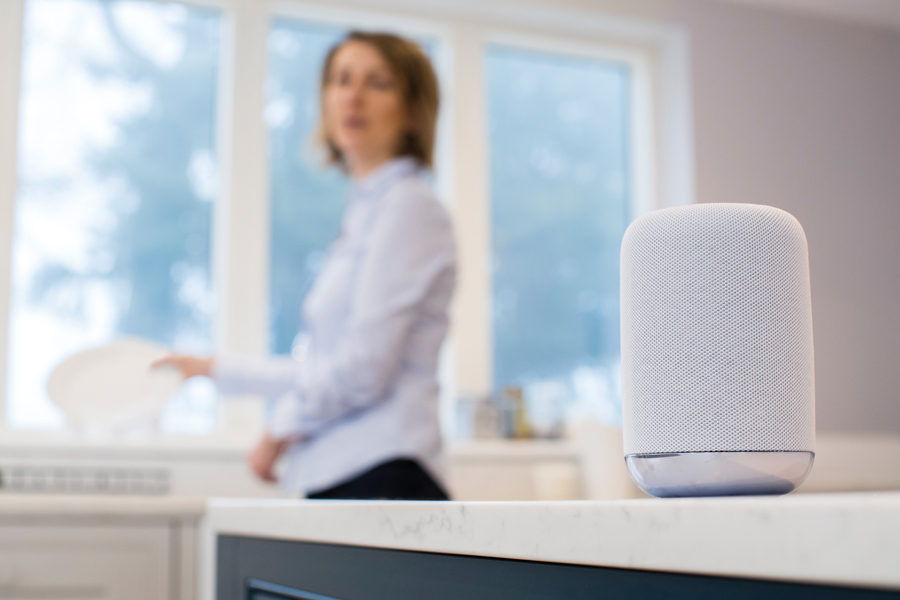 Alexa, tell me a joke.
Alexa, play “Somebody to Love” by Queen.
Alexa, rap.

My 8-year-old son uses our Amazon Echo — a.k.a. “Alexa” — as his own jukebox, news channel, comedian and encyclopedia. He asks Alexa to define words, to find out about a news story he sees flicking across its screen, to play “Wait, Wait, Don’t Tell Me” and occasionally to message his grandparents.

Sometimes he just wants to chat: “Alexa, how are you?”

He has also used the Echo to entertain his friends. One night we had some couples over with their kids. On a hunch, we checked out some of the requests the kids had made while the adults were socializing. “Alexa, play ‘The Poop Song’ by The Toilet Bowl Cleaners,” was followed by conspiratorial giggling.

My husband is a technophile who loves gadgets, so we were early Echo adopters. In fact, my son has been talking to Alexa pretty much since he could form words. While our Echo has become a useful tool for my husband and me, and second nature to our son, sometimes we wonder if we’re putting too much information out into the cloud — and if that’s good for our son.

The Echo and other new smart speakers such as Google Assistant and Apple’s Siri are assisting families in kitchens, bedrooms and offices, doing basic tasks, getting information, interfacing with other programs and devices … and creating concerns about privacy.

After all, these smart devices connected to the Internet are constantly giving and receiving information. But what are they doing with all the information we’re giving them?

According to a survey by Common Sense Media — a national nonprofit dedicated to helping kids, families and teachers navigate the digital world — nearly 60 percent of kids ages 2 to 8 interact with smart devices to play music, get information or hear jokes. I recently attended a local panel by Common Sense Media’s Arizona office that addressed some of the questions educators, journalists and parents have about smart devices and how they affect children.

Are smart devices spying on us?
In short, yes. Smart devices by Amazon, Google and Apple are collecting data and using it to create personal user profiles. Amazon and Google take that data and create a marketing profile to suggest products and ads. Parents have some privacy controls with all of these devices, but much of the safety comes from how parents communicate with their kids about Internet use.

“Like any other piece of technology, we need to educate children so they can create their own Internet personas,” says Francine Hardaway, a local technology entrepreneur. She suggests parents make sure children (and adults) know anything they’re saying to a smart device is being captured. Companies are collecting data like voice, location and interests — all of which can be used to create an Internet persona for their users.

Parents and kids also need to understand that Alexa is not a friend or family member, but an Internet device to be addressed like any other online entity. Namely, kids and adults should keep private information private — including addresses, phone numbers, birth dates and passwords — and set privacy protections.

How credible is the news we’re getting from our smart devices?
According to Retha Hill, executive director of New Media Innovation at Arizona State University’s Walter Cronkite School of Journalism, “We have to encourage kids to go beyond the first answer they might get from a smart device, news source or Wikipedia. It’s important to teach kids critical-thinking skills so they can learn to verify the information they are getting … which is a by-product of living in this digital world.”

In a nutshell, kids and adults shouldn’t take the first answer they get as fact. Everyone should get into the habit of checking multiple credible sources when looking for information.

Are smart devices bad?
While the whole privacy issue can be scary, Rebecca Randall, vice president of philanthropic partnerships at Common Sense, insists, “There are a lot of good things that come out of using smart devices.”

Along with entertainment and games, these devices can help kids with skills such as spelling, language, math, creative play, current events and storytelling. Having a smart device can give kids autonomy over their knowledge … which in itself can be scary.

What can kids can ask Alexa?