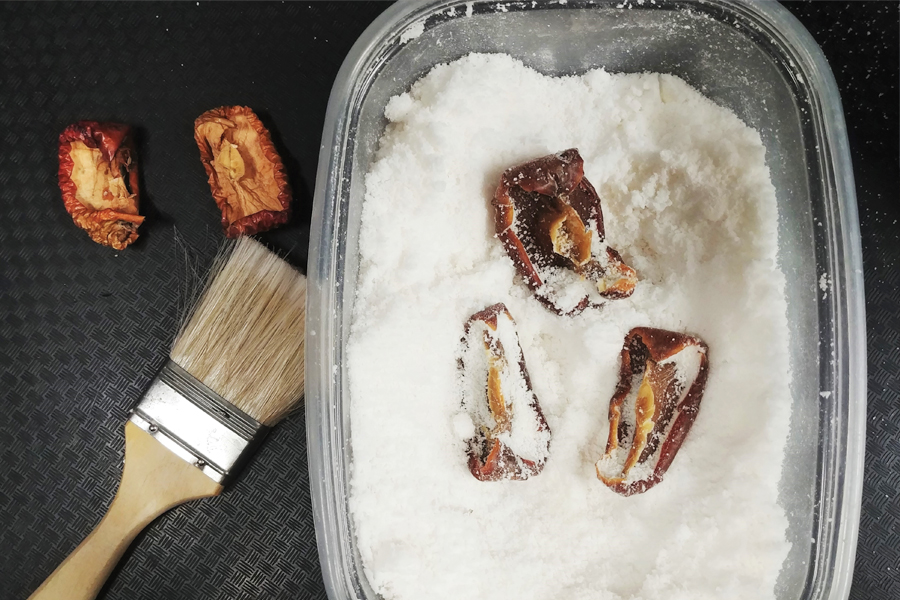 When you think of mummies, you probably think of Egypt — or a certain series of Hollywood movies. But actually, mummies have been found in countries all over the world. In fact, the Chinchorro people of South America started mummifying their loved ones 2,000 years before the Egyptians!

Don’t miss your chance to learn more about mummification while coming face to face with 40 real human and animal mummies in “Mummies of the World: The Exhibition” at Arizona Science Center, which is only on display through Labor Day (Monday, Sept. 2).

Here’s a simple experiment for kids that showcases the mummification process in action.

What did you observe about the apple slices covered in the salt mixture? Did they look the same as when you started? Did they weigh the same? How did they compare to the observations you made of the untreated apple slice?

One of the main steps of mummification is removing water — a process called desiccation. Ancient Egyptians used a material called natron — a natural mixture of salt and soda — to desiccate the body during mummification. This is the same process you see happening to the apple slices. While some water likely evaporated from the untreated apple slice, the salt and soda mixture surrounding the other slices purposely draws out the water and helps prevent the growth of mold, bacteria and other microorganisms that would normally aid in decomposition. Use your weight charts to figure out exactly how much water was removed from each apple slice.

Facebook
Twitter
Pinterest
WhatsApp
Previous articleAlexa is in the house — so are smart speakers OK for kids?
Next articleCommon Sense Media: Parenting with common sense in a 24/7 media world