Finding the support to thrive 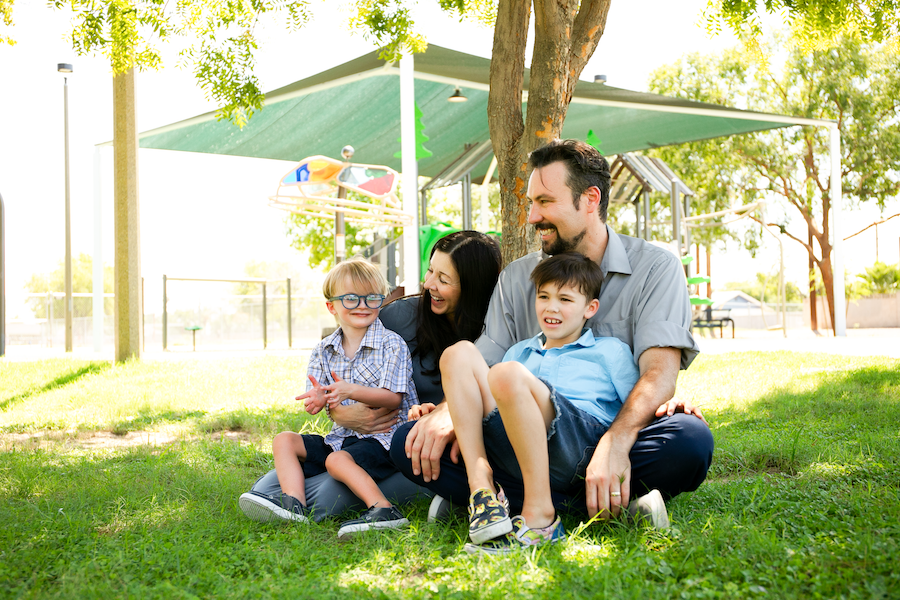 Parker Cook has a dazzling smile and intensely blue eyes behind tiny glasses. At age 5, he is thin but energetic, sweet and a bit mischievous. He adores his older brother, Evander, his black lab Conrad, and, of course, Sesame Street’s Elmo.

Parker and his family met us on a hot August morning at a park near Tempe’s Hudson Elementary, to take photos for the September cover of Raising Arizona Kids. Parents Bridget and Stephen Cook are Tempe natives who actually met in second grade not too far from this spot.

A concert pianist and founder/artistic director of the Oracle Piano Society, Stephen earned his doctorate in music at Arizona State University. Bridget, who has worked in health care and as a personal trainer, is now a fulltime mom, juggling all kinds of therapy appointments for Parker and activities for 7-year-old Evander. 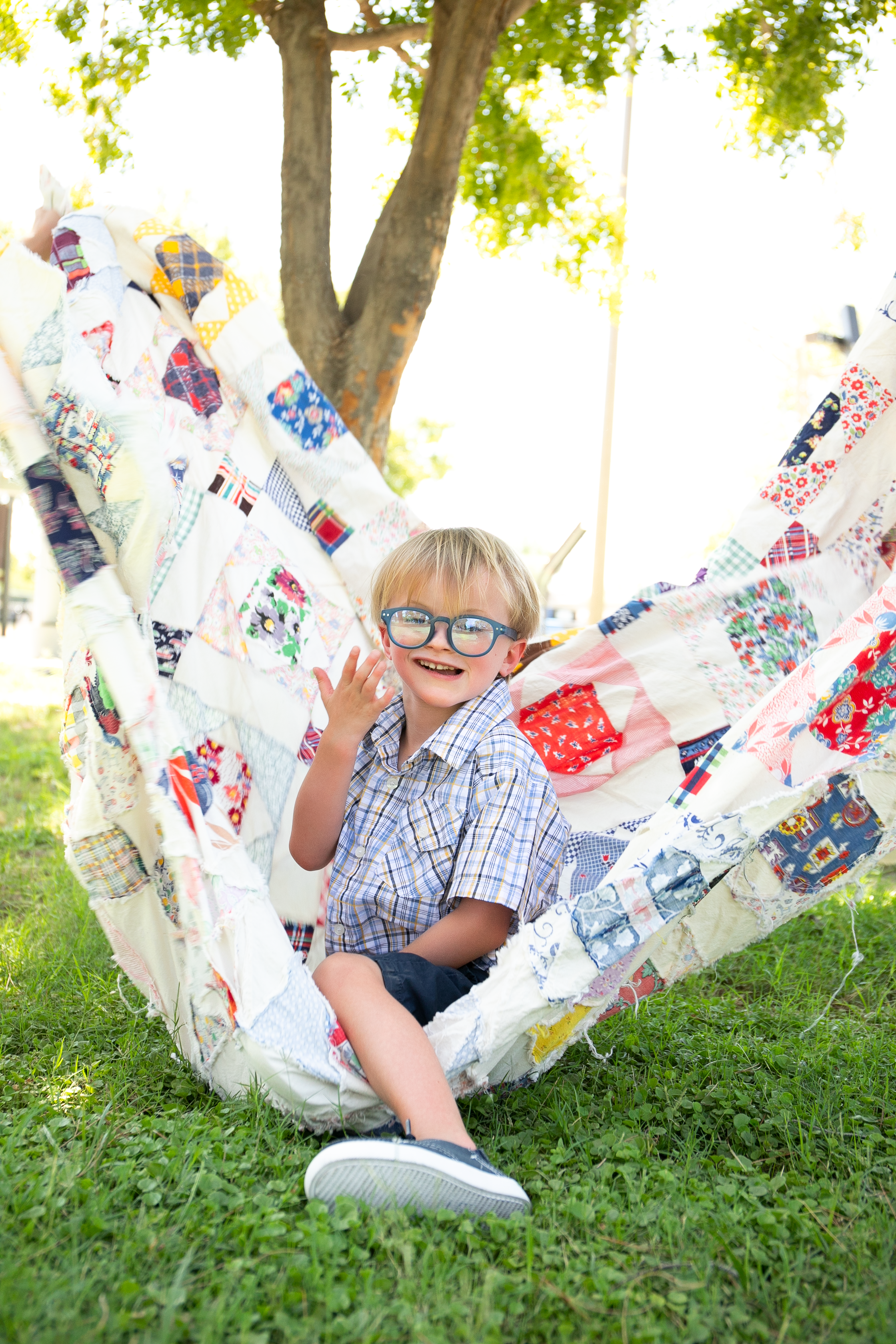 The first two years of Parker’s life were spent in and out of the hospital. After losing a second son in pregnancy to a rare genetic disease called Edwards’ syndrome, they were thrilled but cautious before Parker’s birth. All their testing came back negative for genetic anomalies including Edwards’ syndrome, Down syndrome and Patau’s syndrome.

Bridget was starting to worry less, getting ready for their newborn. With any baby, there are sleepless nights, but nothing prepared her for the trauma tiny Parker seemed to be going through after his birth in August 2016.
“We went through a whole year of a doctor telling us nothing was wrong,” says his mom, who has been diagnosed with post-traumatic stress disorder because of those terrifying early months. “I thought I was crazy.”

Parker’s symptoms weren’t subtle. He wasn’t gaining weight, and feeding him was traumatic for everyone. Parker was constantly throwing up blood. They later understood this was because he was silently aspirating fluids, which were filling his lungs. The fluids would then cause serious respiratory infections, hence nonstop hospital visits and being diagnosed as “failure to thrive.”

Finally, The Arizona Early Intervention Program (AzEIP) sent a service coordinator from Southwest Human Development to the Cook’s home to evaluate Parker, and SWHD started instrumental in-home occupational therapy. Parker’s new pediatrician, Dr. Amy Shoptaugh, referred him to the specialists at Phoenix Children’s Hospital. As Parker turned 10 month old, the Cooks were finally on the path to getting answers, as Parker saw a neurologist, a geneticist and a gastroenterologist.

Another big breakthrough helped emotionally. Because Parker also has a visual impairment, Bridget was getting calls from Mary Wilson, counselor and parent liaison at The Foundation for Blind Children in Phoenix. Wilson insisted Bridget attend a parent support group, knowing it would help to surround her with families who know the joys and weight of caring for a child with special needs.

“I felt so at home. They were so welcoming,” says Bridget, who recalls that moment as a game changer. Wilson knew something else the Cooks didn’t — that some visual impairments can hint at other developmental concerns, and that this group of friends could help them through more than Parker’s severe far-sightedness and trouble with depth perception.

Finally, when Parker was about a year old, the Cooks had a real diagnosis from geneticist Dr. Theresa Grebe. Parker has an extremely rare genetic difference called 7p22.1 deletion syndrome. This microdeletion at the end of the seventh chromosome comes with developmental delays and intellectual disabilities, but it is so rare that it has not been widely studied. Bridget has since joined a Facebook support group for parents of about 20 kids with 7p22.1.

Today, as Parker runs on the playground with his brother and smiles for the camera, those terrifying first months of his infancy seem long past. “He’s very fun. He’s mischievous,” Bridget says and smiles. “He knows how to push our buttons. But he’s also very cuddly and sweet.” 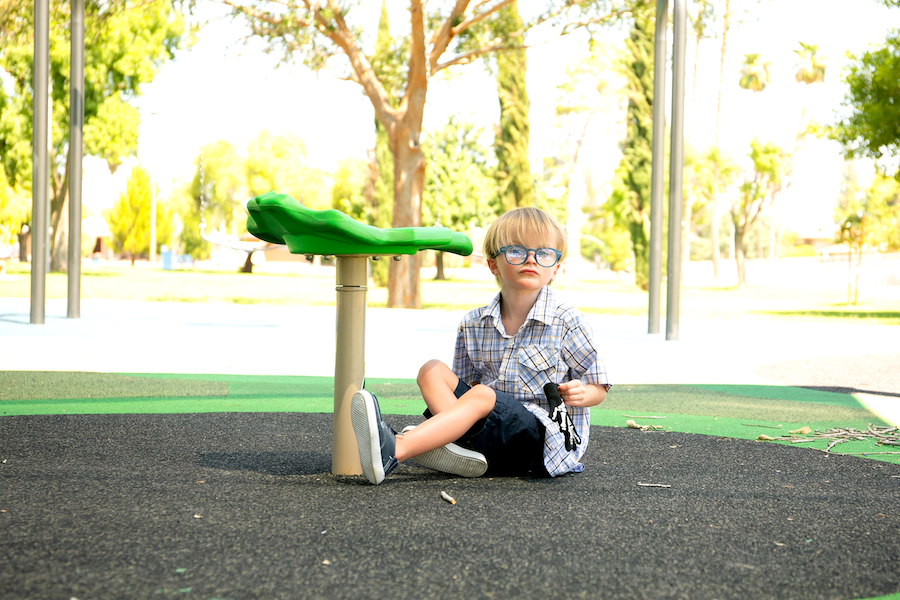 There will always be challenges. Parker is non-verbal, although he knows basic sign language and is progressing rapidly on his augmentative communication device, which looks like an iPad screen filled with words and pictures. He loves using it to request watching Elmo on TV and to say how much he loves his dog.

If Bridget has any message for other families, it’s about the importance of inclusivity, showing kindness and patience toward all kids — especially those with developmental differences. “When you show hesitancy toward someone, your child will mirror that,” she explains, adding that outgoing Evander is naturally empathetic and loves finding ways to make his brother play and smile.

Family time for the Cooks is less flexible than it once was. Spur-of-the-moment camping trips and breezy family getaways don’t happen when your child is medically fragile and requires lots of equipment to go anywhere, and there are times constant caregiving can feel isolating. “There are a lot of moments of loneliness, where your old life doesn’t match your new life,” Bridget admits. 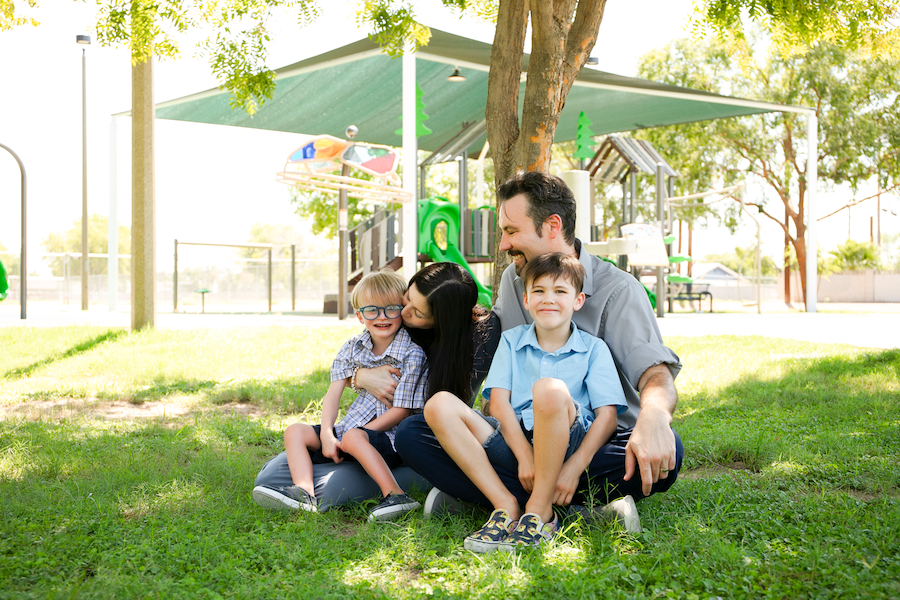 Music is a bright spot. Parker loves listening to classical music. Both boys are both learning to play the piano, and Stephen has brainstormed ways to make music lessons more accessible to kids of all means and abilities through his nonprofit. Bridget says their days are less focused on the future, and more on each moment, helping Parker with his language skills and inching toward more independence.

“I hope we can help some parents out there, searching for answers,” she says. “Not knowing what’s going on with your baby is definitely the most painful experience I’ve had. I hate the thought of anyone feeling so alone.” 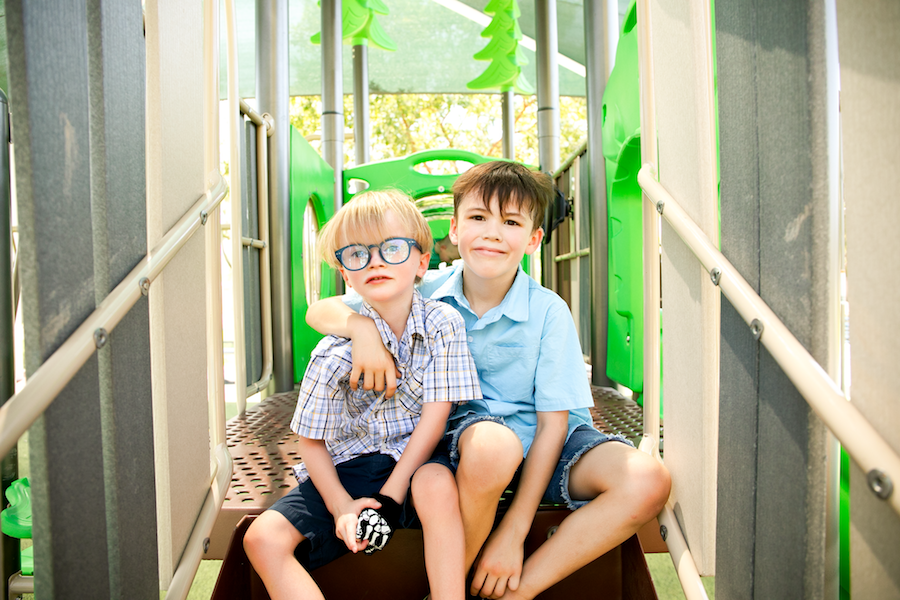