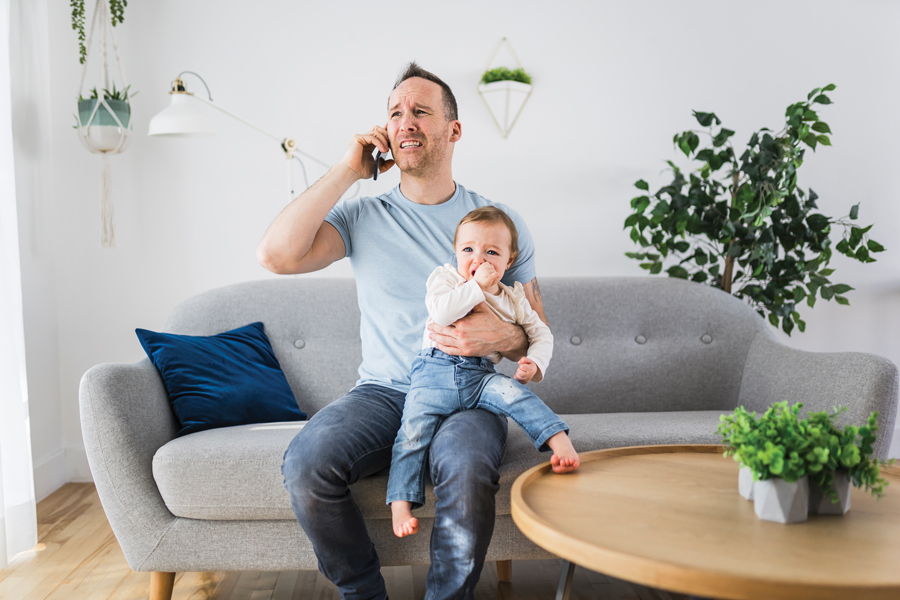 Do you want to communicate better with your co-parent?

You may be tempted to say “no” but here’s the case for answering “yes.”

Research shows that continued conflict between parents—rather than the divorce itself—can cause children to have:

For better or for worse, you are forever connected with your co-parent. You can embrace the irony of needing to communicate better after your divorce than during your marriage for the sake of your children.

Co-parents can recover from a communication malfunction with a simple reboot. Consider these Three R’s for Rebooting Communication.

“Respect” after divorce is complicated. Many divorcing parents fall into a painful cycle of disrespectful communication, offering less and less respect for one another over time.

Begin by deciding to act professionally no matter what. Act as you would at work. You will improve communication when you:

#2 Request, Rather than Demand

Demanding something from your co-parent will likely lead to conflict and lower the chances of getting what you need. Making a request, however, is a powerful technique to foster healthier communication.

Scenario: You want to pick up your kids from your co-parent’s house at 8 AM on a Saturday, but you know that your co-parent enjoys making breakfast for them.

You could say, “I’d like to pick up the kids at 8 a.m., but I know they love it when you make breakfast with them. Would it work for me to pick them up at 8:30 a.m. to be on time for our appointment?

#3 Remember to Assume the Best Intentions

This doesn’t apply to intentional or extreme negative behavior, but when used for everyday challenges, assuming the best can eventually result in your co-parent doing the same for you.

As Alanis would say, “isn’t it ironic” that communication breakdown led you to divorce and now your children’s well-being depends on exhibiting healthy communication. Alanis continues “life has a funny, funny way of helping you out.” Your communication reboot could become one of your most courageous parenting accomplishments.

Courageous Co-Parenting is Raising Arizona Kids’s monthly column for separating or divorced parents to learn conflict resolution skills, strategies, and attitudes for healthy co-parenting. These concepts apply to all parents. Please feel free to share the column with your co-parent.

Michael Aurit, JD, MDR, is a Professional Mediator and Co-Founder of The Aurit Center for Divorce Mediation in Scottsdale, Arizona. He is President of The Academy of Professional Family Mediators. He is also an Adjunct Professor at The Straus Institute for Dispute Resolution at Pepperdine University School of Law and Arizona State University’s Sandra Day O’Connor School of Law. Michael is married to Karen Aurit, and they live in Phoenix, Arizona with their three and five-year-old daughters. To learn more, visit auritmediation.com

Shamrock Farms is turning 100 this year and the brand’s beloved spokes-cow Roxie is getting a brand-new outfit to celebrate! Happening now, kids (and kids...
Read more
Articles

May has officially been declared Maternal Mental Health Month in Arizona. As someone who's recently been through pregnancy and is still in the midst of...
Read more
Articles

Every year, Gila River Resorts & Casinos select four nonprofits to be the beneficiary of the Everi Cares Kiosk donation program, which is a...
Read more