My cellphone alarm beeped at 5:30 Tuesday evening. Time to video chat with Grace and Finley, my 6- and 4-year-old grandchildren, who live in Chicago.

Tuesday story time is an effort to shrink the miles between us. My husband and I are among the legions of  Baby Boomers who embrace grandparenthood as if we created it. Although we tap technology to stay in touch, the pull to be a part of these children’s lives is as powerful and primal as when we gave birth to their parents.

Ellen Jacobs, of Phoenix, whose three grandchildren live on the west coast, began a bedtime FaceTime reading ritual when her first grandchild, now 10, was a toddler living in Northern California. Her book series of choice was the Berenstain Bears.

“Gracelyn always loved to read,” Jacobs says, “and when I would visit her, she would always bring me books to read. It was a natural to continue that when I returned home.”

The routine remained when Gracelyn’s sister and brother were born, Jacobs adds. “It helps keep my face in front of them, and it builds a special memory with them.”

FaceTime has also made bedtime story time a serendipitous family reunion when Grace and Finley’s Phoenix cousins — Mack (5) and Celia (3) — are with us. Judy Schachner’s “Skippyjon Jones” series has been our go-to goodnight book. The stories about the intrepid Siamese cat who thinks he’s a Chihuahua has what’s most important in every children’s book: captivating illustrations and a story line that captures their imaginations.

During a recent Chicago visit, we ventured to a bookstore to explore what would follow Skippyjon.  (“The Frances” series, by Russell Hoban, and “Amelia Bedelia,” by Peggy Parish and Herman Parish, are in our queue.)

Scottsdale resident Martha Christiansen stays in touch with her Colorado granddaughters, Sadie, 9 and Madison, 12, via text messages, Snapchat and Instagram.

“I try to be the hip and techy grandmother,” she says.

Although technology helps bridge the miles, old-fashioned person-to-person time remains the touchstone of choice whenever possible. Scattered among preschool drop-offs and pickups, impromptu family dinners and sleepovers with my Phoenix grandchildren are Wednesday morning playdates at the Musical Instrument Museum.

Celia and I join Mini Music Makers teacher Miss Katie and the moms, dads and grandparents who spend 40 minutes every week exposing their children to the rhythms, sounds, beats and magic of music.

“We usually take care of Cate on early release or school-service days, and we have her after school at least one day a week,” Christiansen says. “In the summer, we are ‘summer camp’ when her regular camps are not in session.”

Camp Nana and Poppy includes the principles of fun, education and ease — from participating in such daily routines as helping make dinner (with an emphasis on desserts), grocery shopping and trips to the pet store to buy dog food (and studying all the pets). Camp weeks also are sure to include special excursions to such places as McCormick-Stillman Railroad Park, bookstores, parks and miniature golf.

“We do lots of crafts, and I am the prime playmate for ‘school,’ ‘pet shop’ and lots of imaginative play,” Christiansen says.

However high tech the communication or simple the activities, grandparents spend time with their grandchildren to build memories and share the stories of their tribes. That’s the powerful urge that motivates me, anyway.

My grandchildren may beg for more stories about Skippyjon Jones, but the tales that most hold their wide-eyed attention are the ones about their earliest hours, their parents’ childhood antics, my own stories and those of their generous-hearted ancestors.

I may have mastered FaceTime and Paw Patrol Uno, and have a guaranteed supply of strawberry popsicles, but the true gift I give my grandchildren — like the gift my grandmother gave me — is time, attention, unconditional love and the one thing no one else can share: their family’s stories.

Related: Books that celebrate grandparents — on Grandparents Day and every day 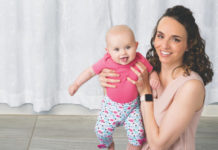 The joys of grandparenting