Childsplay’s “The Snowy Day” takes the stage in Tempe

While snow has blanketed much of the country lately, greater Phoenix has stayed mostly balmy. If we’re lucky, January brings a little rain. Snow, not so much.

But it’s coming. On Jan. 21, Childsplay brings snow to the Valley of the Sun. “The Snowy Day and Other Stories by Ezra Jack Keats” is an imaginative musical about the childhood joys and challenges of growing up. It will be onstage weekends through March 11 at the Tempe Center for the Arts. 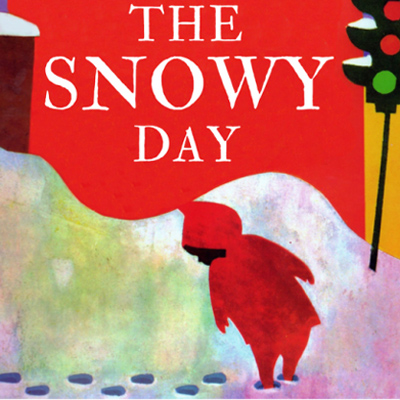 It is adapted by Jerome Hairston from “The Snowy Day,” “A Letter to Amy,” “Whistle for Willie” and “Goggles!” The show follows the adventures of Peter, who — friends in tow — learns to whistle, plans a birthday party, tries to hold on to a treasured pair of beat-up old motorcycle goggles, and, of course, starts snowball fights and makes snow angels.

Playing Peter is Andre Johnson, one of three actors who all have multiple roles. Savannah Alfred and Micah DeShazer complete the cast.

“Right after Peter learns how to whistle and uses his new skill to call for his pet dog, Willie, they rush back home together and are greeted by Peter’s parents,” Andre says. “The scene of joy and support coming from the parents always makes me smile.”

Though there are only three live actors, the use of innovative shadow puppetry incorporated into the storytelling promises to make it seem as if there are more characters onstage at once, as well as helping recreate some of the classic silhouettes from the books’ illustrations.

“Using shadow puppets gives us the ability to play with perspective — making shadows larger to suggest big kids or smaller to suggest that a character is off in the distance,” explains Katie McFadzen, who is directing the production and recently starred in a one-woman adaptation of the Charles Dickens classic “A Christmas Carol.”

What does McFadzen hope families will take away from their experience at the theater? That’s simple: “Joy,” she says. “The joys of childhood, finding joy in simple everyday things like making snow angels and learning how to whistle, joy in friendship, and joy in birthdays and growing up.”

“Ultimately, I would hope that everyone sees how joyous it can be to explore and accomplish the little things in life,” he says. “Every single day contains the potential for a new adventure, or a new challenge, and seeking out those activities can help us create defining moments in our lives.”

Chances are if you have a new little one in your home, you are receiving lots of advice from family and friends on just...
Read more
Articles

If you’re planning to deliver at a hospital, here are several tips you can do to help prepare for a personalized delivery experience. Doctors...
Read more
Articles

Accessible Playgrounds for Kids of All Abilities