Statistics show that the suicide rate for transgender people is staggeringly high — 30 to 40 percent — unless the trans male or female has been well-supported throughout their lives.

I met Aubree when she was 3 years old, when my daughter Amelia and her husband (Aubree’s biological dad) gained full custody of her. What I saw then was an adorable child, playful and silly. She loved cars and trucks, Spiderman and Ninja Turtles and hated wearing anything feminine or frilly. We assumed we had a delightful tomboy on our hands. No one thought anything of it.

By age 4, Aubree confidently began to say, “I am a boy, so I need boy clothes,” and “I need a short haircut.” Initially, my daughter and her husband thought it was a phase, as I did, blaming it on a host of rationalizations — from missing the brother she became separated from, to feeling angry at both her biological mother and her new mom “Milli,” or just confusion over new family routines and rules.

At age 6, Aubree asked me to help with the spelling of words in letters she painstakingly wrote to her teachers and her daddy and stepmom. The letter began: “I am a boy named Jayden.”

It was impossible to dismiss an innocently declared, raw personal truth. It was also impossible to deny our worry over all the potential challenges that lie ahead.

That was when we stopped calling Aubree a girl. We were going to continue to love Jayden, the boy, unconditionally while educating ourselves about how to most helpfully serve as advocates.

My daughter and son-in-law attended a handful of counseling sessions to help Jayden navigate things like public restrooms and offer tips on what to do if anyone at school or anywhere else questioned his identity.

At 6, Jayden understood and could articulate how body parts and gender identity don’t have to match. We gave him the January 2017 issue of “National Geographic” and its “Gender Revolution” story, which featured many other children like him. He felt reassured that he isn’t alone. He looked at the pictures on and off for days. I make a point of leaving mainstream magazines around that feature other gender non-conforming children and children’s books such as “The Princess Boy” to help remind him that he is not alone. His parents are his best allies, always poised to speak to adults on his behalf if he asks for help.

Jayden and I have regular Thursday evening dates. We ride bikes, have picnics, assemble jigsaw puzzles, eat French fries and watch movies. We talk about all kinds of things, and for the most part, he’s like any other kid. The little bit of him that is atypical has to think about how to respond in certain awkward situations.

One night at the YMCA, the desk attendant for the pool asked if he was in the computer system. “Yes,” I answered quickly, “but it might be under Aubree.”

“What’s your name?” she asked him directly.

“Oh, then Aubree is your middle name?”

I looked at him and mouthed “yes.” He gave me the death stare for lying.

When she asked him if he was a boy, he answered, “yes,” like he always does, and she said she would change that in the system, too. She then instructed us to use the family changing room, and I was relieved.

I explained to Jayden why I lied, feeling ashamed of my assumption that the attendant would not understand, when in fact she made no issue of Jayden’s changed name or gender. We both knew this could have gone either way.

For those of us who were able to trust and transition with him, we only know Jayden as he is now. He presents as a confident little guy, and even the photographs and faded memories of an adorable little girl with dirt on her hands and stinky feet don’t elicit questions or grief. That’s not to say everyone in his world has been flexible.

Statistics show that the suicide rate for transgender people is staggeringly high — 30 to 40 percent — unless the trans male or female has been well-supported throughout their lives, advocated for and assisted through tough transitions. Because this group is typically easy to identify by gender non-conforming ways of dressing, wearing make-up, hair styles etc., they are targets for sexual harassment and violence. As they approach adolescence, isolation and loneliness can be overwhelming.

What I’ve learned is that gender identity is not a given nor a choice. Some developmental psychologists say that children as young as 2 or 3 can express a gender identity that is at odds with the one defined by their genitalia. But other children take years, even decades, to determine that they are transgender. When I asked Jayden how he knew that he is a boy, he responded quickly:

Recent studies funded by the National Institutes of Health suggest that the biological development of genitals taking place in the womb can occur at a different time than gender association develops in the brain. A host of other chromosomal variations can impact where one falls on the spectrum. Younger children whose behavior and preferences may not be solidly masculine or feminine are increasingly called “gender-creative” or “gender-fluid” by educators, psychologists and parents.

My best guess right now is that Jayden’s mental health will remain intact. He is well loved, respected and parented and is an excellent student at school — aside from the fact that he gets in trouble occasionally for his wiggliness and for losing things.

He has friends and plays outside in the neighborhood on days he doesn’t attend karate. In another year or so, we’ll send him to Camp Born this Way in Arizona — an informative overnight camp for families with gender non-conforming children ages 5-17. For the first time, he will meet a fully supportive community of kids like him. By the time he is in fifth grade, he will contemplate whether or not to stave off puberty with hormone therapy until he is old enough to face more serious choices regarding his body.

Although mainstream media feature celebrities in popular reality shows and program series like “Transparent,” “Orange is the New Black” and a heavily interviewed YouTube celebrity teen named Jazz, this content does not direct attention to the isolation and dangerous depression that affect too many gender non-conforming children, teens and adults.

There’s some good news on the horizon about tolerance and the millennial generation. A recent survey conducted by the Human Rights Campaign of 1,000 millennials ages 18-34 found that half think gender is a spectrum and that some people fall outside conventional binary categories. But discrimination against transgender and LGBTQ people has also been on the rise with discriminatory political rhetoric, policies such as trying to reinstate a ban on transgender people in the military and a Supreme Court decision that left open a door to same-sex and transgender discrimination.

On Jayden’s behalf and with his permission, I share his story with the hope that it’s a reminder for all of us to continue to educate ourselves and to consult with experts and organizations that can create safe home, public and school environments for all kids.

Resources for transgender kids and their families

Children who identify as lesbian, gay, bisexual, transgender or gender-diverse (when gender identity differs from birth sex) often lack adequate health care and mental health resources, according to the American Academy of Pediatrics, which is working to help pediatricians and parents navigate the health concerns of gender-diverse youth.

“We know that family and community support are essential for any child’s healthy development, and children who are gender-diverse are no different,” Dr. Jason Rafferty of the AAP said in a recent statement. “What is most important is for a parent to listen, respect and support their child’s self-expressed identity. This encourages open conversations that may be difficult but key to the child’s mental health and the family’s resilience and well-being.”

Population-based surveys estimate that 0.7 percent of teens ages 13 to 17 identify as transgender, according to an AAP report that urges physicians to offer a safe and inclusive place for transgender and gender-diverse youth.

“We encourage families, schools and communities to value every child for who they are in the present, even at a young age,” said Dr. Cora Breuner, who chairs the AAP Committee on Adolescence. “As pediatricians and parents, we also appreciate how challenging, and at times confusing, it can be for family members to realize their child’s experience and feelings.”

The AAP is an organization of 67,000 pediatricians and specialists dedicated to the health, safety and well-being of children and young adults. Visit healthychildren.org 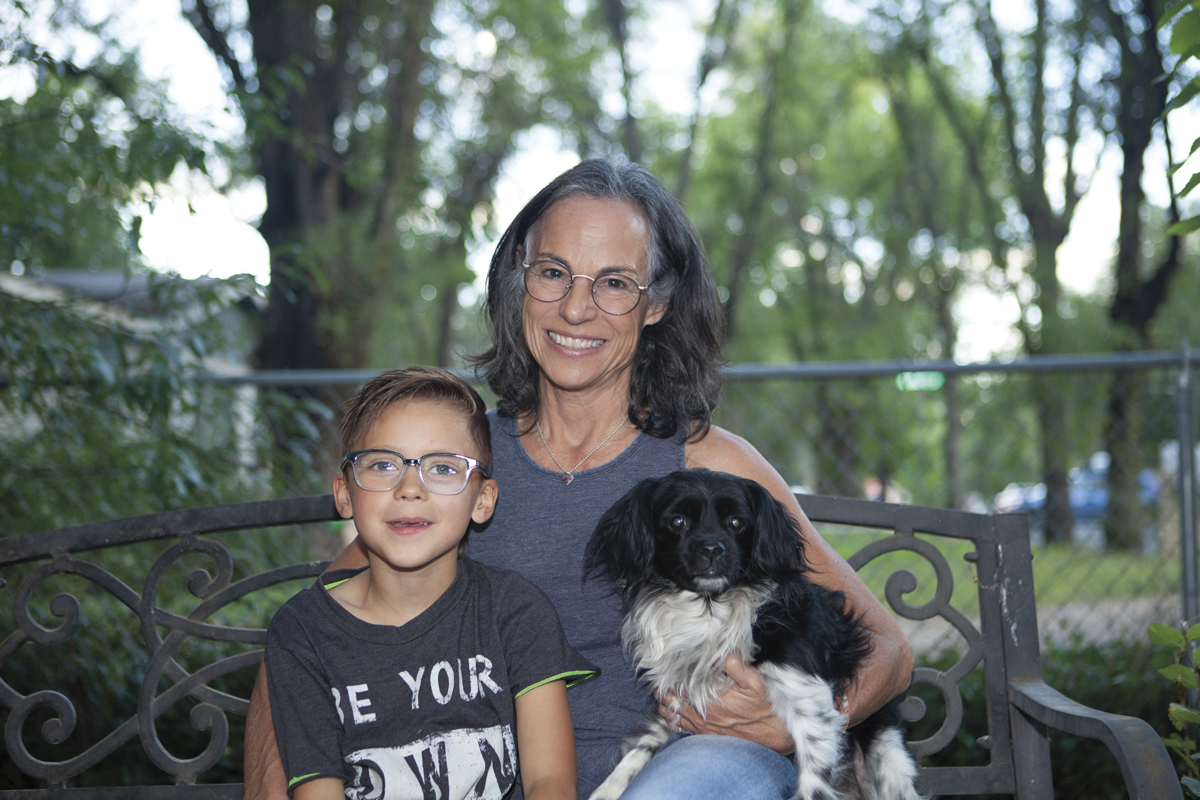