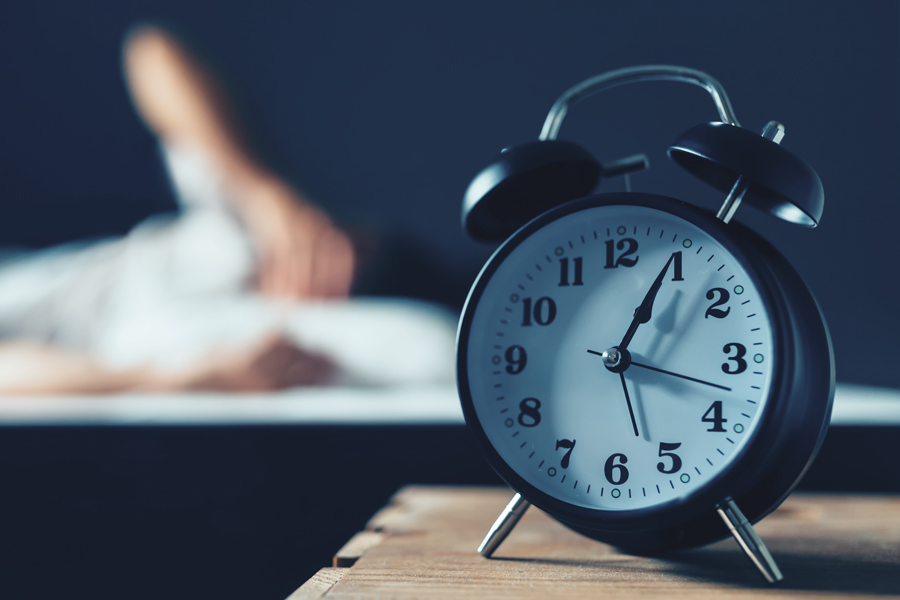 You know those job interviews where they ask about your worst quality? I know. Everyone hates that question. But it’s not a tough one for me. I know what my problem is: I’m a worrier.

I once wrote on my Facebook page: “I worry that I worry too much.” I wrote it to be funny, and I thought it was mildly humorous, until it got more than 100 “likes.” Most of my friends’ comments? “You do!”

I felt a little better when my brother responded: “I worry that I don’t,” which made me laugh.

I used to make fun of myself for being a “chronic insomniac,” a weird, quirky quality that I thought was truly my own. Except lately, I’ve noticed, I have company. Pretty much everyone I know is kept awake by something.

I saw one statistic that said, “Over half of Americans are having trouble sleeping at night because of worry.” And anxiety among teens and school-age children has been described as epidemic.

I have to admit that my concerns have changed. The little nuisances I used to obsess over no longer bother me: projects that didn’t get completed or whether I’ve offended someone. These seem ridiculously mundane. Now my fears have turned to bigger, scarier things: Natural disasters. Life-threatening illnesses. Mass shootings.

Perhaps it’s because there isn’t a place that feels safe anymore. When movie theaters, places of worship, hospitals and schools are targeted, when victims of fires and hurricanes are left stranded, when towns go years on end without safe drinking water, when families go bankrupt because of medical bills — insecurity feels justified.

And even worse: We can’t talk about it.

Perhaps the problems seem overwhelming because every conversation about important issues seems almost more fraught with danger than the situations themselves. In the current political climate, every topic seems so divisive that even neutral subjects such as sports or the weather can descend into heated arguments.

We find ourselves in a place where we are afraid to talk openly about anything, as most serious discussions usually devolve into some version of the “blame game,” where each side is more concerned with whom to accuse than how to find a solution.

I’m guilty of this myself. The problem is, not only is this counterproductive, it also destroys those family relationships and friendships that would have been the source of comfort in the past.

I don’t know what the solution is, but I know it has to stop. As much as I like to make light of my worrying, I know it is not really funny. Anxiety can be debilitating. And no problem is ever solved by screaming matches or, heaven forbid, violence. So far, worrying and yelling hasn’t gotten us anywhere.

I’m hoping 2019 brings us something new: Problem-solving and compromise.

Then maybe, just maybe, we’d all sleep better at night.

Sheri Smith, of Scottsdale, is the mother of two teenagers: Aidan and Sarah.

RELATED:
The power of music: Getting “in synch” with your kids
Graduation day: Motherhood has felt like a sprint, a marathon and a three-legged race
Mother’s Day reflections: The woman who taught me how to be a mom