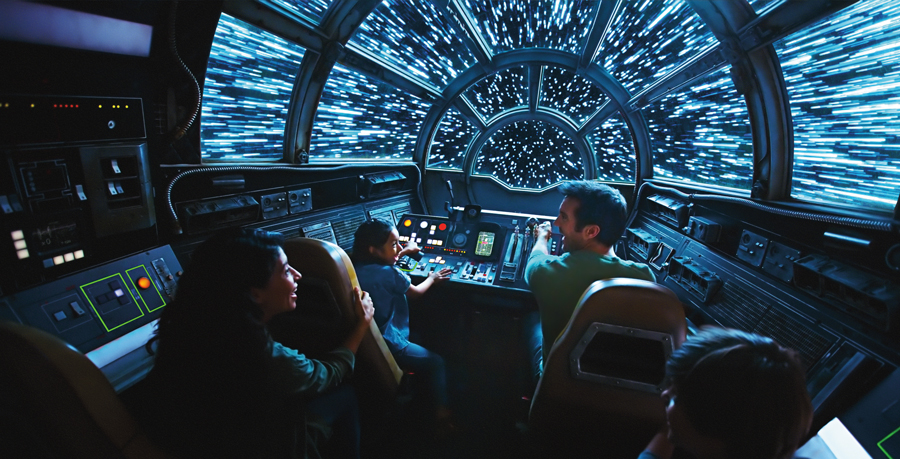 Star Wars: Galaxy’s Edge opens May 31 at Disneyland. Not just a ride, Galaxy’s Edge is an entire new “land” at the Anaheim, California, theme park, offering rides in the Millennium Falcon, a Droid Depot and lightsaber shop, a cantina with otherworldly foods and beverages and, more than likely, some incredible costumes.

Galaxy’s Edge is said to be set on the forgotten planet Batuu. The biggest ride here — Star Wars: Rise of the Resistance — will not yet be ready when Galaxy’s Edge opens (the ride’s opening is planned “later this year”). Still, such big crowds are expected May 31 through June 23 that Disneyland ticket holders are required to make no-cost reservations, subject to availability.

Tickets for one-day general admission to Disneyland vary daily, ranging from $104 to $149 per person; learn about multiple-day discounts and other ticket packages at disneyland.com.

Universal Studios Hollywood also is set to debut new attractions this summer, including Jurassic World: The Ride on the lower level of the theme park and movie studio lot. At the popular Wizarding World of Harry Potter, a new light and sound show debuts this spring at the castle. Dark Arts at Hogwarts Castle, “an ominous spectacle of light and music,” will be projected select nights on the castle walls accompanied by a John Williams music score.