Home Articles Parents of students with learning differences have a right to independent, paid...
ArticlesEducationSpecial Needs

Parents of students with learning differences have a right to independent, paid evaluations

Parents concerned about their child’s academic abilities need to first have them evaluated at school. If they disagree with the evaluation, the parent has the option, for up to a year, to request an independent educational evaluation. 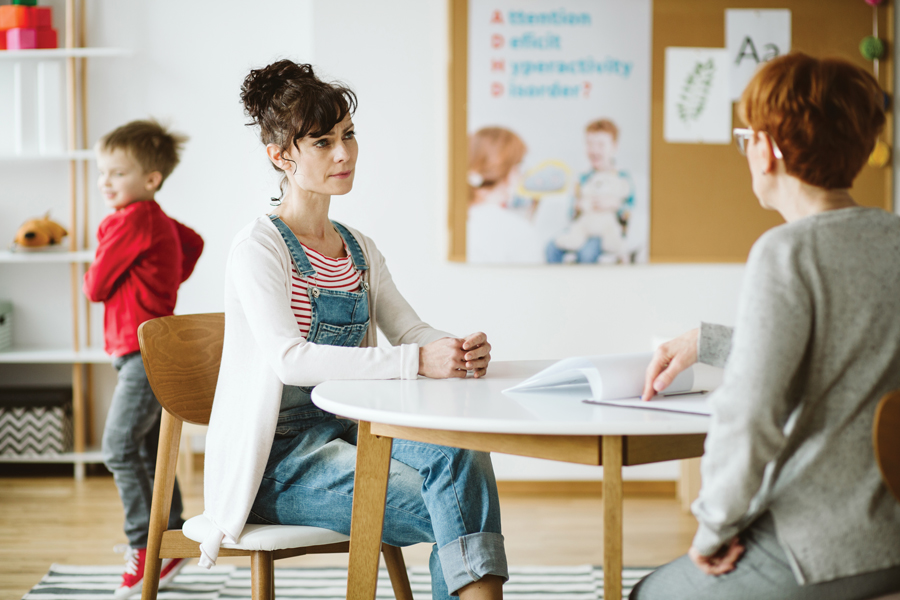 When our son was 3 years old, my Swiss husband sat at the kitchen table trying to teach him French, his native language.

“Un, deux, trois,” he said in the same simple way he used with our older child.

Our toddler recited the numbers beautifully the first time, but when asked to repeat them a few seconds later, the words disappeared faster than we could say “croissant.” This process repeated itself over and over until my husband was exasperated.

“He needs to be tested!” my husband said, not really knowing what that meant. We laughed at the time, but looking back, it was a hint of what was to come.

In second grade, our son attended a charter school. His recently graduated, enthusiastic but uncertified teacher, required him to copy whiteboard after whiteboard of notes, sit still for long periods of time and read out loud. That is when we knew there was a real problem.

We asked if he could be tested. This was the first of several evaluations by charter and public schools. Unfortunately, many teachers and even school psychologists have limited knowledge of dyslexia, dysgraphia, attention deficit hyperactivity disorder (ADHD) and working memory. And Arizona does not require special education administrators to have completed coursework in special ed. But that never stopped staff from evaluating him. And surprisingly, he received glowing reports.

Here’s the problem. And it was a big one. My young son was not glowing at home. Many mornings we had to pry his tightly wrapped hands from the bedpost and force him into the car. He hated school. We soon learned that he was being targeted and teased by other students for his academic challenges.

When a parent and their child know something is wrong, and are told by school staff that their child is fine, it is beyond exasperating. Some teachers and school psychologists said “he seems fine,” without knowing what “not fine” looked like. In eighth grade, he was even told he was reading at a 12th-grade level! There was a huge disconnect between what was being said and what we were experiencing.

Sadly, this is very common. An unknowing parent can watch his or her child struggle through 12 years of schooling while being told there are no problems, due, in part, to the training gap between a special education teacher or school psychologist and a pediatric neuropsychologist, which can impact the quality and accuracy of an evaluation.

According to Marian Wright Edelman, president of the Children’s Defense Fund and author of “The Cradle to Prison Pipeline: An American Health Crisis,” inaccurate evaluations impact our entire society. “Few public schools have the resources to recognize health issues such as dyslexia, attention deficit disorder, hyperactivity disorder,” Edelman writes. “Instead, the behavior is more often perceived as insubordinate or disruptive than it is recognized as symptomatic of a disorder. … Thousands of students are expelled and even arrested for subjectively defined behaviors such as ‘disorderly conduct.’ ”

Fortunately for us, an advocate said we could actually disagree with the school assessment. Not only that, but the law required the district to pay for an outside evaluation performed by a specialist. This was valuable information that we, and I’d wager many other parents, didn’t know. It is, however, outlined in the information packet parents of children with disabilities receive when seeking school services. 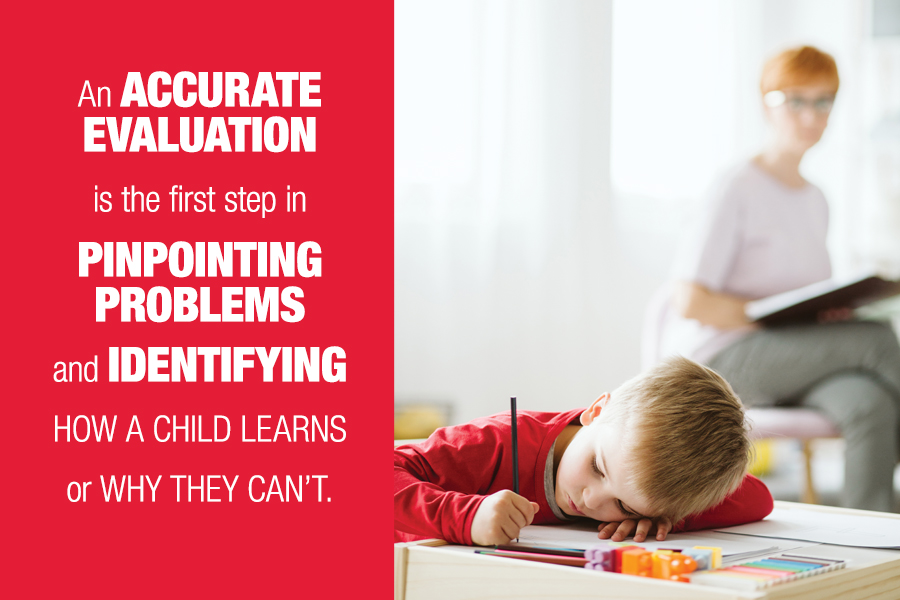 Securing an outside assessment

Karyn Zogopoulos knew nothing about this option. Her son was placed in a developmental preschool that provides extra support, but later was reevaluated and deemed no longer qualified. The Scottsdale mother of seven paid $2,200 for outside evaluations. The tests revealed that her son had many academic challenges.

“There was a huge discrepancy between what the doctor said was wrong and what the Scottsdale Unified School District said was wrong,” explains Zogopoulos. In the end, her son received a 504 plan, which requires schools to provide accommodations to children with disabilities.

This can be a common occurrence says Susan Marks, a Phoenix-based special education attorney and advocate. “Parents know there is something not right, but the teachers and the schools say there is nothing wrong,” Marks explains. “[Parents] don’t know they can ask for an outside evaluation.”

Marks says outside evaluations are key to ensuring that parents have meaningful opportunities in the decision-making process for their child. “It is one tool that parents have that can put them on an equal footing with the districts,” she says. “It can be very intimidating to be sitting around a table with all of these professionals telling you the results of their evaluations. It’s like getting a second opinion.”

Parents concerned about their child’s academic abilities need to first have them evaluated at school. If they disagree with the evaluation, the parent has the option, for up to a year, to request an independent educational evaluation.

The Individuals with Disabilities Education Act requires that parents of a child with special needs receive a packet of procedural safeguards. Page five of this 26-page, densely-written packet outlines parents’ rights to an outside evaluation at the public’s expense. Once requested, parents can choose from a school-provided list of specialists. But they are not bound by this list or severe financial limits placed on the testing. A thorough evaluation provided by a pediatric neuropsychologist can cost more than $2,000.

Marks cautions parents against asking for an IEE — an independent educational evaluation — just because they don’t like the results of school-based testing. The decision should be based on actual observations and strong parental instincts that a child’s challenges have gone undetected or the child did not receive an adequate evaluation. “If a school believes that their evaluation was proper, it can file for a due process hearing, and if the judge finds that the evaluation was proper, the school does not have to pay for an IEE,” she says.

My son’s diagnosis included ADHD, specific learning impairments in reading (phonological dyslexia) and writing (phonological dysgraphia) and more. It validated and confirmed our concerns. Knowing the truth about his abilities gave us direction in seeking help. The charter school gave him an IEP (individual education program), while the Scottsdale Unified School District initially denied him one but eventually provided a 504 with services. Parents of children with learning differences know it’s a long process securing additional services and supports, but you have a better chance of doing so with an accurate IEE than without one. 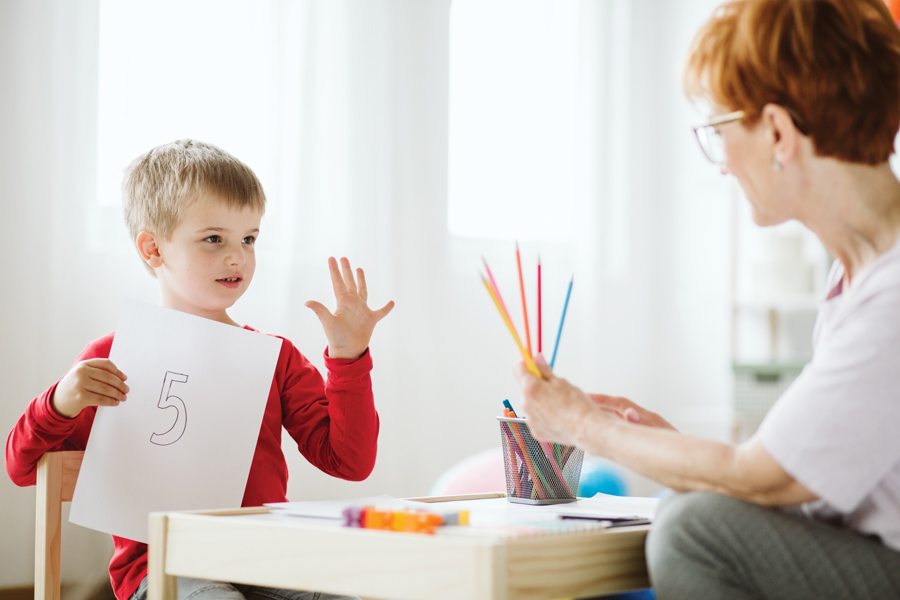 Many say funding for education is a factor in favorable evaluations, and consequent services provided. In 2016, the U.S. Census Bureau reported that Arizona was third from last in funding for students. While states like New York spent nearly $9,000 per student that year, Arizona doled out a measly $2,850. The funding formula for special education has not been reviewed since 2007, while the number of special education students has more than doubled. But not all schools let funding impact the integrity of their work.

“Some school districts do a good job on their evaluations,” continues Marks. “And an outside IEE is not necessary.”

Janna Murrell is one local mom who was happy with the evaluation her son received at school. “What I saw in my son, Tucker, was exactly what [his school in the Gilbert Unified School District] saw,” says Murrell, who is also assistant executive director for Raising Special Kids, a Phoenix-based nonprofit that provides support and information to parents of children with disabilities. The organization is funded in part by the U.S. Department of Education and the Arizona Department of Education.

Christopher Tiffany, executive director for Raising Special Kids, says the procedural safeguards packet is not exactly reader-friendly, but contact information for his organization and others is provided there. He encourages parents to call Raising Special Kids (602-242-4366) if they need help managing the maze of special education material. The organization also is able to connect parents with peer mentors — other parents who have been down a similar path. Services are free to families.

“Parents are afforded procedural safeguards,” says Tiffany, “and the independent educational evaluation is a part of the package of parents’ rights.”

American illustrator George Evans once said, “Every student can learn, just not on the same day, or in the same way.”

An accurate evaluation is the first step in pinpointing problems and identifying how a child learns or why they can’t. It provides specific solutions for a student — solutions that can change the entire trajectory of their education, and ultimately their lives.

A place to start

Any caring adult can request an evaluation for a child they think is not on track developmentally. Arizona Early Intervention Program (AzEIP) is Arizona’s statewide, interagency system of supports and services for infants and toddlers with developmental delays or disabilities and their families. AzEIP partners with community providers to provide at-home screening and determine eligibility for early-intervention services. Families can benefit from AzEIP until their child is 3 years old or no longer needs services. 3839 N. Third St., Suite 304, Phoenix. 602-532-9960 or des.az.gov/services/disabilities/developmental-infant

Dolores Tropianohttp://www.dolorestropiano.net
Dolores Tropiano is a Scottsdale freelance journalist and mother of two teenage sons. She was a reporter for the Arizona Republic for more than 20 years and hosted and produced a TV talk show on Channel 45 for 15 years.