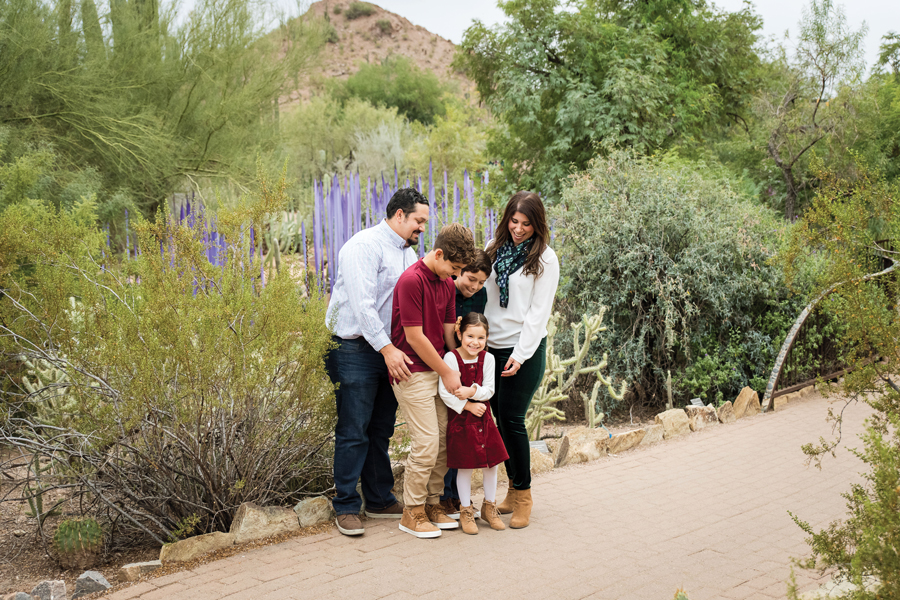 How one Valley couple is leading by example to teach their children the importance of making a difference.

Carmen and Francisco Heredia are working in influential careers not only to serve the community around them, but also in an effort to teach their three children the importance of making an impact.

The two met while attending Arizona State University pursuing their undergraduate degrees and wound up both working with at-risk youth in an underserved community.

“I saw him working with the kids and parents and thought he was cute,” said Carmen, and the rest is history. They’ve now been together over 18 years and married for 15 of those years.

After college, Francisco put his Political Science degree to use and began working his way into the political atmosphere. He went on to complete a Master’s Degree in Public Administration and now serves on the Mesa City Council as an elected official, while also working as a political consultant and running his own printing company.

Carmen, who got her Master’s degree in Social Work Planning and Administration, originally thought she would follow in her parents’ footsteps and go into direct care as a social worker.
“My parents were social workers and I think the world of people who do that for a living,” she said. “I learned very quickly that it wasn’t for me. It takes an emotional toll on you as the person providing the service. Going through that made me realize we need system changes and more access to healthcare, and I started thinking bigger picture.”

As a Mexican immigrant herself, Carmen not only had a personal connection to the community Valle del Sol serves, but also saw it as an opportunity to make an impact in her career field.

Now, for the past two and a half years, she has served as the Chief Executive Officer of the company where she spends majority of her time looking for ways to grow the organization and its outreach in the community.

As with many jobs in healthcare, Carmen said things did not slow down when the pandemic hit. Instead, Valle del Sol experienced a growth, especially when it came to its mental health services.

Because of the healthcare-related work, Carmen continued working in-person for the majority of 2020, despite stay-at-home orders, and eventually, she and her family all came down with COVID-19 at the start of the New Year.

“My daughter and I got it first,” she recalled. “We quarantined in my bedroom. The rest of them ended up getting it though and we were all quarantined together for about a month. It was pretty scary.”

Despite the uncertainties of the pandemic, Carmen said it wasn’t all bad. They, like many families, experienced a reset as their once hectic schedules slowed down and they found themselves spending more time together. 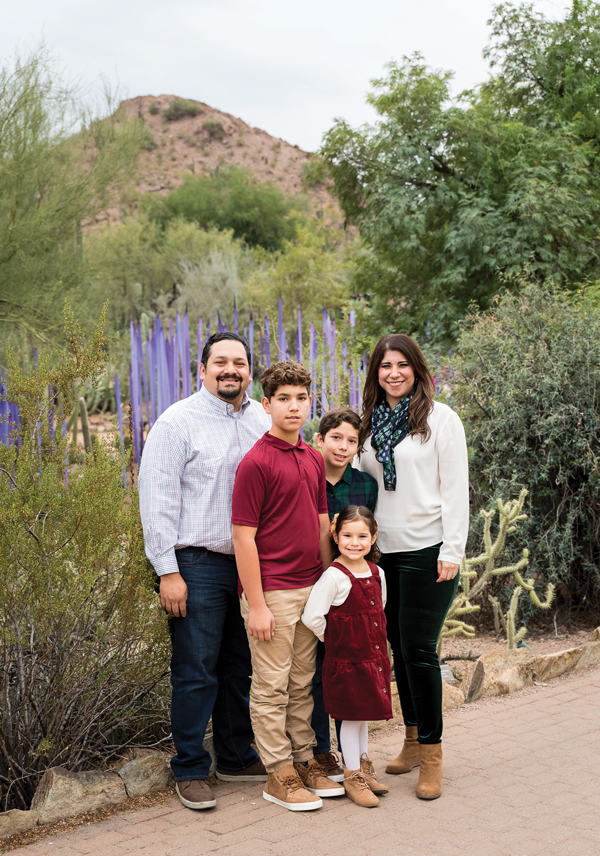 “We’re a very busy and active family so taking stuff off our calendar was a positive,” said Carmen. “Because of our jobs, we usually get pulled to do a lot of community events on evenings and weekends. But with none of that happening for the longest time, it felt really nice and helped us reprioritize things.”

Carmen said they were able to enjoy several family game and movie nights which they now try to do every two weeks or so with their three children, Israel (12), Pablo (10), and Andrea (5).

“We turn it into a party, have fun, and let the kids be involved by letting them pick or help make dinner,” Carmen said.

Some of their family’s favorite games include Monopoly, Clue, and a variety of card games, adding that they also love watching movies they haven’t seen before.

Now that things have mostly resumed to normal again, Carmen and Francisco are back to juggling their demanding careers and their kids’ busy school schedules, but are taking the lessons they learned during the pandemic with them.

“We’ve been pickier with what we attend and say yes to now,” said Carmen. “We prioritize our values.”

Carmen says the secret to handling it all is good communication and a great support system.

“I’ve learned to communicate a lot with my husband,” said Carmen. “I feel really lucky that he’s a family man and that we have great communication. Not every relationship goes down that route.”

After long days at work, picking up the kids from school, shuffling around to various sports and extra-curricular activities, Carmen said she and Francisco are just trying to teach their children how to handle the demands that come with leading a successful, yet meaningful, life.

“We are fortunate to have what we have—the education, mentorship, and opportunities,” said Carmen. “We ask our kids ‘how are you going to use your time on Earth to make a difference and improve the path for other people?’ It’s all about making an impact and doing something that you love.”