Meet the young creator and finalist in the Silicon Valley Challenge Competition! 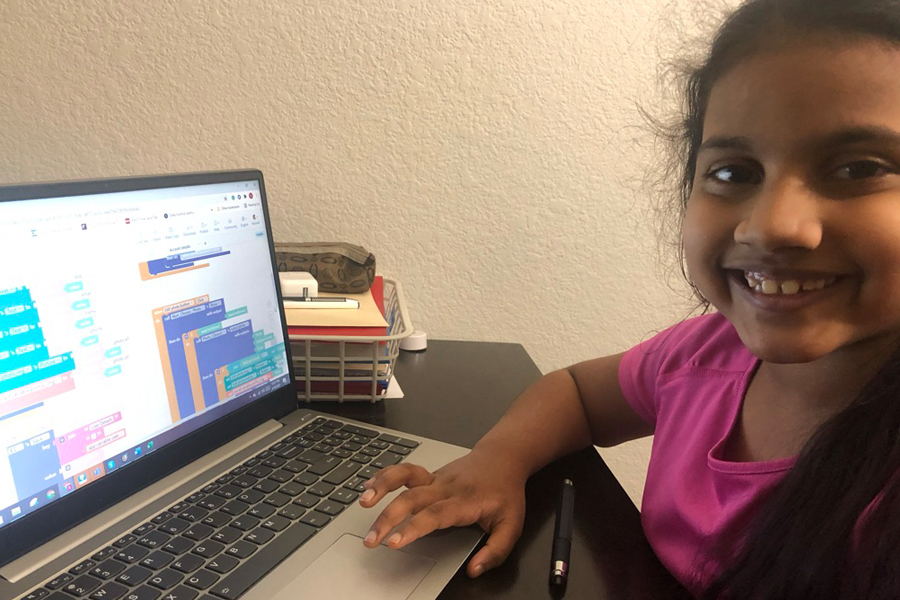 Sai Hasini Gnanavel is solving real-world problems when it comes to how we manage clutter. When she realized every family has possessions that they don’t use most of the time or no longer need, she figured it would be a great idea if people could use an app to rent or share their possessions with those who might need them for short periods. So she created “Rent and Share”: an app that allows people to fill out info and post photos of their possessions; they can email and chat with other users about their belongings. Oh, and did we mention she’s only 11 years old!

The Gilbert resident was able to gain the skills needed to create her app by taking coding classes at BYJU’S FutureSchool, byjusfutureschool.com, a virtual learning platform that teaches math, coding, and music via one-on-one instruction.

She is one of the thousands of coding students enrolled at BYJU’S FutureSchool who can enter the Silicon Valley Challenge after completing a certain number of coding classes. Sai’s father encouraged her to enter, and after working on the prototype for three weeks, she submitted her app idea to the Challenge in January 2021. A few weeks later, she learned that she had been accepted as a finalist. One of the perks is that she received professional guidance on making ideas into usable apps, including a mentor to guide her.

Thus “Rent and Share” was fine-tuned and a final version of the prototype was submitted in April. The app allows people to fill out the info and post photos of their possessions; they can email and chat with other users about their belongings and is open to anyone, provided they are at least 18 years old.

“‘Rent and Share,’ as the name suggests, helps in renting and sharing the items that we own with ease. We have a lot of household items and books that we use occasionally. They could be rented or shared with people who are in need. This also helps the people to know that such an item is available at an affordable price, and they need not buy such expensive items just for occasional use,” says Sai.

Sai is thrilled with the app’s user interface, and both her parents, who have software and technical backgrounds, are actively involved with helping her test and refine the app. In the future, she’d love to get the word out about it to her friends and family and pursue more coding as well.

Sai has also thought a little about her future and thought it might be great to merge her passion for coding with her interest in cybercrime investigation, as she loves detective work, mysteries, and solving crimes. The future is bright for this young creator!