While brainstorming for her honors thesis for Arizona State University’s Barrett, the Honors College, Swarner heard about the murder of a young girl linked to someone the girl had been corresponding with on social media.

“There was a news story that broke out about a 13-year-old girl in Virginia who had been using the Kik messenger app, and she decided to meet up with someone she met on there, which we all know is never a good thing,’’ says Swarner, a 21-year-old Maryland native and recent ASU grad. “The thing that really struck me was that her parents had never heard of Kik before and had no idea she was using it and were completely blindsided.”

Swarner immediately thought about her teenage sister, and realized her parents also would have been blindsided. That’s when she decided to help all parents better understand the online landscape.

“My sister was in high school at that time and was using Kik, and I knew my parents didn’t know what it was,” Swarner recalls. “That just seemed like such a problem to me — that kids were using these apps that parents had no idea about. I had been doing some research with mobile phone attachment and hacking groups, so I was already really interested in tech.”

Having worked as a research assistant in an ASU cyberpsychology lab, Swarner had the background to create a one-stop parenting resource about online trends and kids’ behaviors. That’s when her Parenting in the Digital Age website was born. She continues to run the website while working fulltime as a social media moderator and doing cyber security research and freelance writing for an Arizona tech website.

Parenting in the Digital Age (parentingdigitalage.com) features social media app comparisons and offers suggestions on how to increase security and privacy, from the “big four” of social media — Facebook, Twitter, Instagram and Snapchat — to many lesser-known messaging and video chat apps such as LINE and Ask.fm, an anonymous, question-based app that has been criticized as an easy facilitator for cyberbullying.

Swarner writes a weekly blog that details online trends and news that affects teens and young adults. Her latest concern is about Instagram’s effect on body image.

“There have been studies that have shown that girls have been significantly more impacted than boys by social media influence in terms of body image and self esteem,” says Swarner. “It’s frustrating, because I feel like a lot of teens see these fitness accounts and Instagram models, and they might not see them the same way they see celebrities on TV and magazines. They see that and think, ‘Oh well, she’s a celebrity, and this commercial is set up, and she has professional hair and makeup and photoshop.’ But with Instagram, they might be thinking, ‘This is a real photo, this is a real person. Why don’t I look like that?’ That disconnect between not knowing that Instagram models are also celebs can be hurtful.”

“I think it’s important that there’s a resource out there that’s not tied to a paid product or ad, and that really does have [parents’] best interests in mind,” she says. “I want to offer information that they want and that is helpful and makes them feel more confident and more empowered in making decisions regarding their children’s safety.” 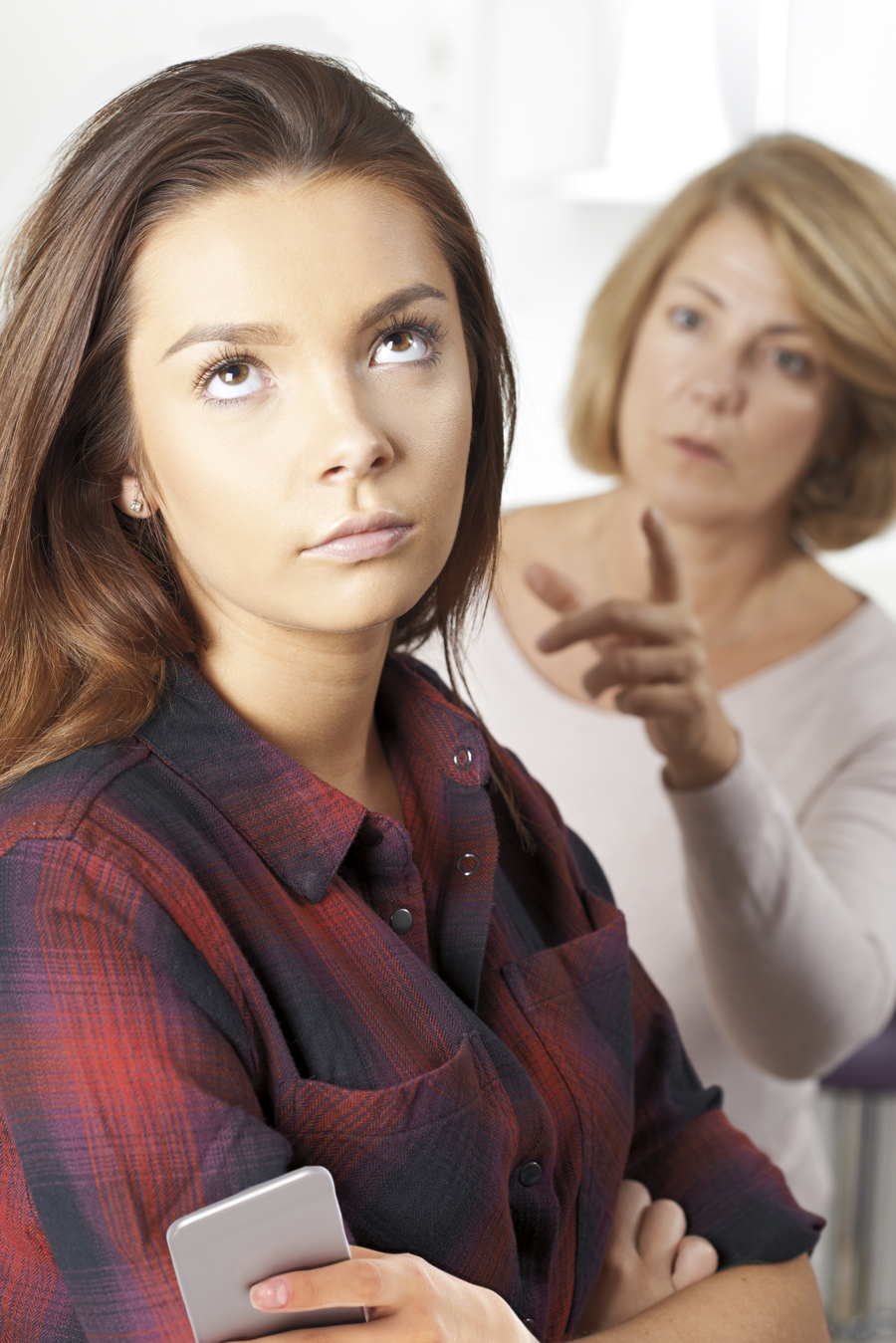 How do you think online bullying differs from traditional face-to-face bullying? I think with anonymous apps there is a huge difference. With regular bullying kids know who is targeting them and kind of [know] how to avoid that person. If they are putting themselves on these anonymous apps and they are getting this hate, they don’t even know where or who it’s coming from.

At what age should parents start talking to kids about online behavior? I think the younger the better when it come to talking to kids. [Young kids] may not be on social media, but they are playing games like Minecraft, and even there it’s important to start reinforcing values of kindness or to teach them that you do not give out any personal information online.

How can parents model their own behavior to discourage Internet overconsumption? It’s important that parents act in the same way that they expect their children to behave — that’s with anything, of course, but online especially. If you don’t want kids on their phones at dinner or bedtime, then parents should be doing the same thing. It is really hard when parents need to be on laptops or phones for work, but it’s important to take time to step back and check your usage time and to try and limit the time that you spend online in front of the kids.

What do you think is the right age for social media accounts like Facebook and Instagram? That’s tough, but I think it’s every parent’s choice, and it depends on a kid’s maturity level. Technically you are supposed to be 13 to use Facebook and Instagram, so I would say definitely at least that old. But I do know some parents let their kids use it much younger than that.

What do you think is the right age for a cell phone? I can understand kids being younger and having a phone, especially if they are maybe switching between parents’ homes or doing after school programs and they need to let [parents] know if something ends early or if they need to stay late. But even then, you can still put a lot of restrictions on phones. Giving a child a phone doesn’t necessarily mean you’re opening up the whole world of the Internet. But it’s a good idea to set up rules before you give your child a phone so they know what to do going forward as opposed to handing down rules as time goes on and confusing them.

With so many different social media apps, how do you determine what is popular with fickle kids? There are a lot of good tech websites like The Verge, and they are very tuned in to the business side of social media, so whenever there’s an app that’s growing in numbers or getting more investment, they’ll write about it, and that lets me know if there’s a big spike [in usage] for an app and if a lot of it is teens.

What social media apps are best for parents to monitor kids’ online behavior? Facebook is the probably the easiest to monitor, because it’s kind of accepted that people are friends with their family. But honestly, a lot of teens don’t feel like Facebook is cool anymore, so they’re not going to post things that they would on other sites. I know a lot of parents have Instagram, and they all friend their kids, but there is a trend making Finsta, or fake Instagrams, where they only friend their close friends and then they feel more open to post [anything].

How can parents encourage kids to come to them when something questionable happens online — rather than hiding it? It’s important to take a proactive approach before anything happens. Maybe when you’re helping your kid set up a new account, you can have a conversation that if they see something online, whether it’s bullying — or especially if it’s a threat — let them know that it’s very important to report things like that.

How can parents help kids deal with online bullying? Help kids understand how to block people if they need to, and encourage them to talk if either they themselves experience cyberbullying or if they see cyberbullying happening, because a lot of times kids are afraid to talk about it, because they feel embarrassed that they’re being targeted.

What actions should parents take if they become aware of a stranger trying to contact their child online? Be aware of features on apps and sites that show how to prevent strangers from contacting them in the first place. [Then explain why it’s important to block a stranger and not engage.] Make sure your children know to never answer a stranger or agree to meet up with someone in person. It’s even important that they not talk about their school on their profile or their age and things like that.

What’s something parents should keep in mind when setting rules for social media use? Most researchers agree that being too forward about monitoring kids in the beginning can actually be detrimental, because it reduces trust in them right off the bat. Kids need a sense of trust and privacy between them and their parents, but [monitoring] is definitely understandable. If kids’ behavior changes, [and parents see things] like grades going down, if they start feeling tired or withdrawn or giving signs that something’s not right, then that might be a good time to step in with monitoring software or to do things like friend your kid’s account and make sure to have their passwords.

Any new online trends that parents should know about? I think it’s really important for parents to know that there are actually pro-eating-disorder accounts on Instagram now. These are communities within Instagram that promote eating disorders and even go so far as having the admin hold followers accountable for not eating that day. It’s really hard to look at, because they post pictures of emaciated girls with the hashtag bodygoals.

Facebook
Twitter
Pinterest
WhatsApp
Previous articleWill Instant Pot change your life? We put it to the test
Next article5 questions with Danielle Wurth about getting organized