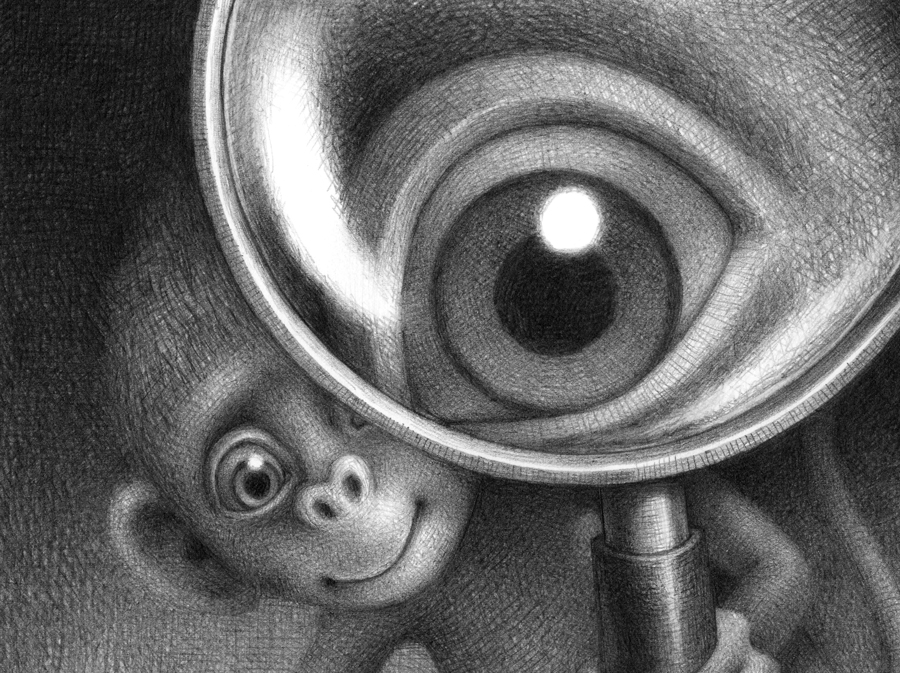 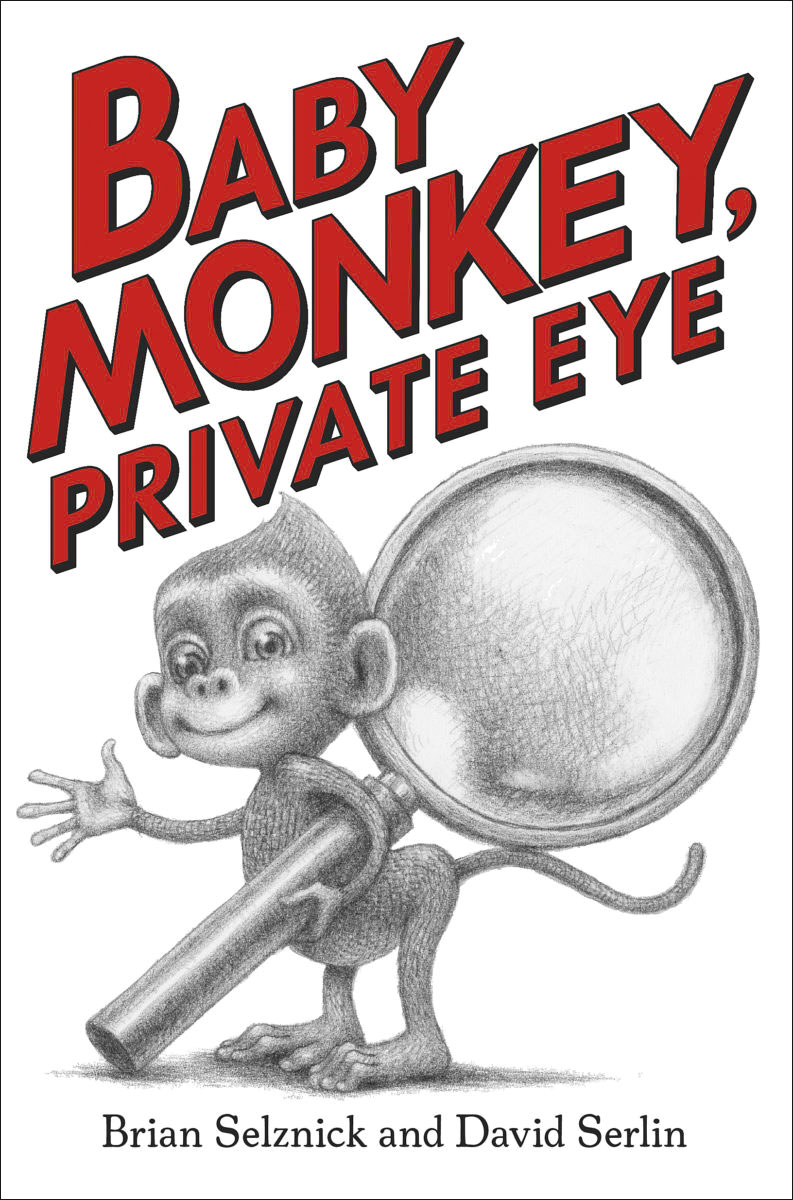 Oh, that Brian Selznick! He’s gone and done it again. He has made a spectacle — not of himself, but an honest-to-goodness spectacle, nonetheless. And it’s his fourth, at least.

Maybe it’s in the genes. His grandfather was a first cousin of the King of Spectacles, David O. Selznick, the producer of “Gone With the Wind” and “Rebecca,” among other blockbuster movies. Regardless of the source, Brian Selznick has an amazing talent for creating super-sized, cinematically framed and plotted blockbuster kids’ books.

His Caldecott Award-winning “The Invention of Hugo Cabret” broke all the rules. No one knew for sure whether it was a middle-grade novel, a graphic novel or an illustrated book — they just knew it was amazing. Later, he perfected this genre-bending approach in two other outstanding books.

His newest envelope-pushing effort takes everything you thought you knew about picture books and throws it out the window. “Baby Monkey: Private Eye” is another unique creation — and it’s a riot.

Written by David Serlin and illustrated with 120 detailed pencil sketches by Selznick, it is a 192-page, 5-by-8-inch picture book/graphic novel/easy reader/early chapter book that adults can enjoy as much as the 3- to 8-year-olds it was designed for. If you are thinking that one book can’t possibly be all those things at once and succeed at any of them, prepare to be pleasantly surprised.

Preschoolers, especially, will love Baby Monkey’s hilarious antics. Slightly older kids will enjoy being able to read the five short chapters. Both groups will like the repetitions, simple plots and the idea of having an “adult” sized book like one of Mom’s and Dad’s to lug around.

And speaking of grown-ups, they will find plenty to keep their attention while they are reading aloud to their own little monkeys. The illustrations contain Easter eggs, visual jokes and literary allusions aplenty and a “Key to Baby Monkey’s Office” that explains each reference. Also included are a mind-blowing “Index” and a wonderfully nonsensical “Bibliography.”

The book itself is a showcase of detective cases brilliantly solved by … Baby Monkey! He is the tiny, adorable Sam Spade of the simian world. Don’t make the mistake of underestimating him because of his youth and small stature, though. He’s methodical, clever and relentless, and he always gets his … well, you’ll see.

Only one thing gets in the way of his successful pursuit of the bad guys. Just one eensy-teensy thing. Not much of anything, really. Just his pants. That’s right. Our genius of detection devotes an abnormally large amount of his time performing professional-style wrestling routines with his pants. You have to see it. Getting dressed has never been so much fun, nor half so silly.

In addition to his own writing (with partner David Serlin), and his artistic collaborations with writers including Pam Conrad, Andrew Clements and Pam Munoz Ryan, Selznick is recognized for illustrating the 2002 Caldecott Honor book, “The Dinosaurs of Waterhouse Hawkins,” written by Barbara Kerley. It’s the true story of the eponymous artist, sculptor and showman who first brought life-sized dinosaur models to England and the United States.

He also writes and illustrates his own books for middle-grade readers. Each title deftly blends fact and fiction, past and present and words and pictures in fascinating ways, and each one has the feel of a kid-centric silent film directed by Alfred Hitchcock. Among them: 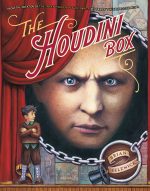 “The Houdini Box.” Victor, age 10, is a hapless self-not-very-well-taught magician who tries to imitate his hero, Harry Houdini. When he gets to meet him, the only advice he receives is contained in an old box. Ah, but what that box contains! 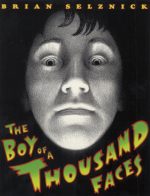 “The Boy of a Thousand Faces.” Alonzo, also 10, also has a hero: the horror film actor and master of disguise, Lon Chaney. He is obsessed with monster movies and making his own disguises. When a real Beast arrives in town, his previously unappreciated expertise is suddenly in demand. 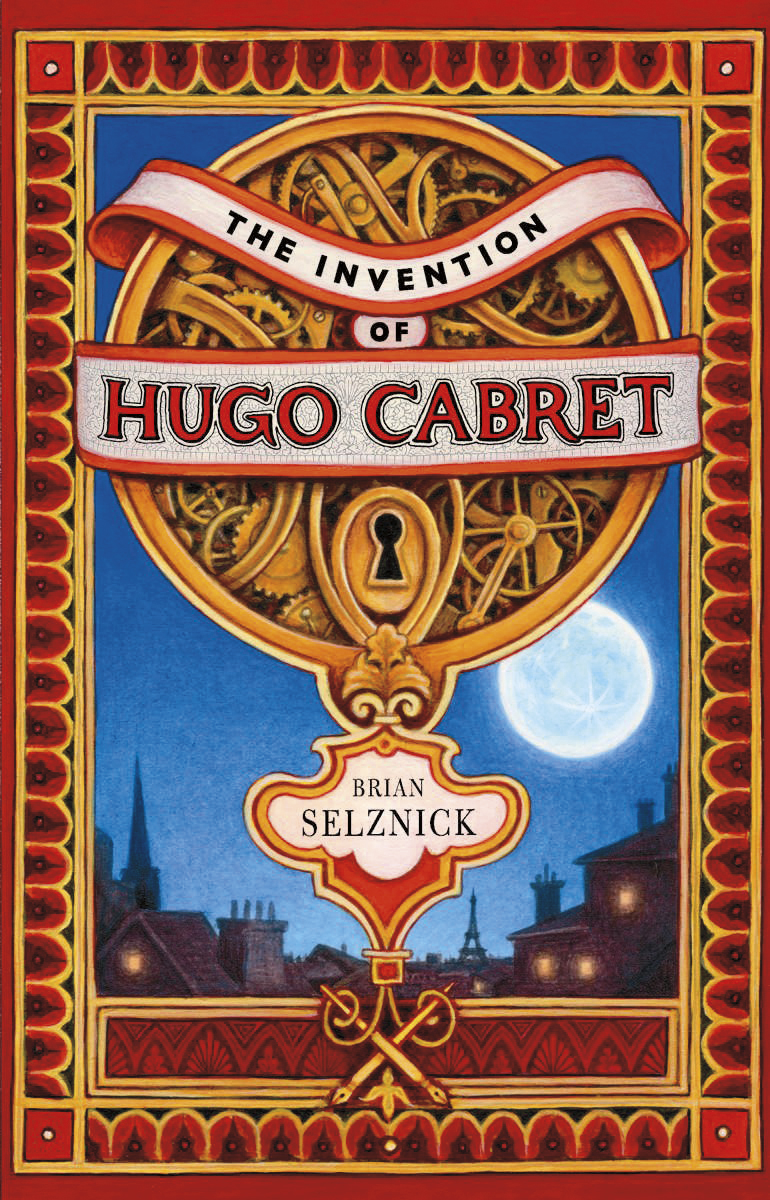 “The Invention of Hugo Cabret.” It’s 1937. Hugo, an orphan, lives mostly unseen and by his wits in the Paris train station. When his clockmaker father’s precious notebook of mechanical wonders is taken by the station’s brooding toy merchant to punish him for stealing, he is forced to ally with Isabelle, the man’s goddaughter, to get it back. Also a 2011 movie. 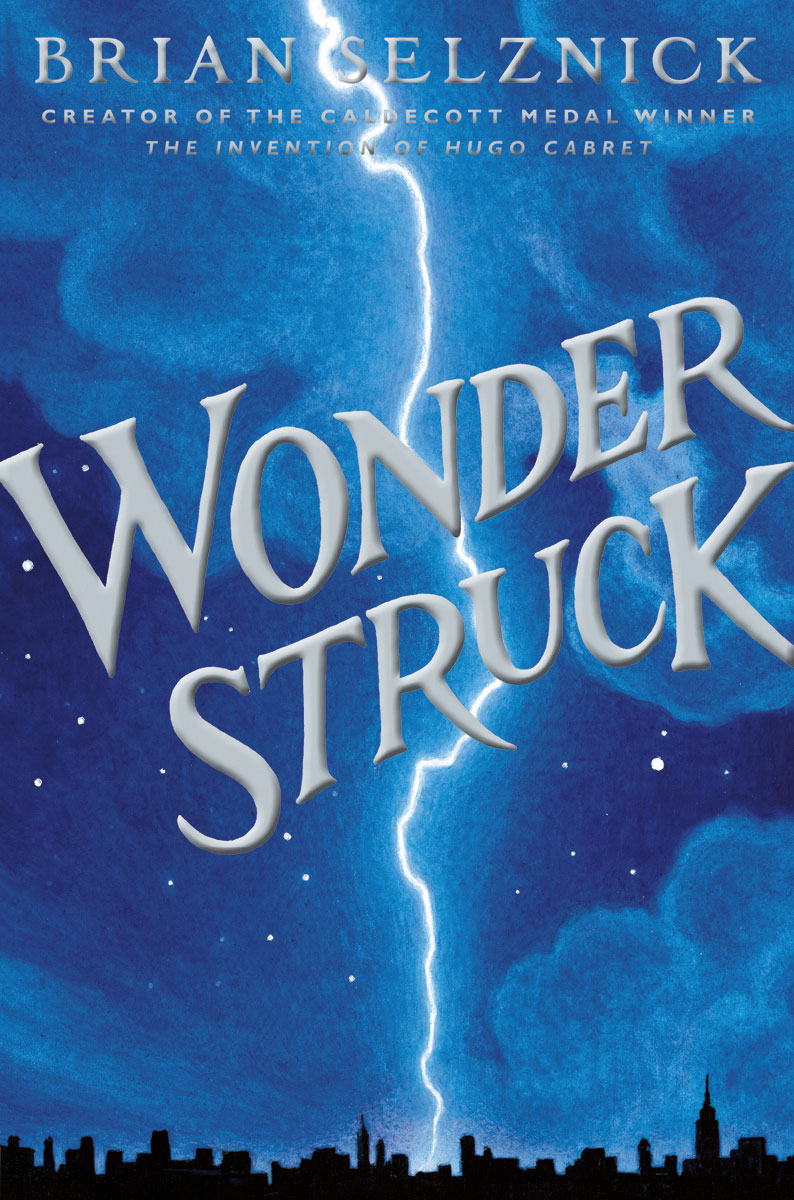 “Wonderstruck.” Ben and Rose are separated by 50 years and almost 1,500 miles. Their stories are told — Rose’s in pictures, Ben’s in prose — in alternating chapters. After his mother’s death, Minnesotan Ben runs away to New York City in search of the father he never knew. Rose, obsessed with a glamorous actress, ends up there, too. What they each find in the halls of The American Museum of Natural History will determine their futures. Also a 2017 movie. 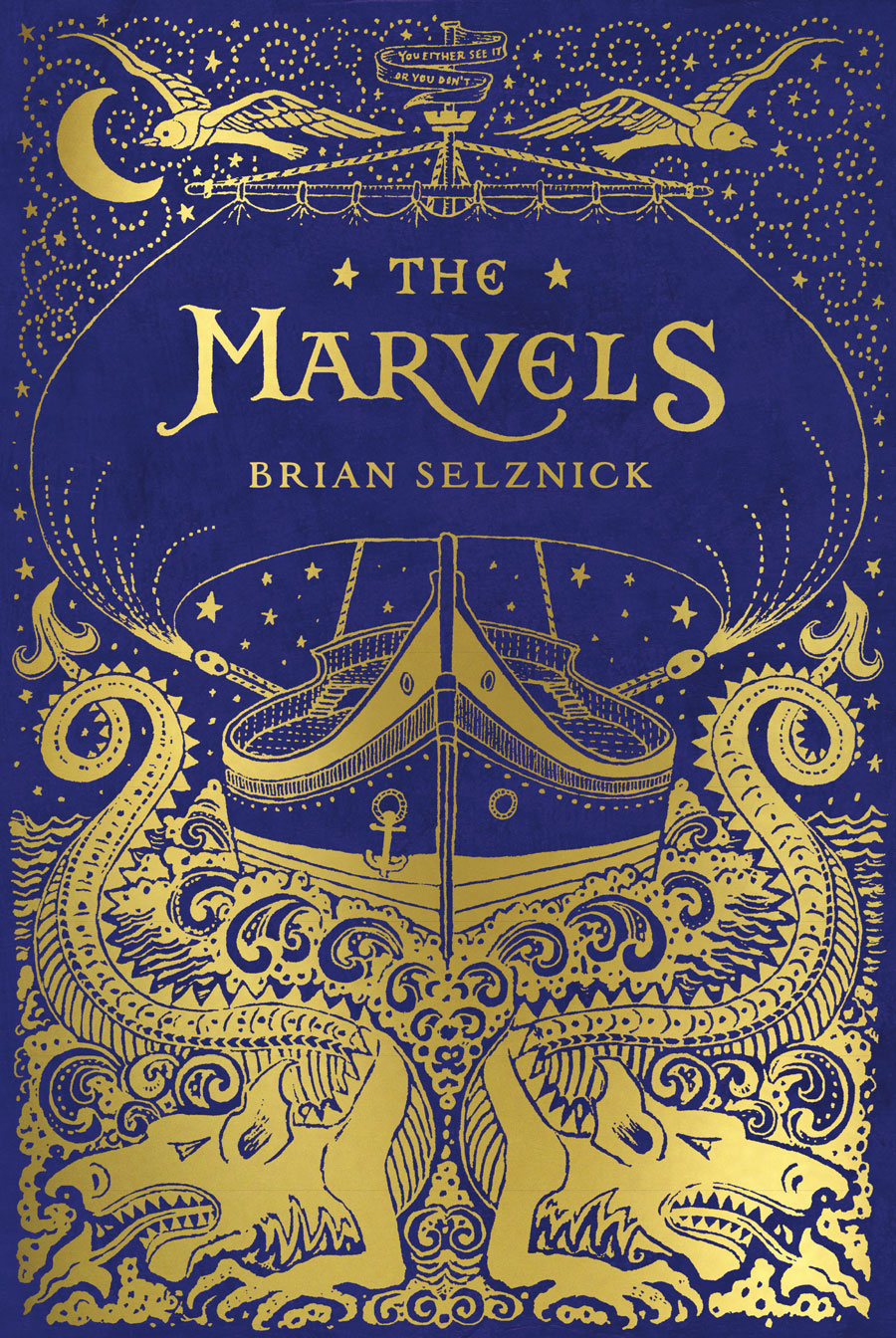 “The Marvels.” The first half of this nearly 700-page book is an enthralling history of a London theatrical family, the Marvels, from 1766 to 1900, told entirely in pictures. The second half, in text, and set in 1990, is the tale of 13-year-old Joseph, a runaway who shelters in his mysterious uncle’s museum-like mansion and tries to unravel the house’s complicated story, one fraught with heartbreak, love, deception and the lies people tell themselves to survive.

RELATED: Curl up with a kids classic book series