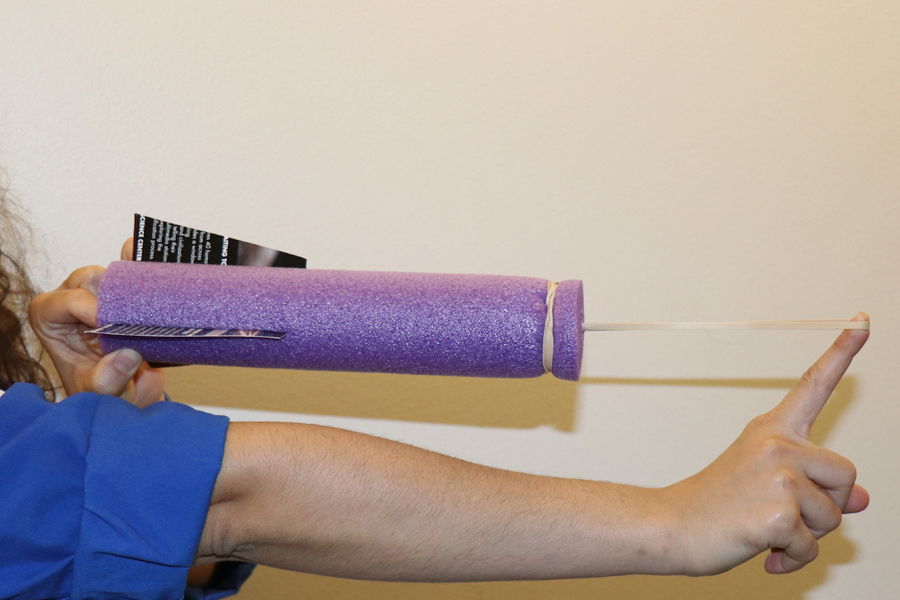 In 1969, Neil Armstrong became the first human to walk on the moon, and this month marks 50 years since the historic event. At Arizona Science Center, we will be celebrating the anniversary of Apollo 11 lunar landing all month long, including an official Apollo 11 50th Anniversary Celebration on July 20, packed with space-themed activities throughout the Center.

And while the Saturn V rocket that propelled Apollo 11 into space was 60 feet taller than the Statue of Liberty, mini rockets are a great way to observe the effects of propulsion, gravity and friction. In honor of this special anniversary, go ahead and create your own foam rocket flingers with a foam pool noodle and a few household items. 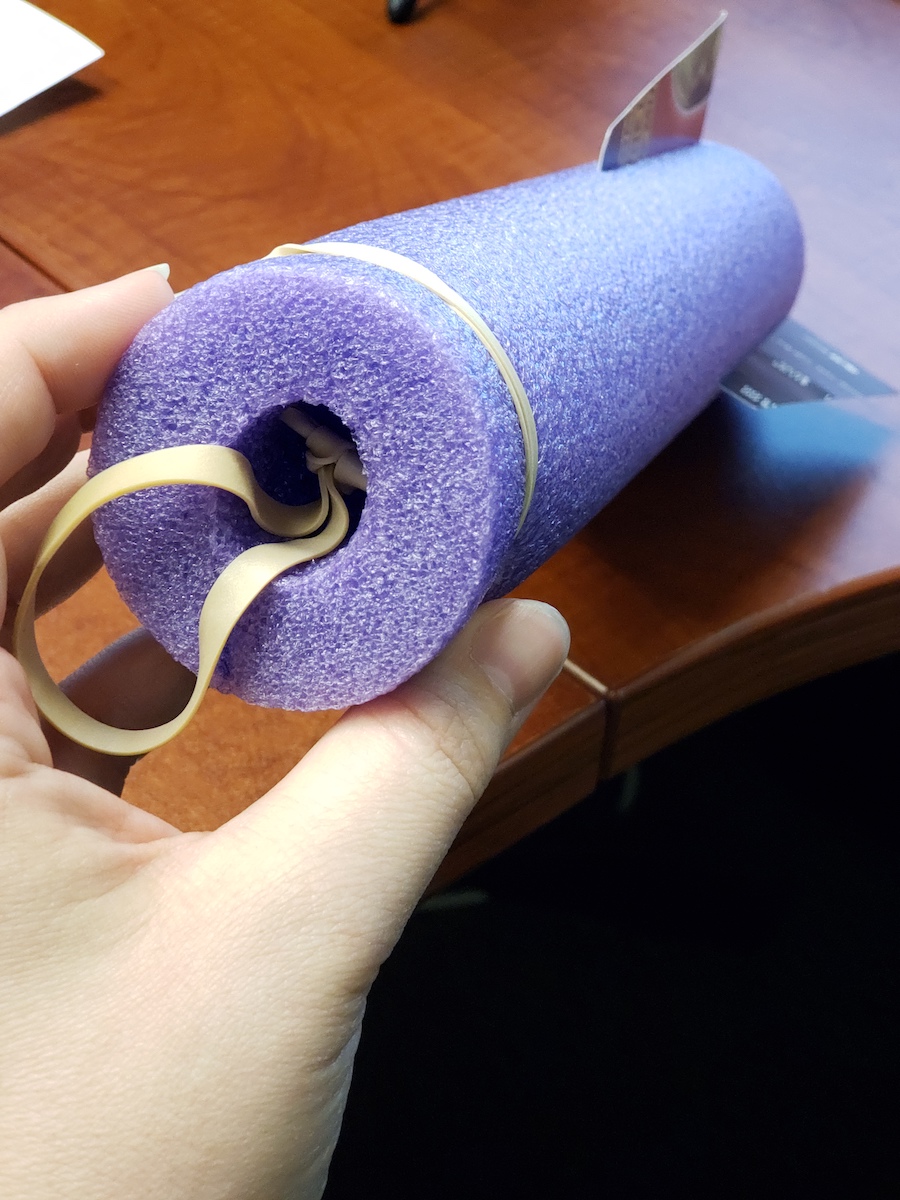 Make observations about the flight of your rocket: How far does it go? What is the shape of the rocket’s path? Does it speed up or slow down the higher it goes?

This rocket’s thrust is all produced by the rubber band, unlike real rockets that use fuel. When you stretch the rubber band, the force of it contracting back to its original size when released causes a pull on the rocket body and an opposite pull against your finger, thus, propelling your rocket forward.

The rocket’s motion and course is affected by gravity and by drag or friction with the atmosphere. The foam rocket is stabilized by its fins which, like feathers on an arrow, keep the rocket on track in the desired direction.

Facebook
Twitter
Pinterest
WhatsApp
Previous article
Comedians of #IMomSoHard coming to Scottsdale for two shows on July 27
Next article
What if my child is … (gulp) … average?