There’s snow place like the library! This month, cozy up with Maricopa County Library District’s winter-themed tales. Looking for more? Check out the library’s Discover Winter Tales Featured Collection at mcldaz.org for even more frozen fables! 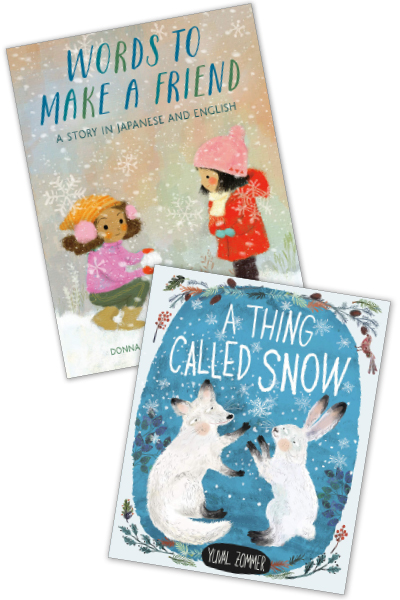 Words to Make a Friend by Donna Jo Napoli
When a young Japanese girl moves into her new house, she is happy to see a girl her age playing in the snow just outside her window. The only problem is the Japanese girl doesn’t speak English and the American girl doesn’t speak Japanese. But each girl’s love of the snow teaches them that they don’t need to speak the same language to have fun!

A Thing Called Snow by Yuval Zommer
Fox and Hare were born in the spring, but the seasons are changing and they hear snow is on the way. With heartfelt themes of friendship, curiosity, and the wonder of nature, this is a story families will love cozying up with together. The Sea in Winter by Christine Day
After an injury sidelines her dreams of becoming a ballet star, Maisie is not excited for her blended family’s midwinter road trip along the coast, near the Makah community where her mother grew up. This evocative and heartwarming novel tells the story of a Native American girl struggling to find her joy again. 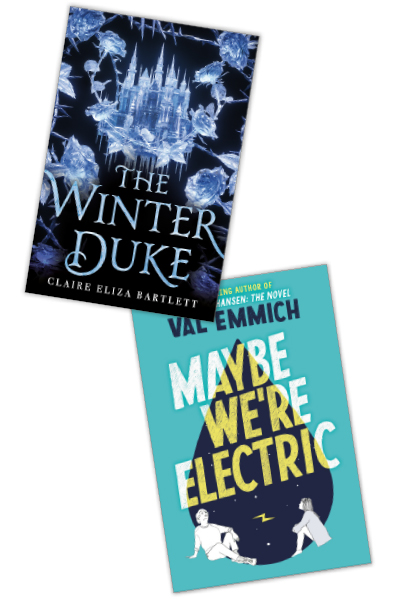 The Winter Duke by Claire Eliza Bartlett
When all of her family succumbs to a magical illness, Ekata Avenko reluctantly assumes the throne. While seeking a cure, Ekata must seize her family’s magic and power—and, if Ekata is to survive, she must quickly decide how she will wield them both.

Maybe We’re Electric by Val Emmich
From the bestselling author of Dear Evan Hansen: The Novel, comes a deeply affecting story of two teens who find themselves thrown together overnight during a snowstorm and discover a surprising connection. Emotionally vivid and endlessly charming, Maybe We’re Electric is an artfully woven meditation on how pain can connect us—we can carry it alone in darkness or share the burden and watch the world light up again. 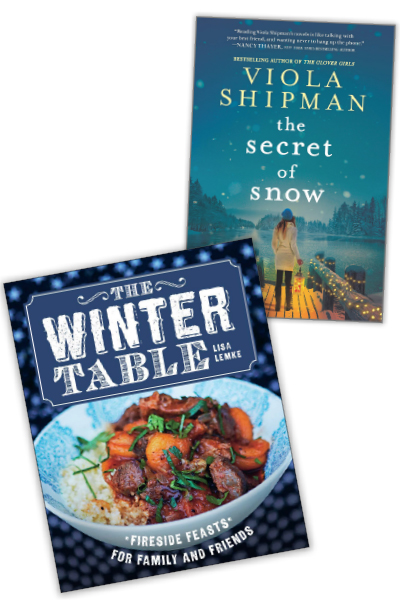 The Secret of Snow by Viola Shipman
After losing her job, Sonny is forced to move back to her hometown in Michigan. Not quite an outsider, but no longer a local, Sonny finds her past blindsiding her everywhere. In this story about second chances, Sonny must make peace with who she used to be and allow her heart to thaw.

The Winter Table by Lisa Lemke
Come in from the cold and celebrate with family and friends! Lisa Lemke’s cookbook presents the comforting delights of hearty wintertime meals, with 75 recipes that showcase wintery ingredients.

Need some reading ideas for your tween or teen? Librarians at Maricopa County Library District have selected some Teen Reads that are sure to...
Read more
Articles

Sponsored Content Childsplay Theatre, a pioneer in theatre for youth since 1977, returns to the theater with new plays and crowd favorites in its 46th...
Read more