In honor of Asian American & Native Hawaiian/Pacific Islander Heritage Month, Maricopa County Library District has handpicked books celebrating the history, heritage and culture of Asian Americans, Native Hawaiians, and Pacific Islanders (AA-NH/PI). Looking for more? Check out the library’s Featured Collection at mcldaz.org for even more titles to help your family learn about the rich and diverse cultures of AA-NH/PI people. 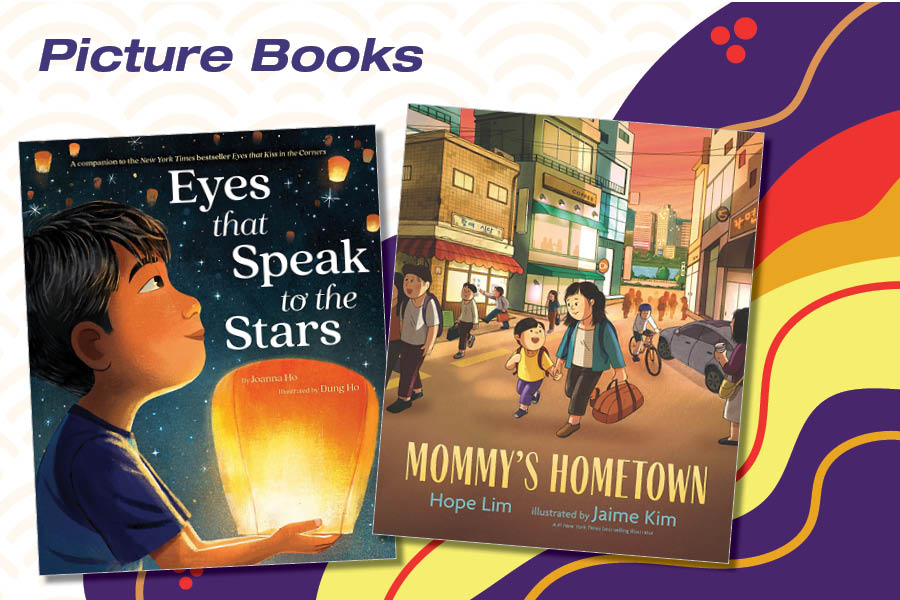 Eyes That Speak to the Stars by Joanna Ho, Illustrated by Dung Ho

When a friend at school creates a hurtful drawing, a boy turns to his family for comfort. Inspired by the men in his family, he recognizes his own power and strength from within.

A young boy loves listening to his mother describe the place where she grew up, a world of tall mountains and friends splashing together in the river. Mommy’s stories have let the boy visit her homeland in his thoughts and dreams, and now he’s old enough to travel with her to see it for himself. Sensitively pitched to a child’s-eye view, this vivid story honors the immigrant experience and the timeless bond between parent and child, past and present. 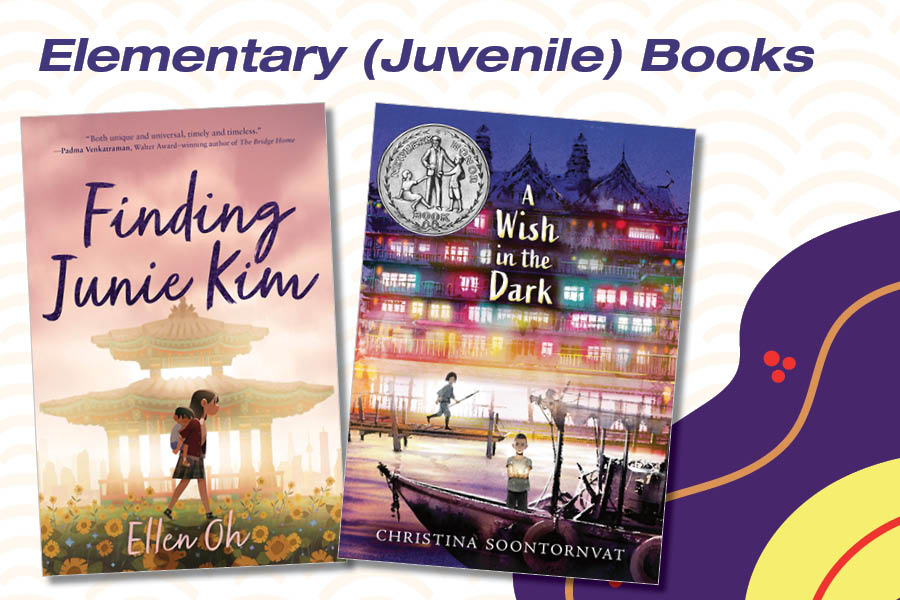 Motivated by an act of racism at school, this story—based on true events—follows the coming-of-age of a girl as she learns about her ancestral heritage and her grandparents’ experiences as lost children during the Korean War.

A Wish in the Dark by Christina Soontornvat

A Wish from the Dark follows two children: Pong, a boy who escapes the prison he was born in, and Nok, the prison warden’s daughter who has become a warrior. This compelling fantasy looks at issues of privilege, protest, and justice. 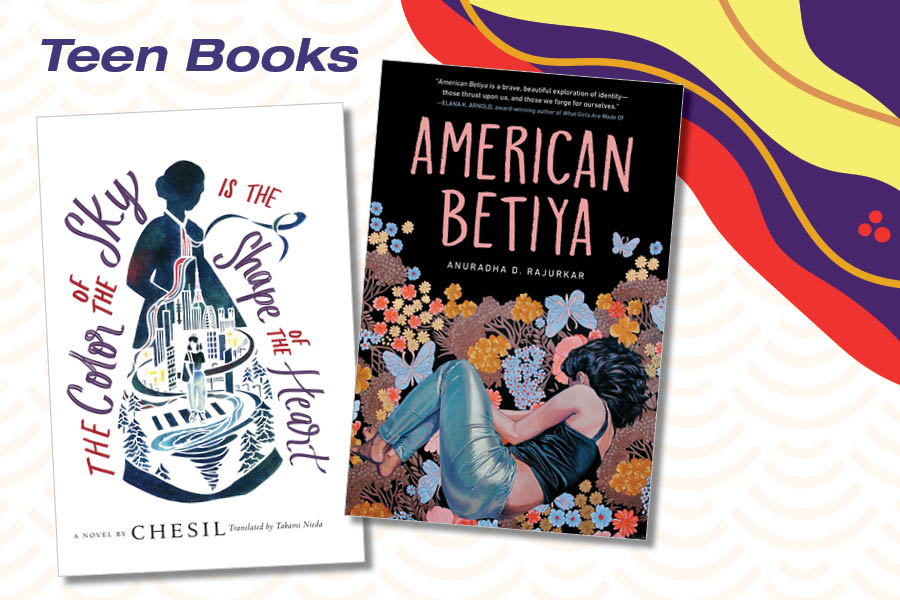 The Color of the Sky is the Shape of the Heart by Chesil, Translated by Takami Nieda

In witty and brutally honest vignettes, and interspersed with old letters from her expatriated family in North Korea, Ginny recounts her adolescence growing up Zainichi, an ethnic Korean born in Japan. Inspired by her own childhood, author Chesil creates a portrait of a girl who has been fighting alone against barriers of prejudice, nationality, and injustice all her life.

Eighteen-year-old Rani, a budding photographer, grapples with first love, family boundaries, and the complications of a cross-cultural relationship. 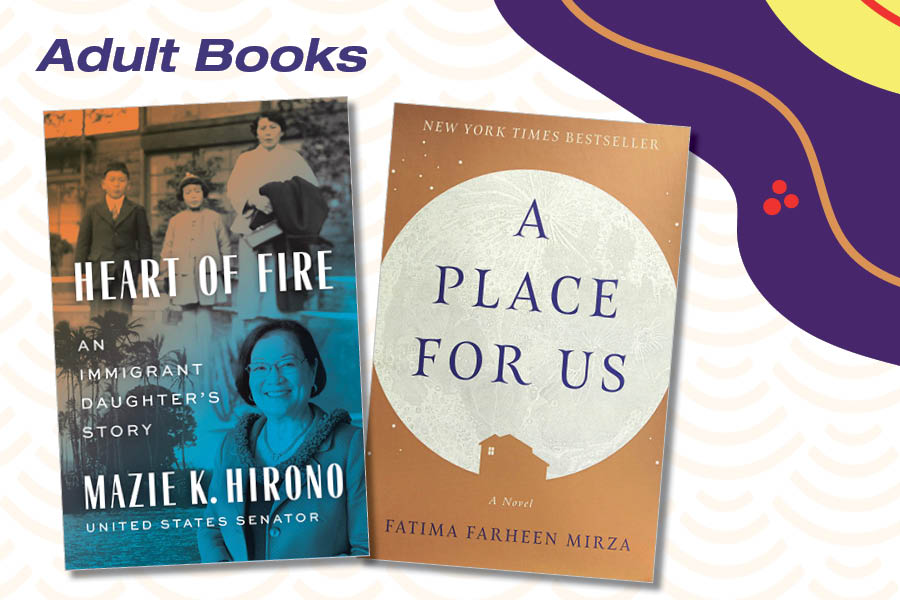 Heart of Fire: an Immigrant Daughter’s Story by Mazie K. Hirono
The true story of U.S. Senator Mazie Hirono. Raised poor on her family’s rice farm in rural Japan, Hirono was seven years old when her mother left her abusive husband and sailed with her two elder children to the United States. This is a moving account of a woman coming into her own power over the course of a lifetime in public service, and of the mother who encouraged her immigrant daughter’s dreams.

A Place for Us by Fatima Farheen Mirza

As an Indian wedding gathers a family back together, parents Rafiq and Layla must reckon with the choices their children have made. A Place for Us takes us back to the beginning of this family’s life—from the bonds that bring them together to the differences that pull them apart.

This meal was provided for RAK in exchange for an honest review of this dining experience. All thoughts and recollections are our own. Humble Bistro,...
Read more
Articles

While Americans happily celebrate the birthplace of our nation on the Fourth of July, many pets do not feel the same excitement.  Between July 4...
Read more
Articles

Summer break is a great time for families to relax, have fun, and keep those school-year stresses at bay. However,
Read more