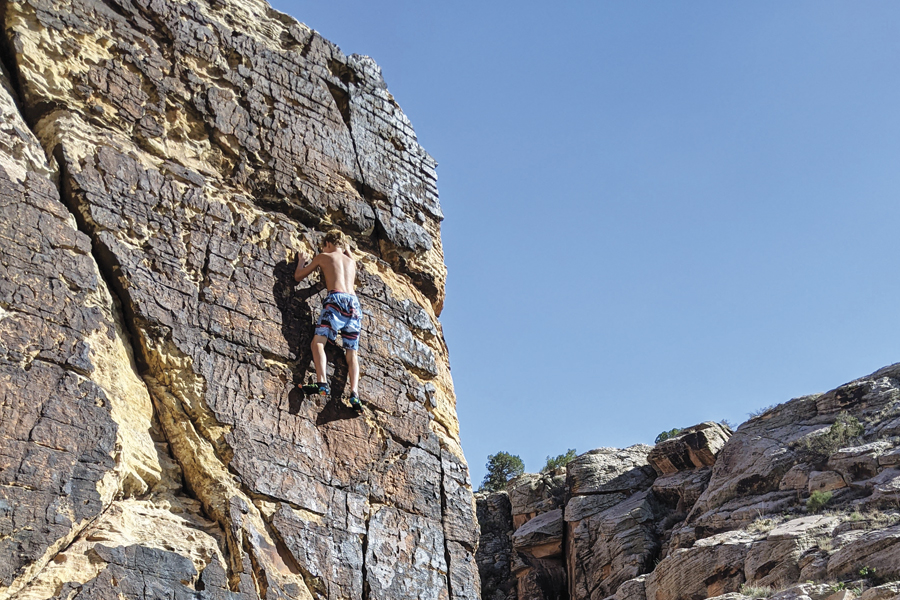 He didn’t think we’d let him when he asked. But he asked anyway. And after he climbed the sheer wall of that Winslow canyon, flipped off the top of it into the water below and swam back to our paddleboards and kayak, he admitted he didn’t think we’d allow him to try it.

That’s what I told him, an almost 13-year-old still trying to catch his breath, which he lost from a combination of physical exertion and adrenaline. He had rocked climbed before, but nothing that tall or sheer or wild. The big climbs he had done were reserved for indoor walls with harnesses attached.

But here, in Winslow, with a stunning creek below him, a misstep just meant a splashdown. That’s when we reminded him of measured risk, a philosophy we practice without preaching — meaning, we just live that way without having to think about it or talk about it. It honestly applies to everything, allowing the kids to explore and try new things that come with a balanced, palatable risk.

Some people may classify that as free-range parenting. Maybe it is. But for us, with kids who regularly want to test their limits, we encourage that spirit as long as we know they will benefit from it either physically or emotionally and we know those limits being tested are age appropriate.

To compare, minutes before he climbed and jumped from that cliff, which was 20 to 25 feet or so, we had pulled to the side on our paddleboards and kayak to allow a couple of daredevils to jump into the water from at least 60 feet up. Just the sound of them hitting the water hurt.

And without a doubt the kids asked to try it, but we only needed to shake our heads. That type of risk wasn’t worth it. But 20 to 25 feet? It was. Because it was just him on that wall. He had to rely on only him and the encouragement he heard from us, below.

And, he and his siblings had been building up to this type of thing. They all started small, jumping from rock outcroppings at the lake, graduating to actual cliffs that require depth checks and climbing higher and higher from there.

They moved from jumps at the lake to jumps in The Narrows at Zion National Park to jumps from a waterfall at Fossil Creek, to this — a true bouldering climb leading to a rewarding descent. And where they used to rely on us entirely to check for hazards and depth, they now work together to assess safety and decide where exactly to climb and jump.

We supervise, of course. But we’re backstops, in their minds. They’ve done the work and they get the reward.

And why would this be important, this whole exercise of measured risk? For me, it’s a proving ground for that phase of life where the teen years slide into early adulthood — for when they’re on their own with friends who may not have had a similar upbringing.

We’re not interested in raising adrenaline junkies, although it does make adventuring more fun. We’re interested in raising humans who respect danger and analyze risk before staring fear in the face and giving something a try. We’re raising little people who will know what to do when we’re not with them and they hear the call to try something new, potentially from uneducated friends looking for a thrill for thrill’s sake.

At least, that’s the idea. 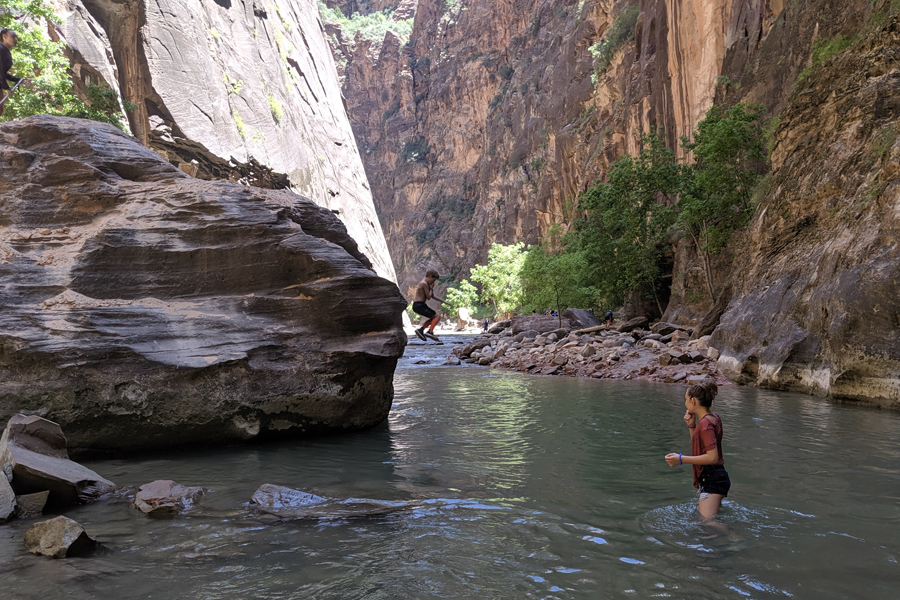 When it comes to measured risk, here’s what we’ve learned:

Lisa Alber is a Gilbert freelance journalist. Ron Abelar is an avid outdoorsman and photographer. Together, they are parenting five children. Follow them on Instagram @RaisingOutdoorKids

By Michael Aurit, JD, MDR Let’s take a look inside a co-parenting mediation. Having divorced a year earlier, the parents have both agreed to some...
Read more
Articles

This meal was provided for RAK in exchange for an honest review of this dining experience. All thoughts and recollections are our own. Instead of...
Read more