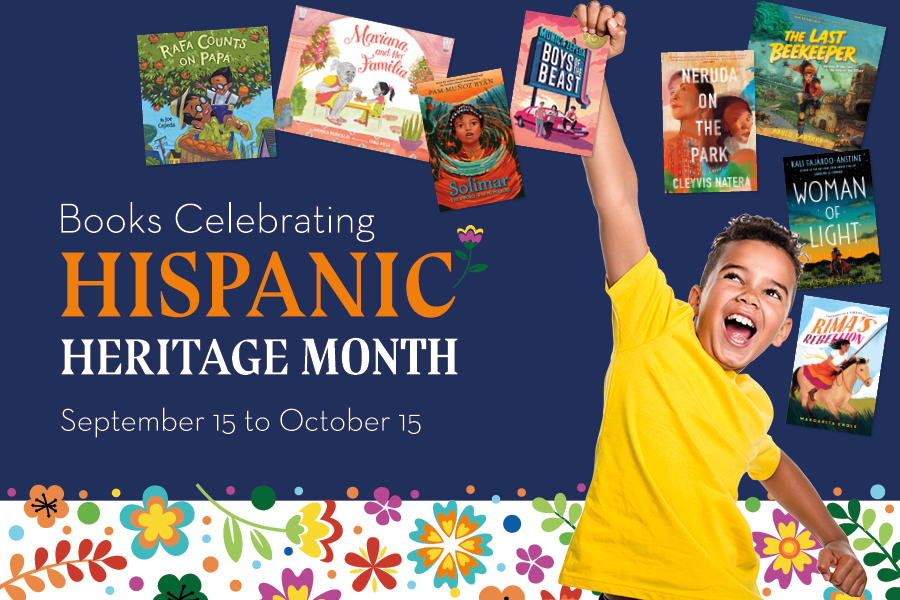 In honor of Hispanic Heritage Month (Sept. 15 – Oct. 15), Maricopa County Library District has handpicked these books celebrating the invaluable contributions of those with ancestry from Spain, Mexico, the Caribbean, and Central and South America to the history, culture, and achievements of the United States. Looking for more? Check out all your library has to offer at mcldaz.org!

Mariana and Her Familia by Mónica Mancillas
Mariana is visiting her abuelita and extended family in Mexico for the first time. Her tummy does a flip as she and Mami cross the frontera. Mariana is overwhelmed by new faces and Spanish phrases she doesn’t understand. But with a story, some kindness, and a few new words from Abuelita, Mariana discovers that the love of family knows no cultural divide.

Rafa Counts on Papá by Joe Cepeda
Rafa and his papá love to count and measure together. They know how many branches they climb to their favorite spot, they know how high their dog Euclid can jump, and they know how far they can run. But there’s one thing Rafa can’t count or measure because it is infinite: the love that he and his papá share. 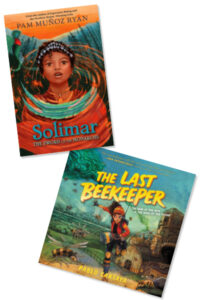 Solimar: the Sword of the Monarchs by Pam Muñoz Ryan
On the eve of her Quinceañera, Princess Solimar discovers that it will take more than magic to save her kingdom and prevent the destruction of the Monarch butterfly.

The Last Beekeeper by Pablo Cartaya
To prove that she belongs in a place where only the smartest and most useful are welcomed, twelve-year-old Yolanda learns that her survival rests on the rediscovery of a long-extinct beehive that could be the answer to everything. 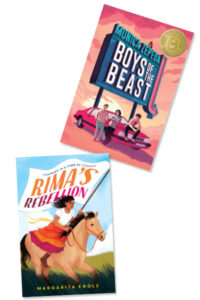 Boys of the Beast by Monica Zepeda
Three teenage boy cousins on a road trip through California and the Southwest come to terms with truths about their families and themselves.

Rima’s Rebellion: Courage in a Time of Tyranny by Margarita Engle
In 1920s Cuba, Rima is bullied and shunned for her illegitimacy, but finds solace in riding her horse and forges unexpected friendships with others who share her dreams of freedom and suffrage. 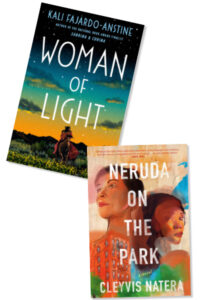 Woman of Light by Kali Fajardo-Anstine
Luz “Little Light” Lopez, a tea leaf reader and laundress, is left to fend for herself after her older brother, Diego, a snake charmer and factory worker, is run out of town by a violent white mob. As Luz navigates 1930s Denver, she begins to have visions that transport her to her Indigenous homeland in the nearby Lost Territory. In the end, it is up to Luz to save her family stories from disappearing into oblivion.

Neruda on the Park a novel Cleyvis Natera
Members of a Dominican family in New York City take radically different paths when faced with encroaching gentrification.