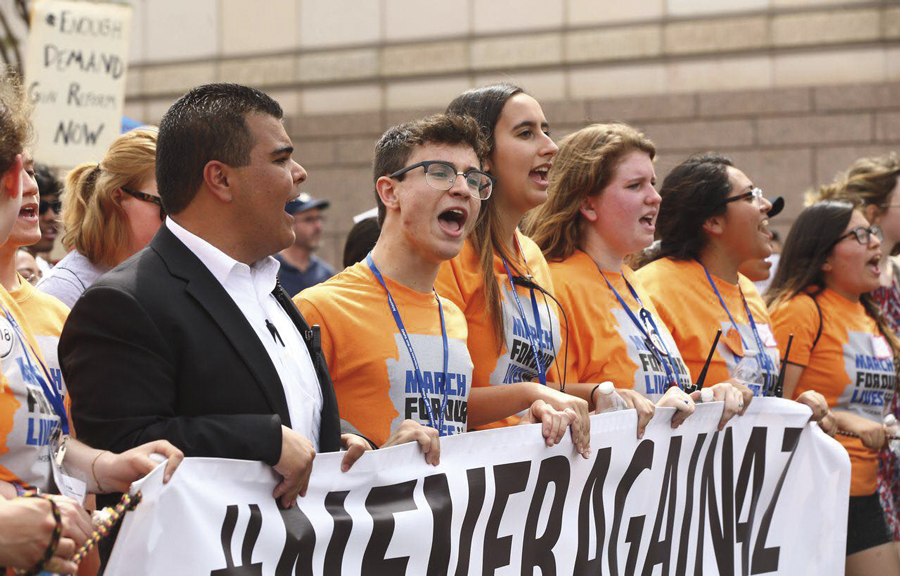 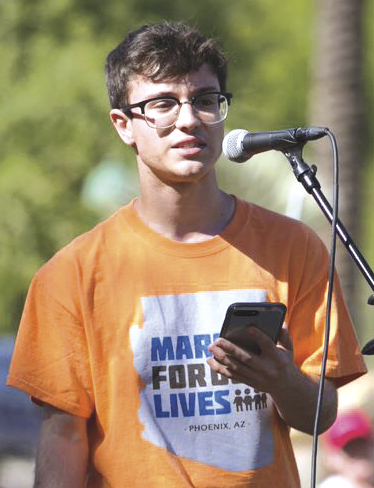 This spring, 25,000 local kids and supportive adults rallied at the state capitol to advocate for common-sense gun laws and school funding — specifically for school counselors and smaller classes — to make school a place where no kid has to fear for his or her life.

Harb is hopeful about the future, even as he’s witnessed the ugly side of politics. Republican legislators and the governor refused to meet with Harb and the March for Our Lives AZ kids, and counter-protesters stepped on and spit on them at a local “die-in.”

Jordan admits his grades at Mountain View High School have suffered from his activism, but he’s not flinching. Because adults won’t do what’s needed to protect kids, he says, kids are stepping up. “I care a lot more about this work than about my grade in math,” says Jordan, adding teens are waking up and realizing they have a voice. “There are so many students who are really paying attention now.”

What made you want to get involved in March for Our Lives? I was in [Arizona Senator] Jeff Flake’s office in Washington, D.C., the day Parkland happened with 20 Mountain View students in [the] Model United Nations [program]. The moment it came on the news, my teacher started crying. She said “Senator Flake, what are you going to do about this?” I could see he was emotional, he said something like, “This is terrible; it shouldn’t be happening,” but he wouldn’t offer any [legislative actions].

What gun laws do you want enacted? We want universal background checks at every point of sale, including gun shows, online [transactions] and person-to-person sales, and stringent reporting for background checks on those convicted of domestic abuse, stalking or assault. We want to ban bump stocks and accessories that turn semi-automatic weapons into machine guns. We also talk about safe gun storage. Everywhere we go, we pass out free gun locks. That is a really big issue — accidental shootings with legally purchased guns.

You also believe schools need more counselors/psychologists? Emotional support is just absent from the public school system. We have two part-time psychologists and six counselors focused mainly on college enrollment for 4,000 kids at Mountain View. Suicides on Arizona school campuses are happening more than people understand and are a big part of gun violence in schools. We want a 250-to-1 ratio of students to psychologists and counselors. 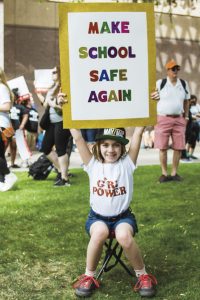 You say you share common ground with the Red for Ed movement? We share an uphill battle in the political culture of this state. We both care about and believe safer schools are funded schools with smaller class sizes.

What’s next for March for Our Lives in Arizona? We have a sizable Our Lives Our Vote grant from Everytown, [Gabby] Giffords, and NextGen America so that students across the state can hit the ground registering and activating fellow young voters. High school and college kids will be knocking on doors, hosting parties and talking about why it’s important to vote and be engaged. Kids don’t care what old people think. It’s peer-to-peer high school students talking about why they should vote.

RELATED:
• The Be Kind People Project works to create kinder kids and safer schools
• Red for Ed: Was Arizona teachers’ strike a moment or a movement?
• Choosing a school: Where to start as a parent