Confessions of a doting grandma 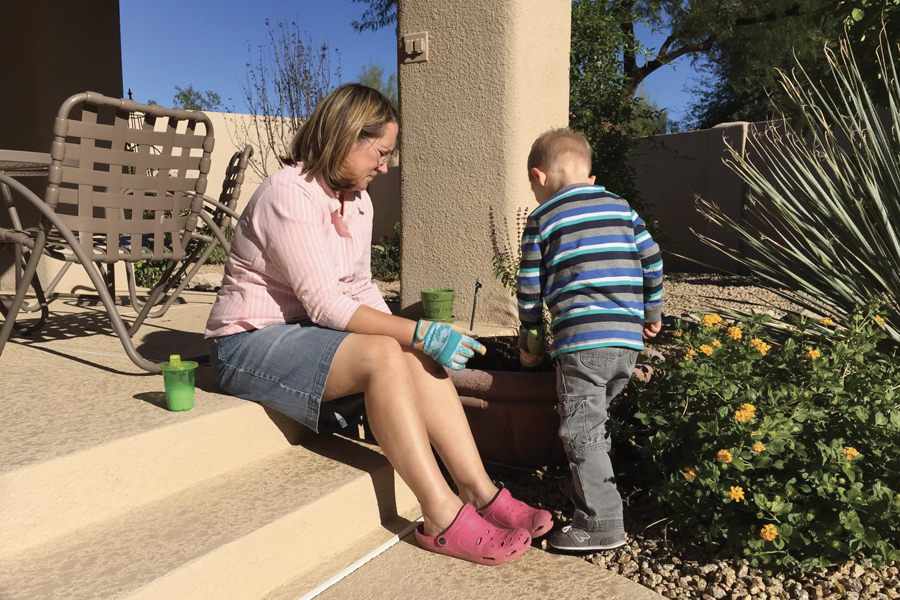 As a little girl growing up in a military family, I didn’t get to see my grandparents very often, and yet, the memories that I have are so vivid: Grandpa pretend-fishing with my brother and me in the back of his old pickup. Picking wild strawberries and rhubarb with my grandma to make a pie (she would always let me make my very own in a pot-pie tin).

Grandpa making homemade hot chocolate and toast for me, because that was my favorite. And Grandma secretly allowing me to throw away my peas when my mother wasn’t looking.

With all of my wonderful memories, you might think I would have dreamt of being a grandparent myself — to be celebrated on Grandparents Day. But I didn’t. And then, suddenly, there was Jackson — a little bundle of energy (still to this day) who never slept, never stopped moving and talked from the minute he woke up until the minute he went to sleep — often in mid-sentence.

Now I have five grandchildren — all boys. But Jackson was my first, and I have to admit, he totally turned me into a doting grandmother. Me — a former Marine, a no-nonsense mother of four, and a middle school English teacher, had become a doting grandmother! I wanted to make memories with Jackson, just like my grandparents had with me. He wasn’t even a year old, and I was already planning a week at Disneyland when he turned 5, and buying books he wouldn’t be able to read for years (thank you, Scholastic Books).

As a teacher, I would look forward to fall break or Christmas break to hibernate and recharge, but now I look forward to those breaks because I know Jackson will spend time with us — swimming, bowling, hot tubbing (his favorite), reading, cooking (he’s really good at cooking!), or building forts with friends in the woods. Jackson even gets me to watch shows that I never thought I would ever watch … and I like them! As a grandparent, I get to spend time with one of my favorite people.

I know Grandparents Day isn’t considered a top-ten blockbuster event, but that doesn’t really matter to me at all. I think being a grandparent should be celebrated every day, because we have a special place in the life of a child. We make a difference. I’m a little older, retired, and not as energetic as I once was, but I can’t wait until my other grandchildren are old enough to come spend time with and make memories with Grandma and Grandpa.

Shari Greene, a grandmother of five, is a former Marine and retired educator who lives in Show Low with her husband and two very spoiled dogs.

Win tickets to the screening of Dear Evan Hansen

If you're looking for a simple way to give back this fall, considering dropping by the Arizona Science center to check out their CANSTRUCTION®...
Read more
Articles

When one Valley mother noticed her baby ripping off his socks, she soon realized this was going to be an ongoing battle, and she quickly came up with her own solution.
Read more