Home Articles Win a free code to watch Justin Bieber: Our World
ArticlesGiveawayThings to do

Win a free code to watch Justin Bieber: Our World 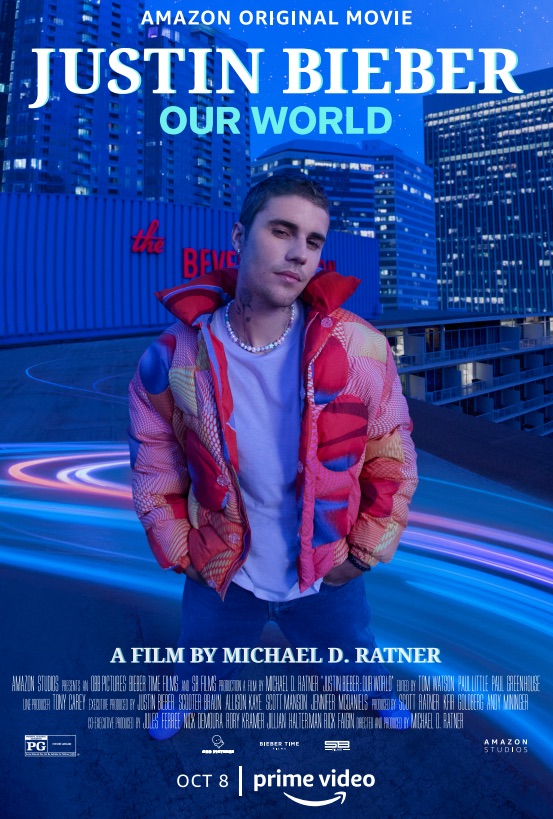 Enter to win a FREE code to watch the virtual airing of the Amazon original video, Justin Bieber: Our World.

On Tuesday, October 5, 7:00 PM there will be virtual advance screening of JUSTIN BIEBER: OUR WORLD.  This behind the scenes look will take viewers, backstage, onstage and into the private world of global superstar Justin Bieber as he delivers his first full concert in three years, set on a Beverly Hills rooftop on New Year’s Eve 2020. The documentary also features self-recorded footage from Bieber, giving fans never-before-seen personal and intimate moments that they will be sure to love. The film will premiere worldwide exclusively on Amazon Prime Video on October 8.    The film is rated PG.

SYNOPSIS: Justin Bieber: Our World takes viewers backstage, onstage and into the private world of the global superstar as he prepares for a record-breaking New Year’s Eve 2020 concert. After a three-year hiatus from a full concert, Bieber delivers an electrifying performance on the rooftop of the Beverly Hilton Hotel for 240 invited guests — and millions of fans across the globe watching via livestream. Produced and directed by award-winning filmmaker Michael D. Ratner, the 94 minute documentary follows Bieber and his team for the month leading up to the show as they rehearse and construct a monumental stage set. The film also captures personal self-shot moments between Bieber and his wife Hailey through the artist’s own lens.

If good food, wine, and live music sound like the perfect combination for a romantic date night, then Garage East Winery in Gilbert will be your new favorite spot.
Read more
Articles

Get your toddler into the pumpkin season with this easy apple craft! Supplies: Paper or canvas Apple. sliced in half Orange paint Paintbrush Googly eyes ...
Read more