Since Justice Sandra Day O’Connor retired from her seat on the Supreme Court in 2006, life’s been busy. Recently, the Arizona native has been promoting her newly published children’s book and her Our Courts project, a website designed to boost interest in civics education. [Editor’s update: Our Courts was later renamed iCivics.]

O’Connor recruited experts in law, history, education and technology to develop the project, a collaboration between Arizona State University and the Georgetown University Law Center. Experts considered the way 21st century students learn, the practical needs of teachers and schools and what is missing from basic civics understanding. With interactive games and videos for middle schoolers and curriculum-building modules for teachers that meet state standards across the United States, the website is the fulfillment of O’Connor’s vision to inspire young people to remain active participants in our democracy.

Talk about a school experience that had a lasting effect on your life.

I was an economics major at Stanford. I took a class as an undergraduate from a law professor named Harry Rathbun, who was absolutely inspirational. I don’t know if you’ve ever had a teacher or a professor who absolutely affected your life. You remember them forever. One reason he was so inspiring was his legal background.

Did that lead to your decision to enter law school?

Yes. And I loved the law school experience. I applied to the law school for early admission, and to my surprise I was accepted. So I started law school. And I didn’t know about being a lawyer. I didn’t even know if I wanted to finish law school!

You’ve talked about how tough it was for you, as a woman, to find a job with a law firm in those days after graduation.

There were notices on the placement bulletin board at Stanford from law offices all over the state. “Stanford law graduates: Call us, we want to talk to you about a job.” And I called them, and I’d had a very good record in law school. Not one of them would give me an interview. I was female. They wouldn’t talk to me.

Do you think that the middle schoolers of today, the audience you are trying to reach with the Our Courts project, have any familiarity with that kind of experience?

They don’t believe it. They think it came from a different era, or country.

But it wasn’t that long ago….

No it wasn’t. In 1957, none of the law firms in Phoenix would hire a woman. So I opened a law office with a young man I met while studying for the bar exam. The two of us rented space in a John Long shopping center near Indian School Road and 57th Avenue. We took what we could get. We did whatever came in the door.

Why become involved with the Our Courts project?

It’s sad but true that today, barely one third of Americans can even name the three branches of government—much less say what they do. Half the states no longer make civics and government and American history a requirement for high school.

Many parents might be surprised to learn that. What is the reason?

There are many reasons I suppose. But one is the unintended consequence of the No Child Left Behind laws. We tested American high school students, along with those of up to 20 other western nations. And our students came in near the bottom in math and science. The president and Congress thought that was frightening. So they provided federal money to public schools to be distributed to them for that purpose on the basis of test scores in those subjects. And if the test scores were good enough, the school was going to get money. And they did not test for civics. Or history. Or government. So, many of the schools abandoned teaching them. They wanted to focus on the things that would produce revenue for the school.

What is the outcome over time of leaving civics out of the curriculum?

Well it is devastating. We lose as a nation. The framers of our Constitution were brilliant in designing our system of government with three separate branches, each with some power over the other two. But the only way that we can maintain it as a democracy, with citizen participation and input, is if we have citizens who understand it. And if we lose that, we lose the very fundamentals of our country.

How can parents play a role in teaching their kids about civics?

Take [their children]…when they go to vote at the polls. Encourage them to contact people in government. Teach the child early on: Write a letter to your state legislator, or to your member of Congress, or to the governor and tell them about this situation, and see if they won’t do something about it!

How do you hope students will use the Our Courts project?

I want the students to use it in their spare time at home. It will be loaded with games to play. Go to that website and play some of those games. It will help teach them how to think and illustrate some of the issues that judges have to solve. And it will tell them how the judges do that, and let them learn the process. They’ll enjoy it.

One last question: do you miss your life as a Supreme Court justice?

Well, I haven’t had time. I’m too busy. I’m busier than I was on the court, in part because of this project—and others. 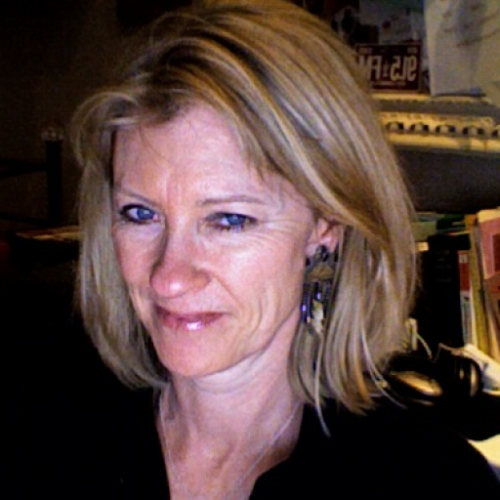