Kids need to know why our country is again experiencing a shocking amount of racial violence, especially against children and young adults, that is, in many cases, government sanctioned, if not initiated, and excused or defended by a sizable portion of our citizenry. 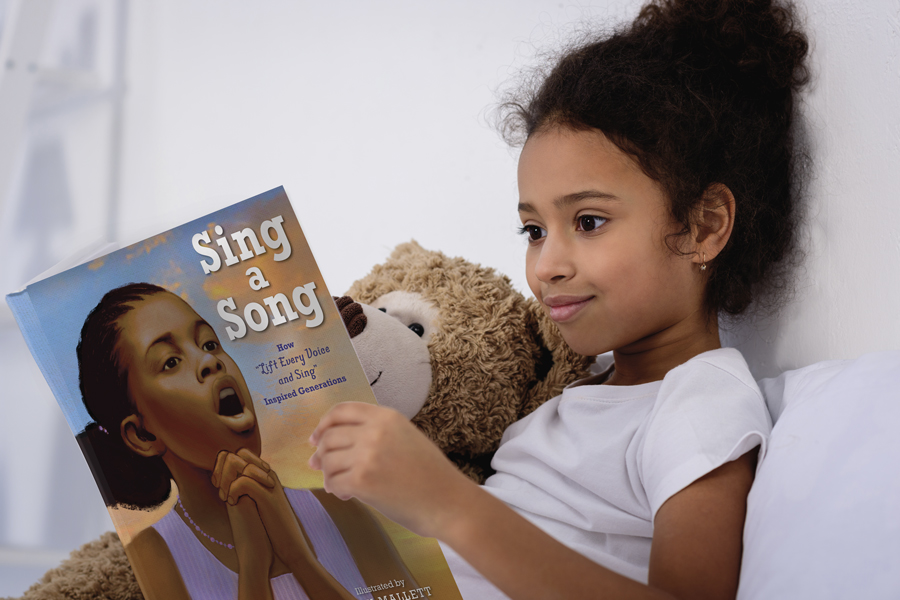 Well, this is awkward. I’m supposed to be recommending books for Black History Month, but I’m feeling pretty conflicted about the whole thing. It’s not because the very idea of Black History Month is controversial in some circles. It’s been called racist, discriminatory, non-inclusive and unnecessary by people of widely differing political affiliations.

It’s also not that there is a dearth of excellent material about being, or having been, black in America. The last few years have been something of a golden age for writers of color writing about people of color thanks to loud and proud advocacy campaigns, like We Need Diverse Books, led and supported by some of today’s best and brightest authors — Ellen Oh, Nic Stone, Tracey Baptiste, Jason Reynolds, Angie Thomas and John Green, to name just a few.

And it’s definitely not that I don’t believe books make a difference. I passionately believe they can and do change attitudes and behavior. I wouldn’t do this work if I didn’t. Think of the impact of “Uncle Tom’s Cabin.” Upon meeting the author, Harriet Beecher Stowe, Abraham Lincoln reportedly said, “So you’re the little woman who wrote the book that started this great war.” Hyperbole, but not untrue.

Words can change the world.

Unfortunately, a lot of words today are sent into the world on social media without proper thought, care or deliberation, but can still produce frightening, immediate and consequential change. But a true paradigm shift is an uphill battle these days precisely because of social media’s design. Eliciting a knee-jerk emotional high that needs constant reinforcement is a feature, not a bug.

No, my ambivalence about Black History Month is because I’m sorry that it’s necessary — and I believe that it absolutely is — to draw attention to the struggles and achievements of African-Americans. American history should be the true and unvarnished story of all of us. Warts and all. It shouldn’t require carve-outs for racial, ethnic or religious groups in the name of fairness and honesty.

However, corporate-owned, profit-hungry mainstream media with its stripped-down newsrooms and its “if it bleeds, it leads” mantra has neither the interest in nor the ability to clean up our history books.

Many schools lack the funds for newer, more nuanced and inclusive textbooks. Some state boards of education happily sacrifice historically accurate textbooks for ones useful for political and religious indoctrination. So, yes. Omissions, over-simplifications and untruths require attention. If there is no spotlight, it’s easy to say you just didn’t see. If something is illuminated, looking away becomes your choice.

President Gerald Ford officially designated February as Black History Month during the 1976 Bicentennial to encourage Americans to “seize the opportunity to honor the too-often neglected accomplishments of black Americans in every area of endeavor throughout our history.” Most schools responded by incorporating BHM offerings in their curricula, and have for many years, and most busy parents were and are happy to let schools shoulder the bulk of the burden of educating their kids about race relations. The result has been a kind of heroes and horrors approach. Younger kids learn about the challenges and successes of outstanding African Americans and older ones learn about the evils of slavery, the Klan, lynchings and Jim Crow laws.

Ford’s declaration coincided with the last of the Boomer babies entering middle school. We know that Boomers (born 1946-1964), whose childhoods also tracked with the 1954 Brown v. Board of Education ruling, the Civil Rights Act of 1964 and the Votings Rights Act of 1965, were markedly more tolerant in their attitudes toward race than any previous generation. We also know that every succeeding generation polls as more liberal than their parents. Study after study shows this. Can it be chalked up, even partly, to the remedial education provided by Black History Month? Association isn’t causation, but it sounds like something good is happening, right? Maybe not.

When researchers Candis Watts Smith and Christopher DeSante (“Beyond Ideology and Resentment: The Dimensions of Whites’ Racial Attitudes”) drilled down into American National Election Studies data, they found that tolerance for diversity increased with Millennials and Gen Z partly because there are more racially and ethnically diverse individuals in the cohort. Levels of “white racial resentment” did not change significantly from the mid-1980s through 2014, although white millennials are much more nuanced in their racial attitudes than their elders.

Sixty-nine percent believe racism is a major problem in the U.S., don’t approve of inequality and injustice and do not fear other races. That’s the good news. Now the bad: Seven of 10 believe that hard work is all it takes to be wealthy. They have “no concept or understanding of institutional racism and racial privilege.” Between 20 and 30 percent believe black people are lazier than whites. Ouch. So much for nuance.

So yes, I’m concerned that relegating African American history discussions to classrooms, PBS and the History Channel, and to a single month has warped the perception and minimized the importance of the subject. It’s like binge-watching a season on Netflix. There’s the build-up, the part where you try to remember what happened last season, the binge, and then the amnesia sets in again. History is difficult enough for kids to grasp without having it presented in the same way as mass market entertainment. History is not just what happened way back when to shadowy dead people. It’s a living, breathing continuum of human experience that includes them, that shapes them.

We are dutifully teaching to the test, but it’s the wrong test, and it disrespects our children’s intelligence. In hitting the high points over and over — the heroes and the horrors — we wear down and smooth out the peaks. We make the extraordinary, both good and bad, mundane. We don’t talk about what’s really going on, every minute of every day. We tell reality to shush.

Children, in age-appropriate ways, need an honest accounting and a thorough understanding of how and why our country acquiesced to the evils of slavery and developed laws and institutions that tipped the scales against recovery when it was gone. That means teaching about voter suppression, and legal, educational, and employment inequality. Kids need to know why our country is again experiencing a shocking amount of racial violence, especially against children and young adults, that is, in many cases, government sanctioned, if not initiated, and excused or defended by a sizable portion of our citizenry. We stunt their ethical and intellectual development if we don’t. We need to do better.

Books can play a role in that effort. Use biographies and works of non-fiction that break down and explain governmental and economic policies. Especially, use outstanding novels that tell the stories of relatable characters experiencing the effects of those policies. Make these books a part of your kids’ regular reading routine at home, in every month. Then talk.

I asked the women of Epiphany Book Club to help me compile this list. As African American mothers and educators, they are on the front lines of the current crisis. These are some of the books they share with the children they love. The titles they passed along are both fiction and non-fiction, for preschoolers through high schoolers. Some are simple, some are Solomonic exercises in ethical complexity. All are filled with pride, and especially, hope. I hope you will share them with the children you love.

“I believe that unarmed truth and unconditional love will have the final word in reality.”
– Martin Luther King Jr., 1964

From his lips to God’s ear. 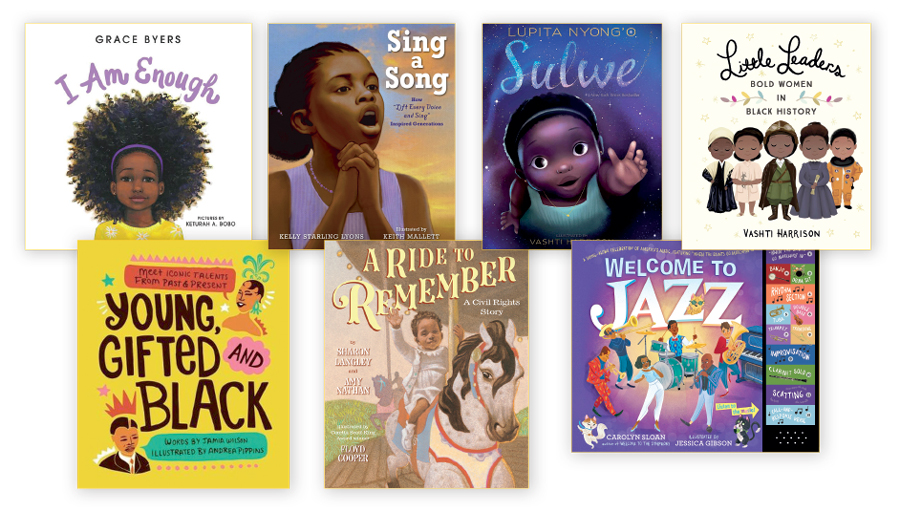 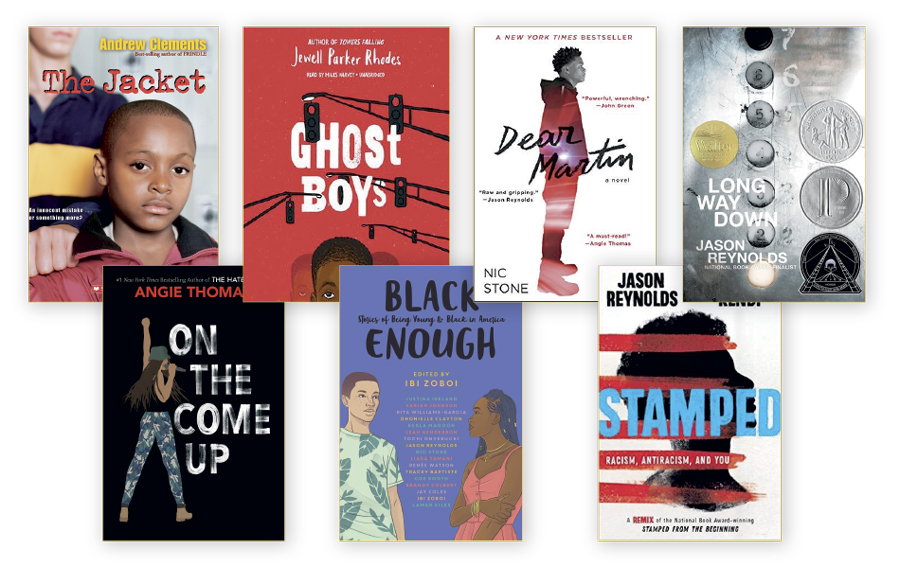 “New Kid,” a graphic novel by illustrator and cartoonist Jerry Craft received the Newbery Award, the top honor from the American Library Association for most outstanding contribution to children’s literature in 2020 for a story about middle schooler Jordan Banks’ struggle to fit in at a prestigious, mostly white private school with a decided diversity problem. Jordan’s efforts to survive in an often hostile environment and make friends are often comic, sometimes awful and always real. “New Kid” captured the 2020 Coretta Scott King Author Award as well. 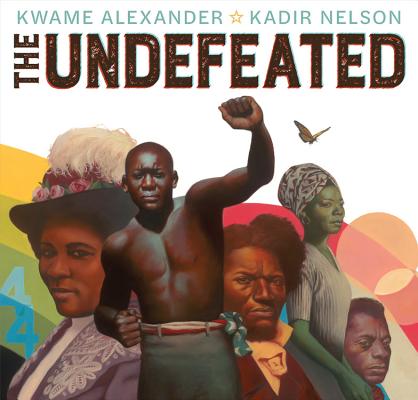 “The Undefeated,” a moving prose poem celebrating the triumphs and terrors of black life in America was awarded the Caldecott Medal by the ALA for 2020’s most distinguished picture book. Illustrator Kadir Nelson was honored for his marvelous photorealistic depictions of African American historical figures. The words are by a past Newbery winner (for “The Crossover”) Kwame Alexander. “The Undefeated” is one of the first books published by Alexander’s own Versify imprint with Houghton Mifflin Harcourt. This passionate, inspiring work intended for elementary school students also won the 2020 Coretta Scott King Illustrator Award and a Newbery Honor Book citation. You will never see or feel another history book quite like it.

Mildred D. Taylor was honored with the Virginia Hamilton Award for lifetime achievement for her contributions to children’s literature. Taylor’s multiple award-winning nine-book saga of the Logan family of Mississippi began in 1975 with “Song of the Trees,” and is based on the oral histories told to her by family members. The final volume, “All the Days Past, All the Days to Come,” was published this month and follows the family from World War II to the Obama presidency. “Roll of Thunder, Hear My Cry” won the 1977 Newbery Medal. All her books make the importance of family, as well as the horrors of slavery and segregation accessible to young readers.

Schools out and you might find your kids have a lot of extra time on their hands. Maybe you’ve even heard “I’m bored” a...
Read more
Articles

Babysitter cancel? Summer heat have you not wanting to leave the air-conditioned house? On a budget? You can still enjoy a fun evening with...
Read more
Articles

Rent a Backyard Pool This Summer

Ever wanted to have a backyard summer get-together but lacked the space for it? Maybe you’ve envisioned having a family barbeque or pool party...
Read more